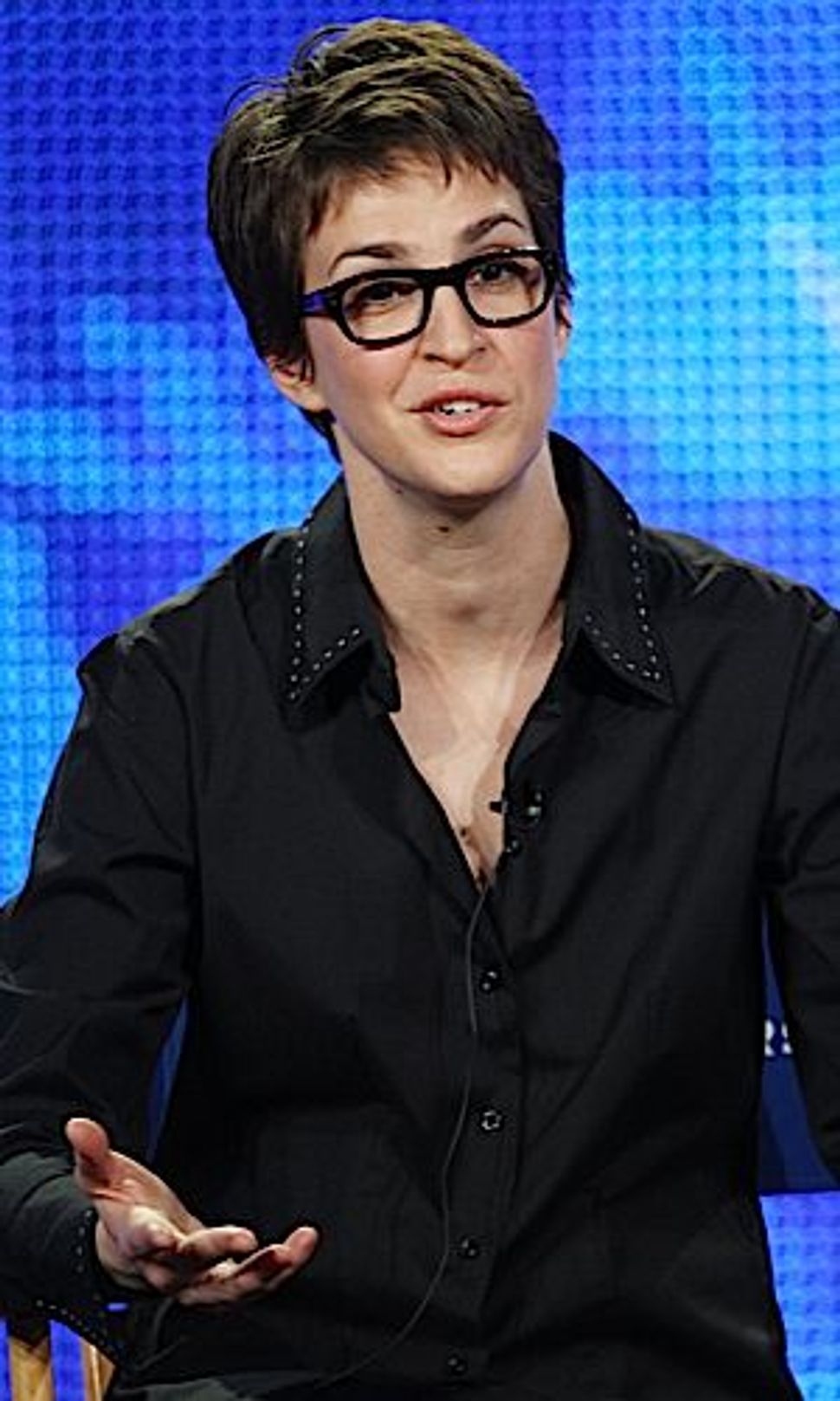 Since then, the movement to get Moore to re-address the rape allegations has swelled on twitter under the #mooreandme hashtag and even spawned an intense intra-Jewish feminist smackdown between Naomi Wolf and Jaclyn Friedman on the Democracy Now! program.

So when Maddow and Moore took the stage last night, there was a maelstrom swirling around them, and they both sat under a spotlight of “don’t screw up” scrutiny. Maddow, to her credit, came out of the gate swinging — asking Moore to address the allegations, and getting him to make this statement.

“Every woman who claims to have been sexually assaulted has to be, must be taken seriously. The charges have to be investigated to the fullest extent possible,” he said, telling the audience that he started a rape crisis center in Flint, Mich.

“Mr. Assange has to answer the questions,” Moore added, before getting back to his WikiLeaks hobbyhorse. While he didn’t address the controversy he himself had spawned, he did manage to clarify his position on rape in a fairly satisfactory way. Watch here.

I have to say, this is the third time this year Maddow has handled a tricky situation with a survivor’s instinct, if not grace. When people like Bill Maher and Keith Olbermann (and yours truly) were slamming the “Rally for Sanity,” she civilly challenged Jon Stewart for an hour on his drawing equivalences between Fox and MSNBC. She got him to spell out his philosophical approach to his role in the news landscape in a way no one has before; she opened the door for us to judge him based on his own standards. And when Olbermann got suspended by their shared parent network, she managed to show solidarity with him without giving him a free pass or insulting the network brass too brazenly.

All three times, she’s come under tremendous pressure from us rabble-rousing progressive hordes on the Internet to be our voice on the television screen and our representative in the mainstream — and she’s done it. She’s done it while retaining her relationships with three big-shot progressive male heroes who are all inconsistent ideologically in ways that she is not. Through her relationships with them, she’s maybe even educated them.

For this, I can even give her a pass for referring last night to the Y as a YMCA, not a YMHA (although I hope someone educated her today).