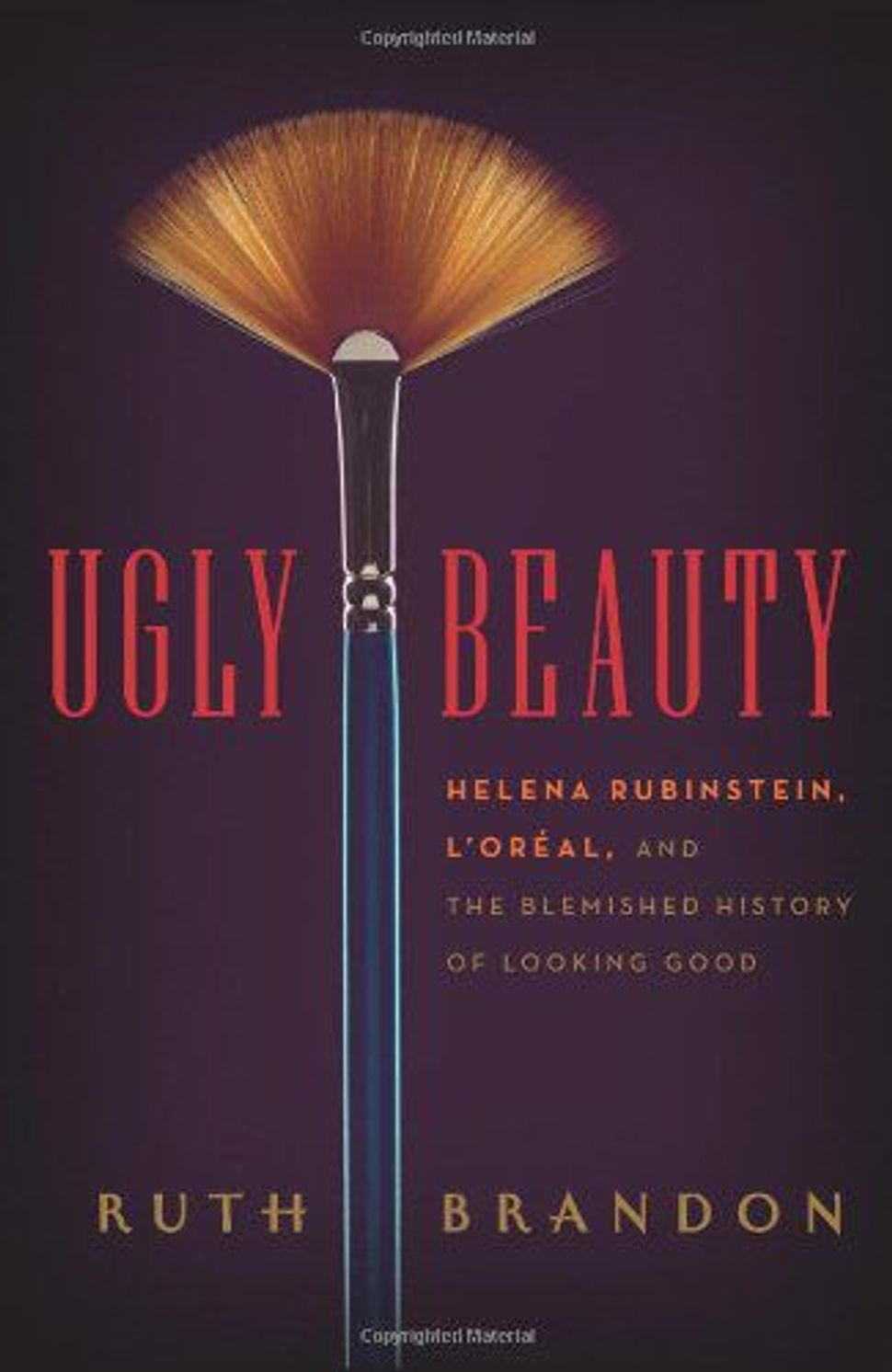 In “Ugly Beauty: Helena Rubinstein, L’Oréal, and the Blemished History of Looking Good,” Ruth Brandon tells the story of Rubinstein, a self-made cosmetics tycoon who came from a poor Polish-Jewish background, and her battle with L’Oreal founder and Nazi collaborator Eugène Schueller, who acquired her company. The book delves into their lives, and includes one particularly delicious anecdote about how Rubinstein purchased a whole Park Avenue building, after being told that she could not move in because she was Jewish. “Ugly Beauty” also takes a look at gender politics, and the ways in which they are informed by the cosmetics industry.

Medical journalist Randi Hutter Epstein takes into account both science and superstitions for her new book, “Get Me Out: A History of Childbirth from the Garden of Eden to the Sperm Bank.” The book plumbs medical advances, the shift in attitudes toward reproduction and the ethical questions that today’s high-tech options present. Hutter Epstein also looks at the way in which gynecology has been impacted by numerous taboos and cultural beliefs surrounding childbirth.

Now in paperback, cultural critic Susan J. Doulgas’s “The Rise of Enlightened Sexism” looks at the formation of a new, more devious breed of sexism that has risen up in pop culture during the last decade. Doulgas, a professor of communications at the University of Michigan, mixes humor and statistical analysis to look at the different female types that have emerged in movies, television and music, and the ways in which they promote retro ideas of women under the guise of female power.

Peggy Orenstein, author of the widely acclaimed “School Girls,” writes about the rise of the girlie-girl in “Cinderella Ate My Daughter: Dispatches from the Front Lines of the New Girlie-Girl Culture.” Orenstein uses her own experience as a mother to fuel her investigation into the pink and princess mania entrancing young girls today. She looks at the toy and entertainment industry, and interviews historians, psychologists and other parents to try to understand how this culture, which places undue emphasis on appearance and materialism, evolved and what, if any, harm it does to young girls.

Translated from German, “An Exclusive Love: A Memoir” is a half-real, half-imagined memoir by Johanna Adorján about her grandparents, Holocaust survivors who relocated to Denmark after the war. When her grandmother discovered she was sick, many years later, her grandparents decide to take their own lives. Adorján contemplates her grandparents’ suicides in light of the pattern of suicide among Holocaust survivors, while also resurrecting the often-glamorous story of their lives.

In “Brooklyn Story,” Suzanne Corso tells a coming-of-age tale about a half-Jewish, half-Italian 15-year-old girl. The novel is set in Bensonhurst, Brooklyn in 1978. Protagonist Samantha Bonti dates handsome budding mobsters and takes advice from her brassy Grandmother Ruth, all the while dreaming of crossing the East River.

First-time novelist Ida Hattemer-Higgins explores fantasy and memory in “The History of History.” The story begins with Margaret Taub waking up outside Berlin with most of the previous year erased from her memory, the result of a mysterious trauma. Taub, who works as a tour guide showing visitors around Nazi sites, begins to experience nightmarish visions as the city turns to flesh. She soon finds herself being pursued by the wife of one of Hitler’s ministers, while also encountering the ghost of a Jewish woman who killed her family and herself to avoid the Nazis.

In “A Man in Uniform,” Kate Taylor, author of “Madame Proust and the Kosher Kitchen,” tells the story of a fictional François Dubon, whose regimented bourgeois life is upended when he is hired by a mysterious woman to look for proof of innocence for Captain Alfred Dreyfus. Taylor uses the historical episode of Dreyfus’s alleged treason as a backdrop, as Dubon becomes wholly consumed by his quest for justice for his client.

Erika Dreifus’s new story collection, “Quiet Americans,” showcases the way the big Jewish happenings of the 20th century impacted the personal and quotidian. Dreifus looks at relationships between the oppressors and the oppressed in pre-war Berlin, and the experiences of Holocaust survivors decades after the war. Her characters are forced to confront issues of morality and the fragility of historical narratives through their individual encounters.