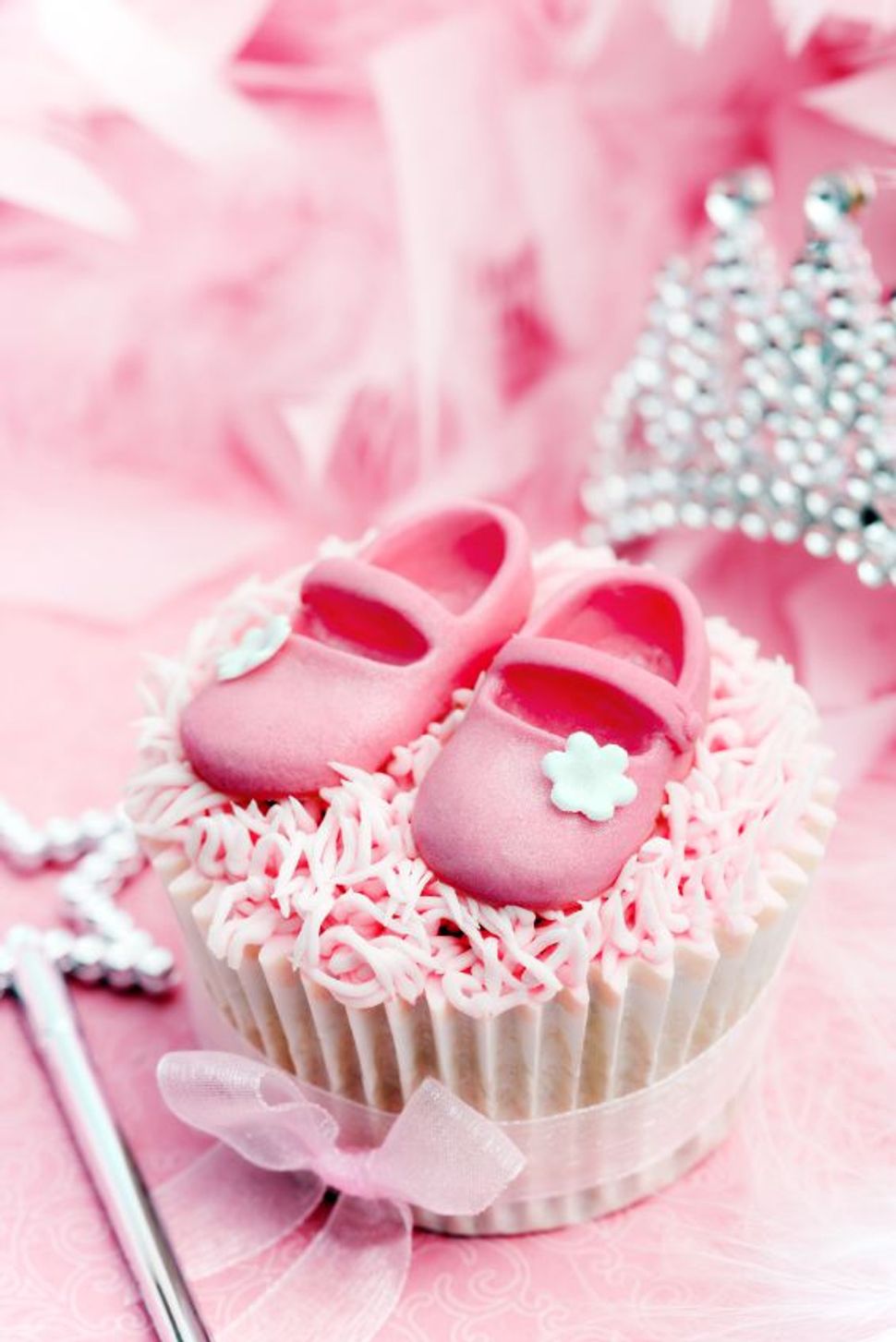 It occurs to me, as my son reenacts the Purim story (complete with a jump off the chair for Haman’s hanging), just how similar the two stories are. Two motherless girls, their true identity a secret, rising far above their circumstances by virtue of their great beauty to land the prince/king. I see its merit as a captivating story, but as providing an enduring Jewish role model?

Orenstein notes that in the last 10 years, Disney Princesses have become a concept, whereas before they were only characters. She writes of the increasing pressure on girls to be pretty and pleasing with make-up and jewelry and beauty products aggressively marketed to toddlers(!) and school-age girls — a trend Debra Nussbaum Cohen described recently in this Sisterhood post. And yes, shielding my daughter from this onslaught of consumerism feels daunting. But the stakes seem so much higher in crafting an approach to a tradition I cherish on the one hand and chafe at on the other.

Orenstein’s antidote to princess culture seems to be active parenting: not denying the inevitable sparkly toys, but offering alternatives, and encouraging age appropriate skepticism of the narratives of “beauty trumps all” and “one day your prince will come.” When I read Cinderella to my daughter (she immediately found it in our “Big Book of Bedtime Stories”), I improvise. The words my daughter knows by heart are not actually there: “The prince asks Cinderella to dance and they talk and talk and laugh and laugh. They are so deep in conversation, Cinderella doesn’t notice just how late it’s gotten.” Minor, but it makes me feel better. But how to tweak Esther? And what to make of Vashti, a villainess because she dared to assert her own will?

Raised to be an Orthodox feminist in a [Free-to-Be-You-And-Me][2] culture, I grew up to be a somewhat murkier version of each. I was seriously pink-averse as a child, and as an adult can only stomach a prayer service with some active participation by women. Our religious life is a messy mix of tradition and inclusivity, adherence and openness. And ultimately, I realize, this is what I have to offer my daughter: to embrace contradiction. I can teach her about an Esther who obediently listens to Mordechai, and whose single-mindedness gives her the courage to stand up to both the King and his evil minion. An Esther who relies on her beauty, yes, but uses it as a means to an end — a noble goal that is nothing less than the survival of her people.

I’m still not sure what to do with Vashti, or a whole host of other women and laws that don’t quite lend themselves toward girl power the way Esther does, but, well, one holiday at a time.