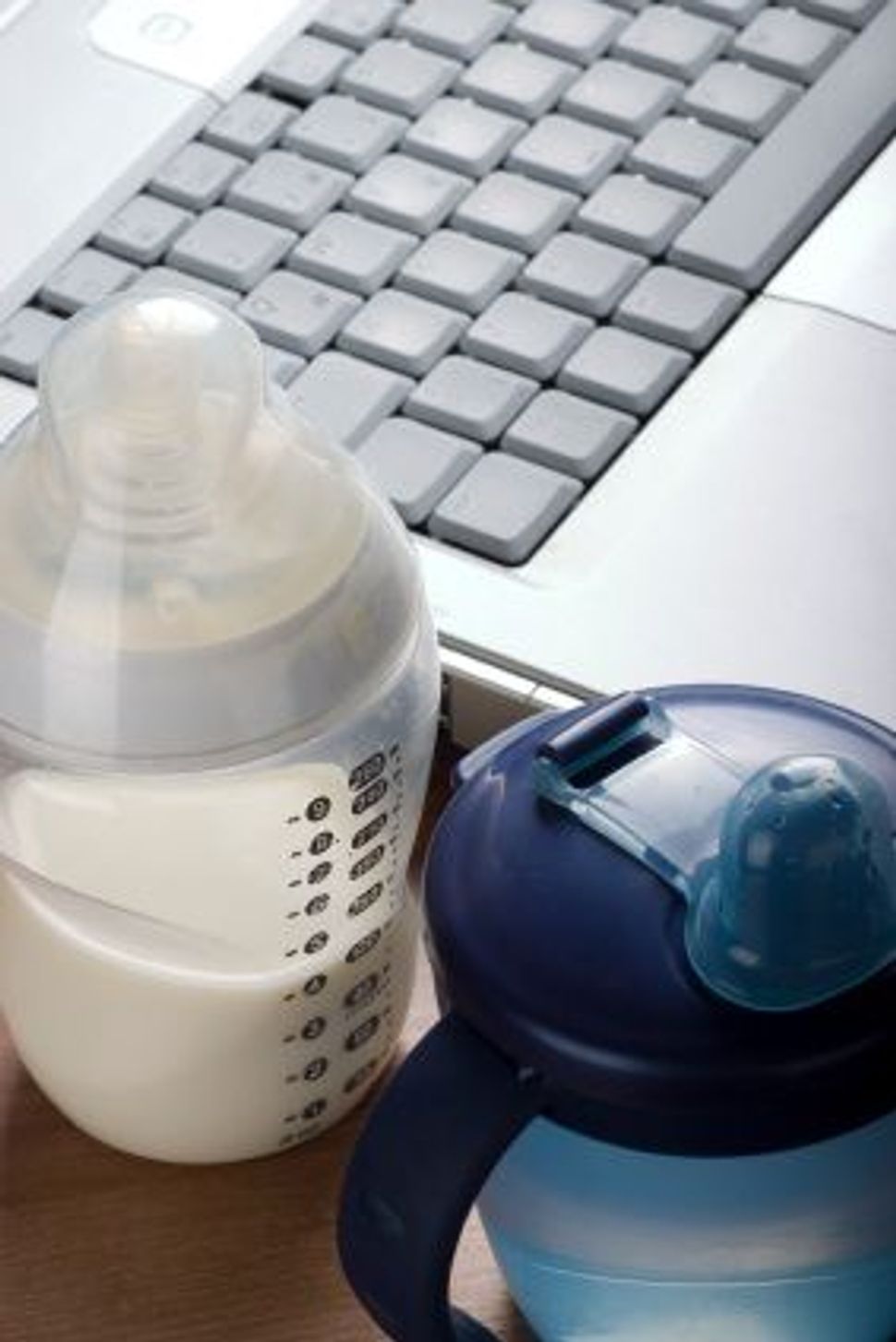 Since motherhood and the Middle East are what I’m all about these days, the first paragraph of a recent opinion piece in the Wall Street Journal jumped out and bit me. Virginia Postrel writes, “Motherhood, it seems, is the Middle East of social controversy. Alliances may shift, new dogmas and leaders may arise, tactics may change, but the fundamental conflict resists resolution. Despite the efforts of would-be peacemakers, impassioned partisans continue battling to claim all the territory as their own. My way, they declare, is the one right way to be a good mother, a real woman, a fulfilled human being.”

Luckily, Postrel immediately addresses my main objection to the metaphor, by quickly pointing out that: “Fortunately, nobody dies in the mommy wars.” Yes, indeed, that is very fortunate. Happily, nobody gets maimed, tortured, traumatized or held prisoner in the mommy wars either.

Let’s put the relative seriousness and ramifications of the two conflicts aside — because after all, a wounded ego is not really comparable to a wound caused by gunshots or bomb blasts. But is there any real basis for a comparison, even a flip one, between the sniping that goes on between Israelis and Palestinians and the back-and-forth between stay-at-home moms and working mothers?

Certainly, both the Middle East conflict and mothering disputes are “sexy” topics — in everyone seems to have a strong opinion. Both are media darlings, attracting more column inches, online commentary and air time than they necessarily deserve.

Another big similarity is that in both conflicts, both sides claim the title of ‘victim’ as they battle for public sympathy. Israeli Jews and Palestinians both feel terribly oppressed, embattled and misunderstood, and they insistently deny the other side the right to feel that way.

Moms do the same. The stay-at homers point to the sacrifices they have made professionally and economically, in order to be there for their kids’ formative years. Their reward is to be dismissed by society as lazy, desperate housewives who watch “Oprah” and eat bon-bons all day. They are simultaneously sneered at and taken for granted by careerist moms who often expect them to assume an unfair proportion of the carpooling and class mothering duties.

The exhausted and overcommitted working mothers, whether single or married, feel as if they are the true victims. They don’t get to sip coffee after the kids leave for school; they are rushing to their jobs, and giving up luxuries like sleep and a social life, and are forced to cope with a workplace unsympathetic to their demands at home. They, too, feel judged by society, and especially judged by stay-at-home mothers for neglecting their children.

But really, on the deepest level, the metaphor fails. Israelis and Palestinians, even those who have all the opportunities to sit and talk to each other — lack the ability to step into one another’s shoes and really understand what it is to be on the other side of the conflict.

Most women will have that chance. At some point, a working mother, whether it is during maternity leave or after leaving a job or being laid off, will have some time to experience the pleasures and frustrations of staying home with a child or children 24-7.

The potential for empathy and solidarity would be wonderful to recreate in the Israeli–Palestinian experience. So let’s face it: The so-called ‘mommy wars’ are, in my opinion far more easily to resolve. With the tough economy forcing more soccer moms into the workplace, the Mommy War conflict with what Postrel describes as its “angst and absolutism” has, from my observation point, died down markedly.

I wish I could say the same for the Middle East.