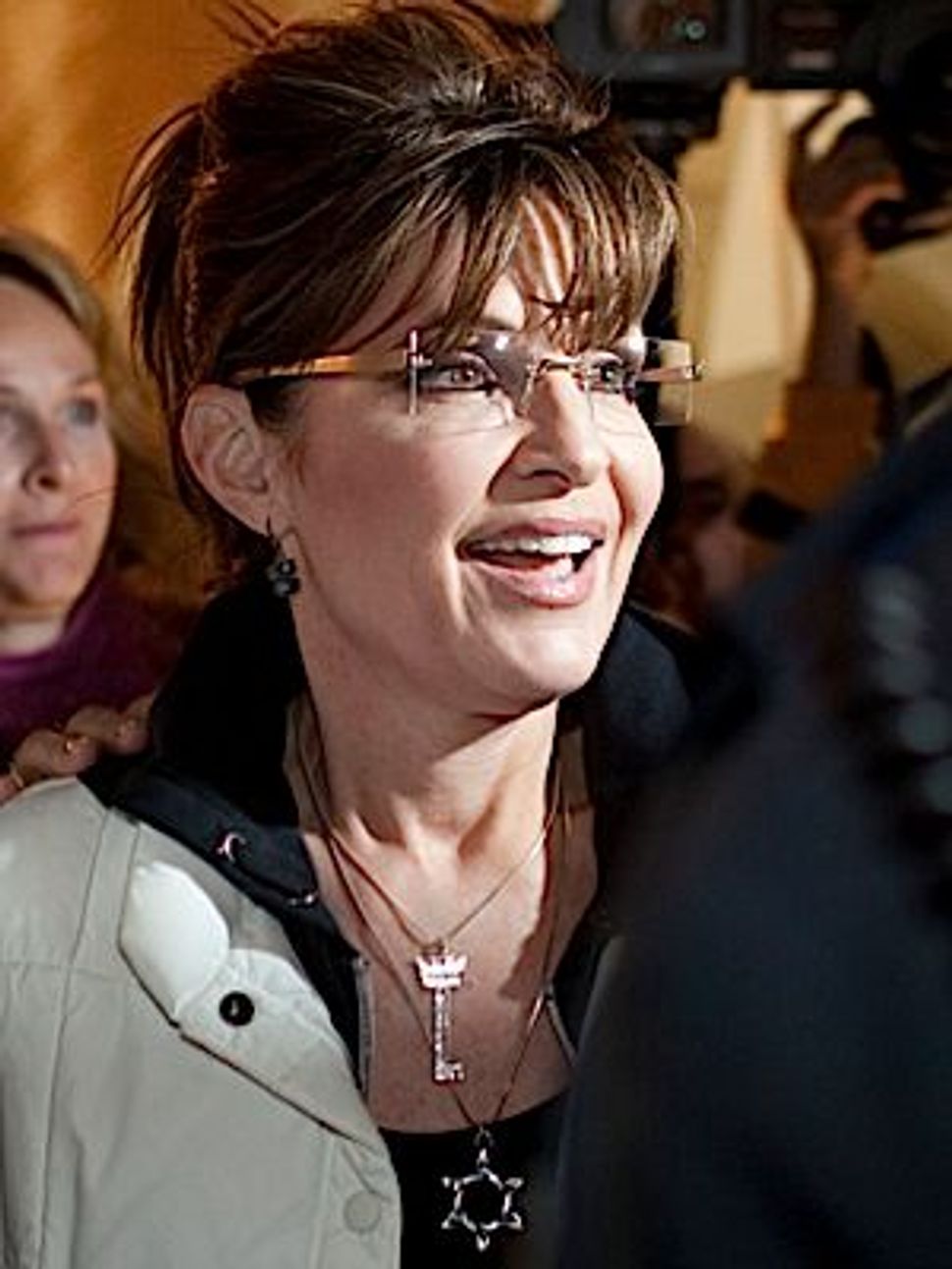 Well, it looks like Sarah Palin has made room in her wardrobe for yet another surprising sartorial choice: A Star of David necklace.

On her trip last month to Israel, during which she met with Prime Minister Netanyahu and visited sites like the Kotel, Palin was seen sporting a sizeable silver Magen David. According to David Brog, the Jewish director for Christians United For Israel — see the Forward’s story on the organization here — Palin’s choice in jewelry is an increasingly common one for American evangelical Christians.

“When I saw Sarah Palin with the star I didn’t think twice,” Brog told The Sisterhood. “It didn’t occur to me that this was odd. For me, it was a not at all uncommon site.”

Brog said he has noticed an increasing number of Christian women donning Jewish jewelry, including chais and chamsas, since he began working for CUFI five years ago. He said they often purchase the jewelry at churches or Christians sites, real or virtual. (See, for example, the Holy Land Marketplace, which sells “messianic and Christian products made in Israel, helping the Jewish people.”) Also, churches often host “Israeli Market Place,” arranged by Made in Israel, an organization that provides “much needed financial and spiritual support to the people of Israel by helping Israeli artists, manufacturers, and stores sell their goods throughout the United States.”

For some evangelical Christians, according to Brog, a Jewish star around their neck is more theological than political. Unlike many Christians before them, many celebrate Christianity’s Jewish beginnings and express that through support of Israel and an interest in the Jewish religion, traditions and people. Brog says this is a departure from Replacement Theology, which was the long-held belief that Christians became God’s chosen people when the New covenant replaced the Mosaic covenant, and a powerful source of anti-Semitism

“When they wear the jewelry,” Brog said, “they are saying that I am a Christian who really identifies with my Jewish roots.”