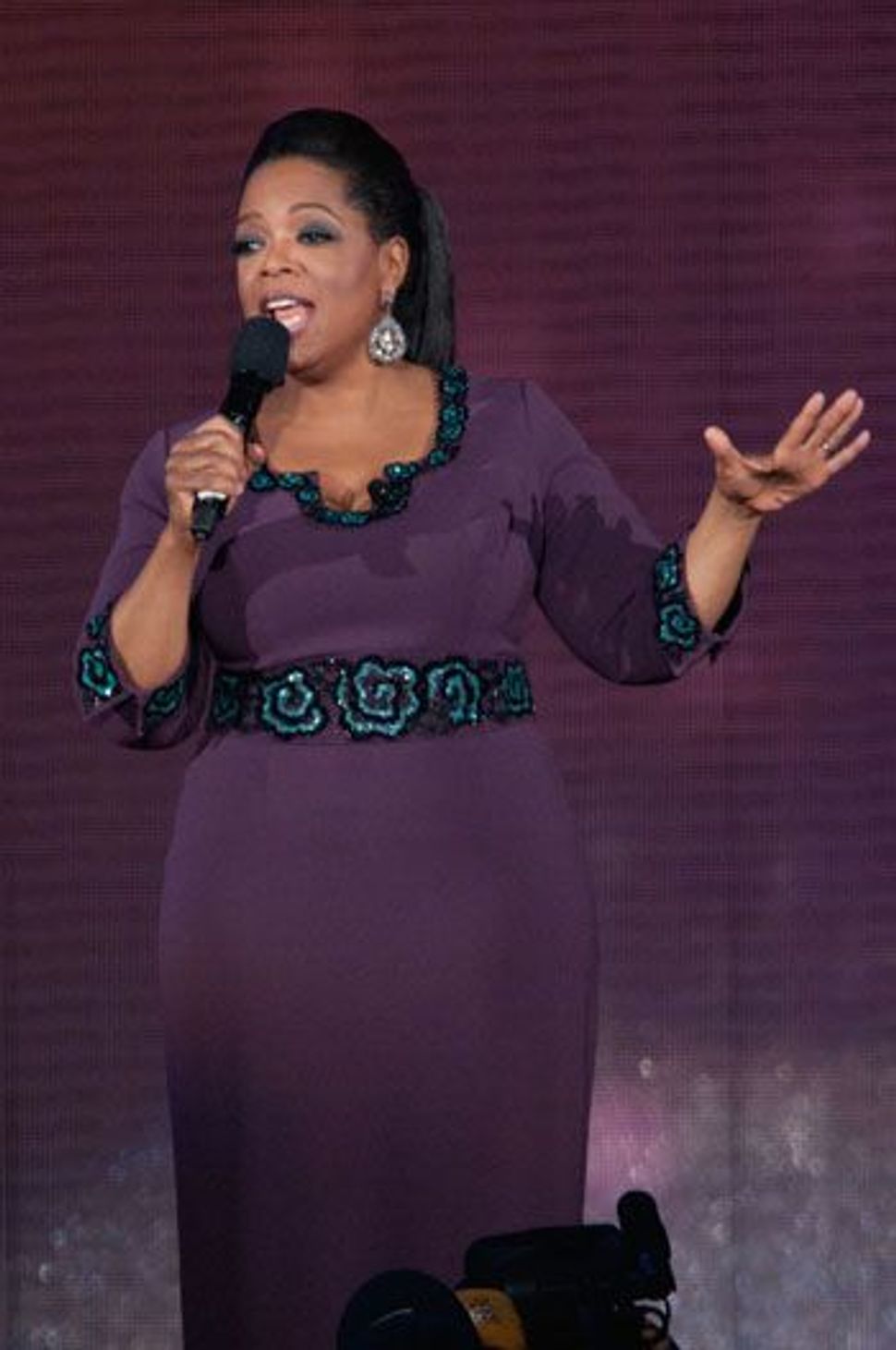 Oprah Winfrey, at a taping of one of her final shows. Image by Getty Images

Jews may have long ago perfected the art of over-sharing, but it was Oprah who turned millions of other Americans onto the concept. She signed off Wednesday, after 25 years of hosting her wildly popular television talk show.

Haaretz profiles Efrat Libfroind is an ultra-Orthodox mother of six — and Israel’s reigning queen of the petit four.

A Toronto couple is attempting to keep the gender of their baby, named Storm, a secret.) They told friends via email, “We’ve decided not to share Storm’s sex for now — a tribute to freedom and choice in place of limitation….” About two years ago, The Sisterhood’s Debra Nussbaum Cohen came out against a similar gender-bending experiment.

Israeli Defense Minister Ehud Barak has confirmed the nomination of Israel’s first female major-general, Orna Barbivai. Of Barbivai’s appointment, opposition leader Tzipi Livni said, “There is no rank that is too heavy for a woman’s shoulders, and there is no doubt that Brig.-Gen. Barbivai was appointed because of her talents.”

The author behind the novel (turned major motion picture) “Beaches,” Iris Rainer Dart, drew on her own experience as the daughter of two Yiddish-speaking immigrants in creating Broadway’s “The People in the Picture.” The musical, which runs through June 19, centers on the stories that “Bubbie” tells her granddaughter about her once-thriving career as the doyenne of the Yiddish theater in pre-war Poland. Read The Arty Semite’s review of the play here.

Ultra-Orthodox women in Williamsburg, Brooklyn are apparently being told to refrain from using cell phones in public, the blog Failed Messiah reports. “It seems that kol ishah, the prohibition against men’s hearing women’s voices in public, has moved beyond singing to talking on cell phones,” wrote Renee Ghert-Zand on our Shmooze blog.