On Shavuot, Women Asked To Walk a Longer Kotel Route 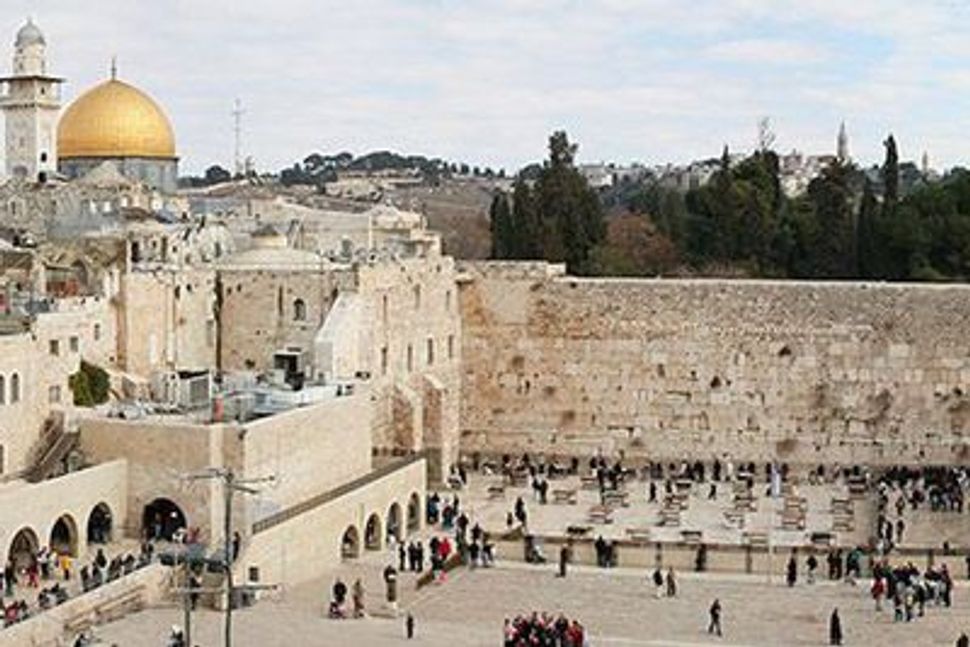 I am the first to admit that there are many people out there with greater and deeper Jewish knowledge than I. Nonetheless, one thing I am pretty sure of is that women and men stood together at Sinai, and that wives walked side-by-side with their husbands as they made pilgrimage to Jerusalem to celebrate Shavuot during Temple times.

So, why then, should Jewish women today have to walk separately from men to the Kotel to pray this year on Shavuot, which begins tonight? Actually, if certain Haredi authorities had it their way, not only would women walk a different route through the Old City of Jerusalem, but they wouldn’t go to the Kotel tonight at all.

Rafi G. of the Life in Israel blog, wrote yesterday about the anonymous posting of flyers around Jerusalem warning women to stay home on Erev Shavuot, and ordering them to take a separate route (if they feel they must come to pray) to the Kotel on Shavuot morning. The handbills describe the narrow streets and alleyways of the Old City as being very crowded on the holiday, so obviously women should be the ones to be inconvenienced by walking via the Jaffa Gate. The shorter Nablus Gate route is reserved for men, the flyer pronounces.

The onus to reduce the congestion and possible consequent mixing of the sexes is, of course, put on the women — or rather “the proper and modest daughters of Israel.” It’s the same onus put on women by Haredi elements to sit at the back to the bus, walk on one side of the street, and not talk on cell phones in public. It’s all part of the separate-and-not-equal way in which male Haredi authorities view and treat women. And sadly, it is also the way in which so many Haredi women allow themselves to be viewed and treated.

The flyer ends with a warning to Haredi parents to accompany their children to the Kotel, as they could otherwise by harassed by “troubled youth” or by what the author tries to express politely using an Aramaic phrase, but which basically translates as “unscrupulous lowlifes” — in other words, egalitarian Jews who were good enough to stand with them at back Sinai, but not now at the Kotel.

On Shavuot, Women Asked To Walk a Longer Kotel Route