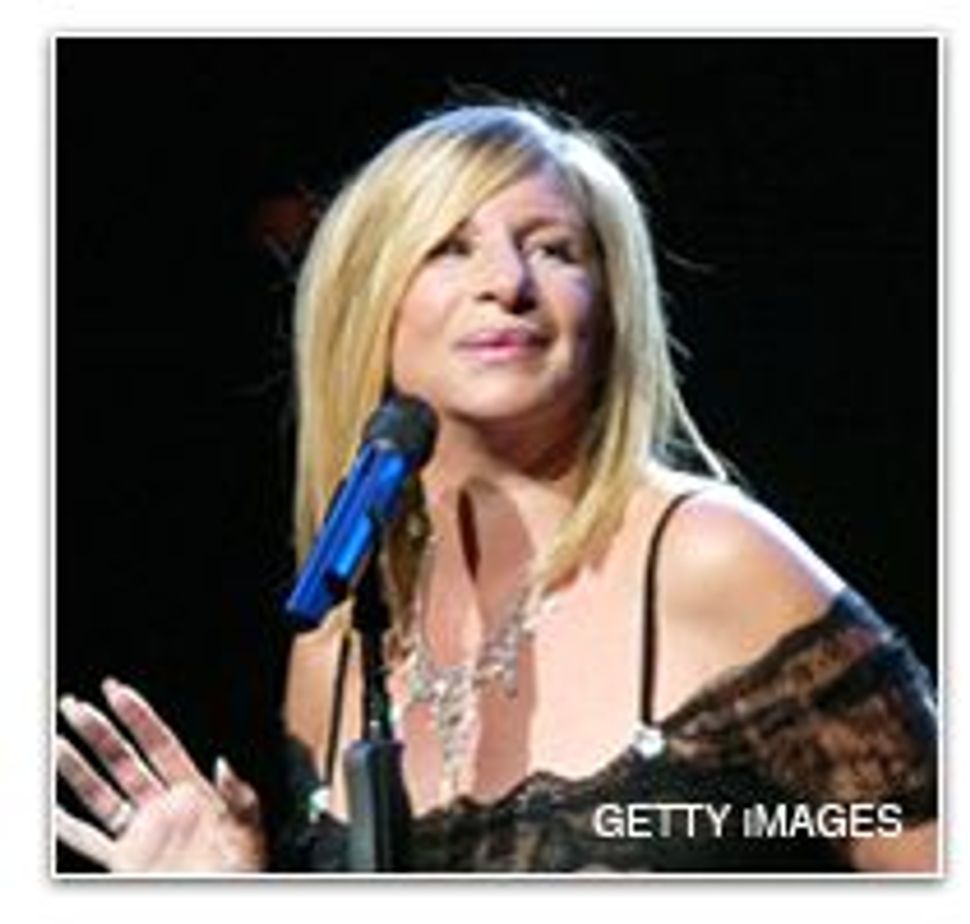 Entertainer extraordinaire and Hollywood liberal stalwart Barbra Streisand fields some questions from Politico on the 2008 presidential campaign. Among other tidbits, there’s this exchange:

POLITICO: There’s been a lot of discussion about Israel during this race so far. Should this issue have a major place in this year’s election?

STREISAND: Issues of foreign policy have a place in every election for President. As a woman, a Jew, and a strong supporter of Israel, I am confident Sen. Obama is committed to Israel’s safety and security.

Famed philosemite and McCain booster Jon Voight, however, is less keen on him (though not necessarily for reasons having to do with Jews).