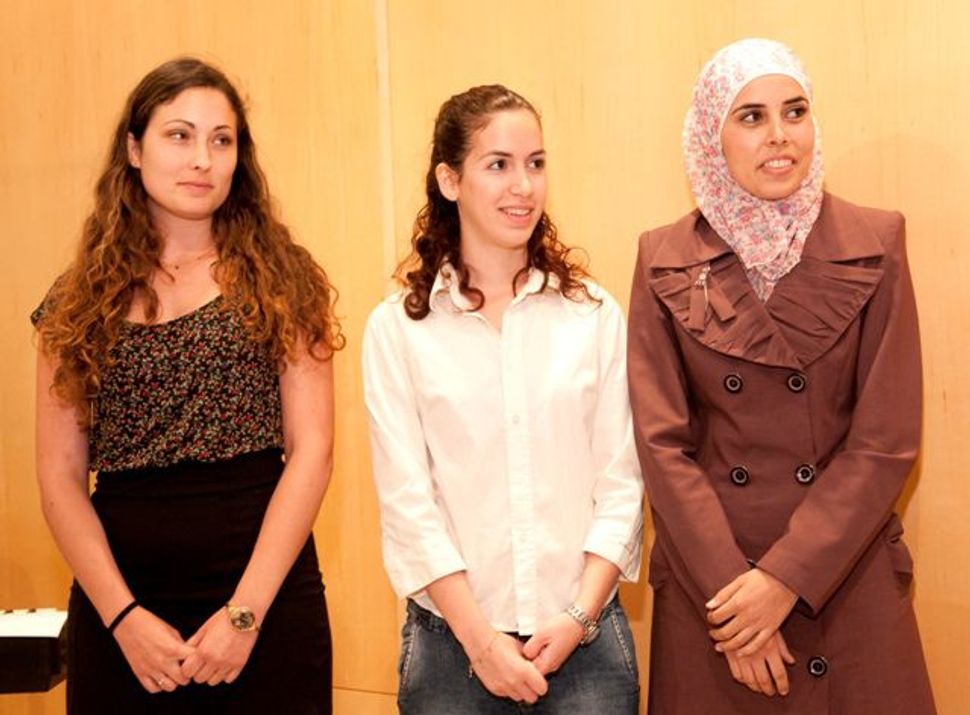 “If I could know that my daughters were the last sacrifice on the road to peace between Palestinians and Israelis, then I would accept their loss,” wrote Izzeldin Abuelaish, the Gazan obstetrician-gynecologist specializing in infertility following the killing of three of his daughters and a niece by an IDF tank shell that hit his family’s home in the Jabalia refugee camp in the final days of Operation Cast Lead in 2009. The tragic incident took place while Abuelaish was reporting live from Gaza by telephone for an Israeli news broadcast.

Despite knowing that his daughters have not been and will not be the last sacrifice, Abuelaish has nonetheless been able to forge ahead on that road better than most. “Urged on by the spirits of those he lost, his belief in medicine and his deep faith in Islam, Abuelaish offers practical ways of bridging the gaps between two peoples he believes have more similarities than differences,” wrote Canadian author Jonathan Garfinkel in his review of the doctor’s book, “I Shall Not Hate,” in The Globe and Mail last year.

One major way in which Abuelaish, 57, is bridging the gaps and working toward a more peaceful Middle East is through his Daughters for Life Foundation, which he has established in memory of his late daughters. This year the foundation is distributing its inaugural set of awards, 35 of them at 10 universities in Israel, Egypt, the Palestinian Authority, Jordan, Syria and Lebanon. In Israel, the awards will go to students at Haifa University and Ben-Gurion University, where the first three awards were presented earlier this month.

The $1,000 awards are given out to outstanding female students in the fields of medicine, law, education, journalism and business, for their “demonstrated academic excellence, creativity, compassion, a developed sense of humanity, the overcoming of adversity, devotion to improving the circumstances of girls and women and financial hardship.” Those four fields were the ones in which his daughters had expressed interest before their deaths.

The three BGU recipients are:

•Holon resident Amalya Ze’evi, a third-year student studying in the Department of Politics and Government and the Department of Education; she works on a volunteer basis with 17-year-old girl from an impoverished family.

•Ma’ayan Givoni, from Ramat Yishai, a third-year student in the departments of management and psychology, who helps teenage girls start businesses of their own. She is also creating an alumni association for female management students.

•Safa Abu Hani, of Rahat, a sixth-year medical student, who volunteers with hospitalized children and their families, and also mentors girls and young women from the Bedouin community.

Abuelaish, who now lives in Toronto and teaches at the Dalla Lana School of Public Health at the University of Toronto, completed his residency in obstetrics and gynecology at BGU’s Soroka University Medical Center and received his Masters of Publish Health from Harvard. He was the first Palestinian doctor to be appointed to a staff position at an Israeli hospital, and for many years he worked as a senior researcher at Sheba hospital in Tel Aviv.