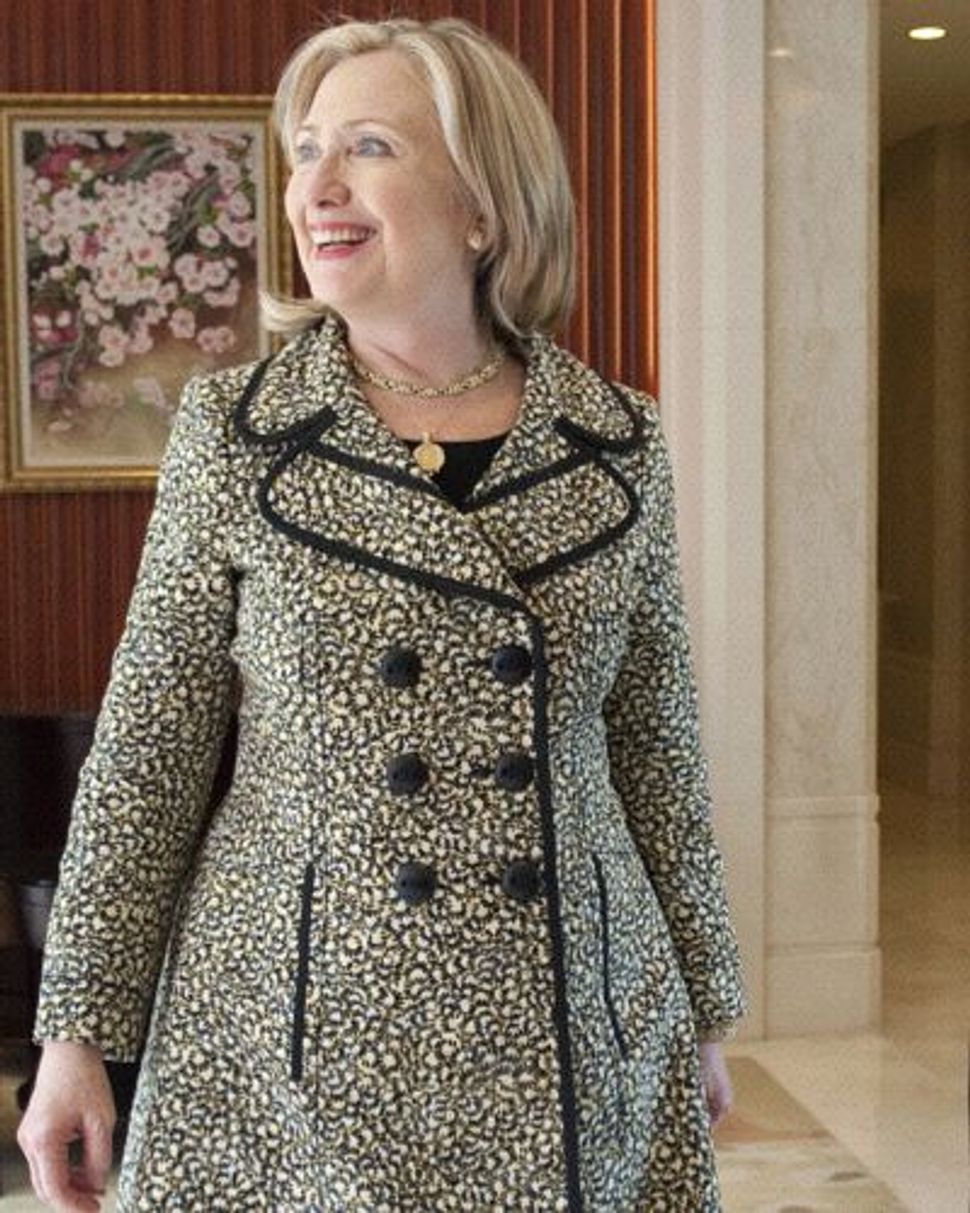 Secretary of State Hillary Rodham Clinton in China in July. Image by Getty Images via AFP

Hillary Rodham Clinton, former First Lady, Senator, presidential candidate and current Secretary of State, is arguably one of the most powerful women in recent history, and yet she still comes under fire for her choice of clothing, from cleavage-gate to her pantsuits to her haircuts and figure and beyond.

Her most recent critic is television personality Tim Gunn, who stated during an appearance on the George Lopez show that due to Clinton’s choices, she seemed to have “gender” confusion and mocked her “cankles.”

This naturally enraged many a commentator, but perhaps the best comeback came from none other than reigning fashionista Lady Gaga, who guest-hosted The View on August 1. Gaga called Gunn “a bully” and said that she thought the Secretary of State has “more to worry about than her hemline.” (“I don’t,” she added self-deprecatingly and charmingly.)

I have to say that whatever my political quibbles with her or her husband have been, this has always been one of my favorite things about Clinton. I won’t psychoanalyze her based on her clothing choices as Gunn did, but I will venture to say that she certainly doesn’t seem overly concerned with trends or hemlines, as Gaga noted. Instead, she’s concerned, as she should, with deal-brokering and policy and peace in the Middle East. And as fun as it is to admire the fashion choices of the rich and powerful, the fact that Clinton irks commentators like Gunn with an image of unconcern for the male gaze and for any fashion rules that don’t fit her comfort absolutely delights me.

That’s what I’ve always loved about Clinton. She just doesn’t care about her sartorial image. And neither should we.