Honeymooning at My Parents’ House 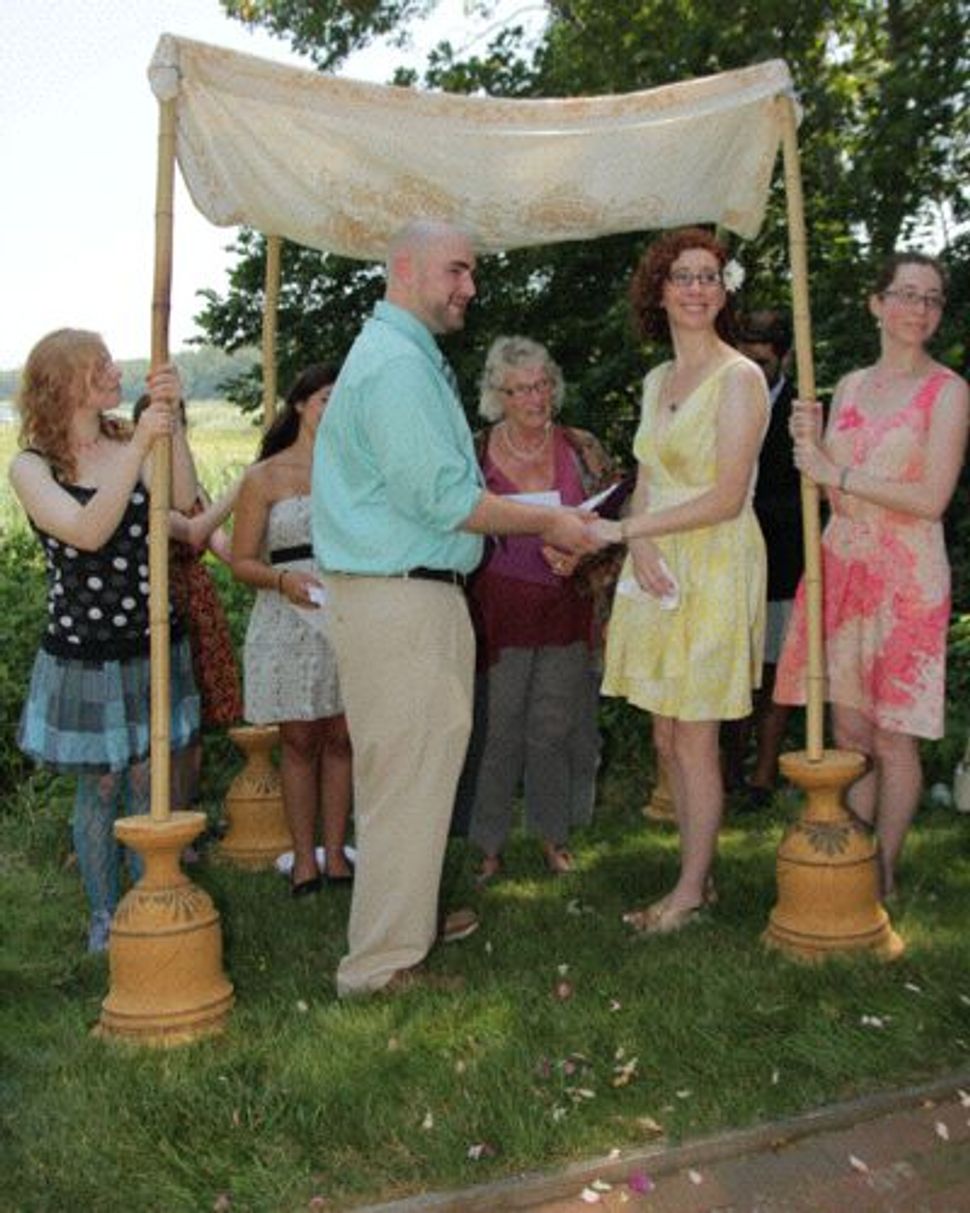 Hinda and Her Husband, Matt, Getting Married Image by Jake Mandell

I am writing this while on my honeymoon. At my parents’ house in the Boston suburbs. Hardly the stuff of which dreams are made.

I married my husband on Cape Cod, so the event felt like a wedding and actual honeymoon wrapped into one. As we journey back to New York post-nuptials, a layover at my parents’ homestead was in order.

My mother is a vocal opponent of any boyfriend/girlfriend or fiance/fiancee sharing a bed with any of her grown children in her house. The rule was always unspoken but very clear: only married couples share a bed under my parents’ roof. Even at age 31, when I came home for a visit with my then-boyfriend, my father immediately whisked his suitcase to the spare bedroom. No questions asked.

Now, with a gold band on my left ring finger after standing under the chuppah, my parents still maintain an interest in where I sleep in their house. But they’ve flipped.

“You’re not going to sleep in the same bed as your husband?” my concerned mother asked me last night as I unpacked my suitcase in my former bedroom, my husband unpacking his across the hall.

I was surprised at my mother’s sudden interest in something she had vehemently opposed only weeks before. I was still the same person. My husband still the same man. Our intimacy still pretty much the same. But now a marriage certificate made it okay for us to share the confines of a bed. My mother was practically pushing together her newlywed daughter and son-in-law into a very small bed in the guest room.

When I called her out on her sudden change of position, my mother shot back, “I think it’s just the right thing for a newlywed couple.” Right. Because my parents’ house is just about the most romantic locale for a honeymoon.

I know that my parents are not the only folks out there who have such rules. And I’m not saying I’d handle the situation any differently if I were in their position. After all, the situation is about “imagining” what your child – whether she’s 21 or 31 – is doing in that room behind closed doors. So separate rooms means you don’t have to imagine such things.

Yet when this daughter gets married, the imagining becomes not about sex per se, but about something else: grandchildren. So of course my mother wanted us sleeping together, even on a futon.

So my husband and I spent the third night of our marriage on a futon that had a mattress on top of it. It felt cramped but exciting, since we appeared to have turned a new leaf at my parents’ house.

In the morning my mother cheerfully asked how we slept. I told her it was time for a king-sized bed in the guest room.

Honeymooning at My Parents’ House