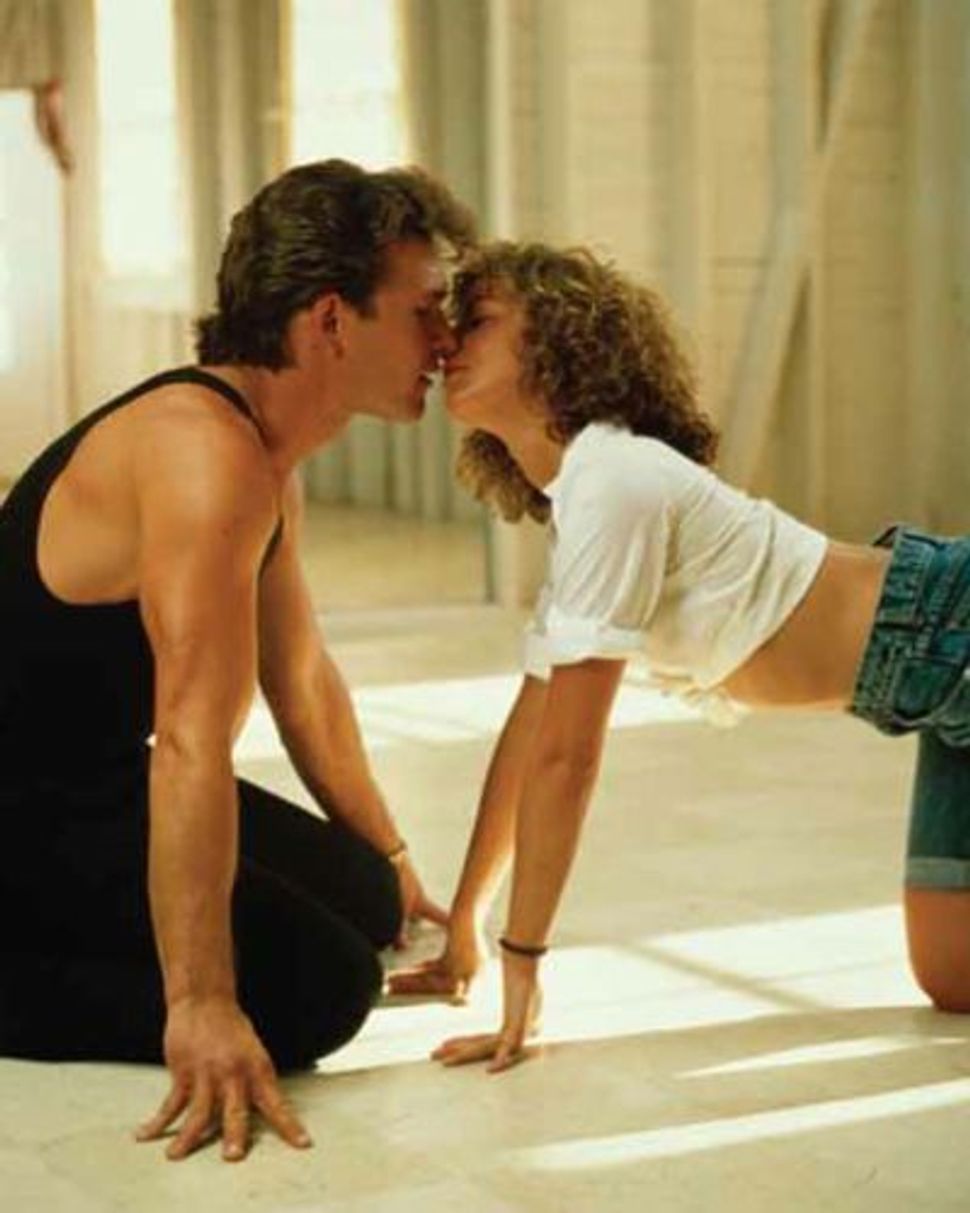 Elissa Strauss hopes that a new remake of the movie “Dirty Dancing” keeps our beloved heroine, Baby, Jewish. In addition to preserving Baby and her family’s ethnic authenticity, which is important in grounding the film in a real milieu, I should add that I hope the remake keeps the essential, devastating abortion plotline, which is vital both to the film’s plot and its politics.

Without Penny’s abortion appointment, Baby wouldn’t have entered the dance performance, of course. But more than that, without the botched illegal abortion, Baby wouldn’t have had her eyes truly opened to the physically and socially dangerous predicament experienced by the employees at her idyllic summer retreat, and the hierarchy of gender and class that permeates everything.

Like Elissa, I’ve been perturbed by the prospect of a remake myself. Not just for what this remake does to Baby or even the abortion, but what the fact that it’s even happening says about the sorry state of films by and about women in Hollywood.

The kismet that makes “Dirty Dancing” the classic it is (and a sacred cow of sex-positive young Jewish feminists) from Grey’s perfect casting as Baby and Patrick Swayze’s sultriness to the boldness and honesty of the abortion choice, makes me wonder why we’re remaking the film at all.

Its magic seems unique, a product of its moment and the specific people who made it happen rather than any replicable formula. And isn’t that the case for all such films, the underdog movies that spontaneously struck a chord with audiences?

The abortion plot and Baby’s upwardly-mobile and Jewishness both give the original “Dirty Dancing” something which today’s romantic comedies lack so badly–that sense of a cultural place and time and context for whatever romance and drama occurs. We rarely see this anymore, except in films that deal directly with “ethnic issues” and end up in art house cinemas.

Even Nancy Meyers’ better recent films and their many imitators tend to depict neurotic, vaguely WASPy bourgeois women striding back and forth by picture windows and splendid, empty-feeling real estate. Where do they come from? Who are their families? What are their beliefs? What do they struggle against? And, I always think, where did they get their money and how do they feel about those who have less? We never really know. It’s never really enough.

But while Baby’s Jewishness is never even explicitly mentioned in the “Dirty Dancing,” and while we don’t get rundown on her family history or background or a look at her childhood, she is a character who has been planted by the film’s creators, including screenwriter and producer Eleanor Bergstein, in a world of boundaries: ethnicity, class, race, age. Only with that set-up does her transgression of the boundaries make sense, powerfully so.

A remake of this movie will never really work, I think. What we need are new movies that don’t just follow a formula but are bravely or quietly original and which firmly situate their characters in a context, the way this film and smaller films like “Once” or “Kissing Jessica Stein” have done in the ensuing years. You don’t have to sacrifice crowd-pleasing to do this. You can even have a cheesy final dance scene choreographed by Kenny Ortega.

While the Hollywood suits haggle over the details of this remake, let’s hope some brave filmmakers are hammering out something that pays real tribute to the spirit of Bergstein’s vision.