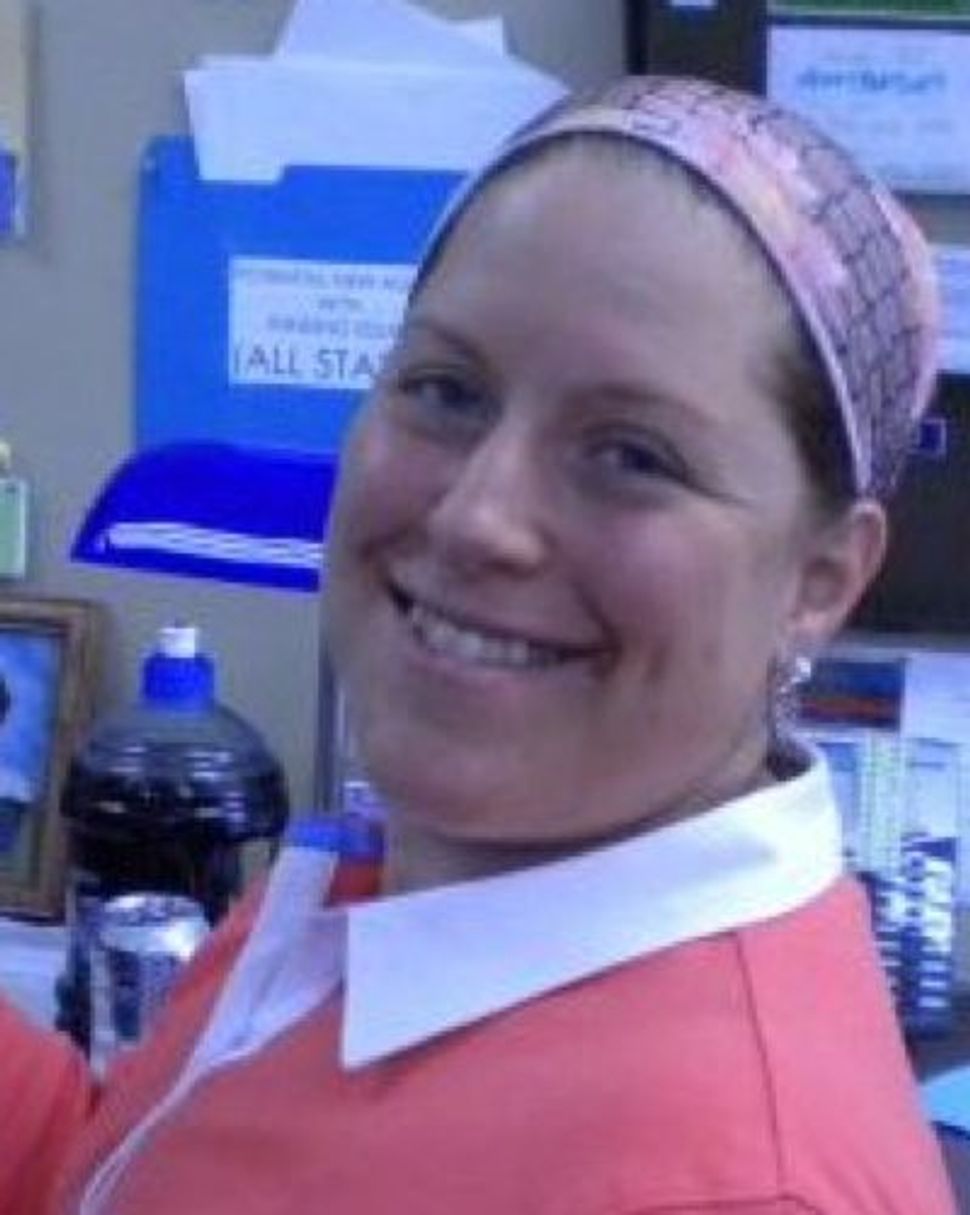 Rachel Levin Weinstein, a social worker who made aliyah to Israel from Chicago just two months ago, has faced her share of challenges recently, as does every new immigrant – everything from learning how to pay her bills in a new language, to getting her four kids settled in school, to figuring out how to find the brand of yogurt her family likes at the supermarket.

The last experience that Weinstein expected to find challenging was simply riding a bus. But she did so this week, in a truly heroic fashion, when she resisted pressure to sit on the back of the bus because she was a woman.

It all began when she and her husband innocently boarded a local bus in their adopted city of Beit Shemesh on Monday, without knowing that it was a bus line that was “mehadrin” – meaning that genders were separated and women were supposed to proceed to the back, out of men’s range of vision.

Everyone may sit wherever they want on the bus, even in ‘mehadrin’ lines, and drivers must work to prevent passengers from being forced, through violence and other means, to sit elsewhere. However, should passengers decide to voluntarily sit according to gender, it will be permissible.”

The policy means, essentially, that while it is not legal to force women to the back, women who don’t want to want to move to the back on a ‘mehadrin’ line, must resist any pressure to do so.

And so Weinstein, once aboard her bus, faced the decision as to whether to submit or fight. Her brave decision to refuse came easily, as she recounted on her personal blog:

As I scanned the front of the bus for an available spot after paying my fare, a seated gentleman in Charedi garb told my husband that I had to go to the back of the bus.

My answer was simple: NO. He told us it was a Mehadrin bus, as if that would make me skip to my ‘rightful’ place in the back, but his statement was quickly met with, ‘Lo bishvili (Not for me!)’ A woman sitting in the back of the bus threw in her two shekels and INSISTED loudly and eventually up close and personally while yelling at me in front of the other straphangers, that I move to the back out of ‘kavod’ (respect). She told me ‘This isn’t the U.S. … [you] can’t just do what you want’ and proceeded to call me chiloni (secular).

This stung – Weinstein is clearly and visibly Orthodox with a skirt and covered hair. But despite the harassment, Weinstein refused to move.

“These folks were messing with the wrong Jewish lady. I stood my ground and told her that she could be a slave but that I choose not to be. I continued to sit in the front of the bus for the very brief period of time we were even on the dang thing and maintained my non-so-subtle stance: the back of the bus, my foot! It was, indeed my “Rosa Parksenstein” moment, but I made it very clear to myself and the others on the bus, that I will, frankly, be damned if anyone’s going to tell me where I can sit or treat me like a second-class citizen. There was no way on this planet that I was going to be made to feel like anything OTHER THAN a proud Jewish woman.”

She confesses that the experience took an emotional toll. After she exited the bus, she broke down and wept over the fact that, in Israel of all places, she should feel threatened and her identity as a devoted Jewish mother and wife should be challenged simply because of her refusal to give in to extreme gender segregation.

In a conversation with The Sisterhood, she said that while on the bus, “I wasn’t totally unconvinced that it could get physical.”

As an Orthodox woman who covers her hair and dresses modestly, she firmly rejects the idea of the necessity of separating men from women in non-religious settings like public transportation:

It reminds me of when my daughter’s school in Chicago made the girls where socks because they had a problem with exposed ankles. It made me start staring at my daughter’s ankles, wondering how they could be a turn-on.

What was most surprising to her was that the most extreme and “nutty” behavior came from a woman and not a man, that another woman could feel so angry that she herself moved forward to the men’s section in order to yell at Weinstein.

“She really made a public spectacle of herself. She was onstage. She reminded me that modesty isn’t just about what you wear. I don’t think yelling at someone in public is very modest,” Weinstein said.

Now that the incident is behind her, she is able to pity the woman who berated her.

“These are people who aren’t educated, who don’t learn about people other than themselves. I think its cult-like behavior,” she told The Sisterhood.

“Now that I’m slightly more removed from it, I feel bad for them. It has to be sad to be that closed off from the world and not even know it. The world is full of color and their world is black and white. These people who have no idea who they are.”

True solace, came, however when she went home and felt vindicated by her 16-year-old daughter’s reaction.

“She said, ‘Good for you!’ To me, that means I’m doing something right,” Weinstein said. “It means that my daughter has self-respect and like her mom, won’t take these things lying down, or forcefully seated in the back of the bus.”