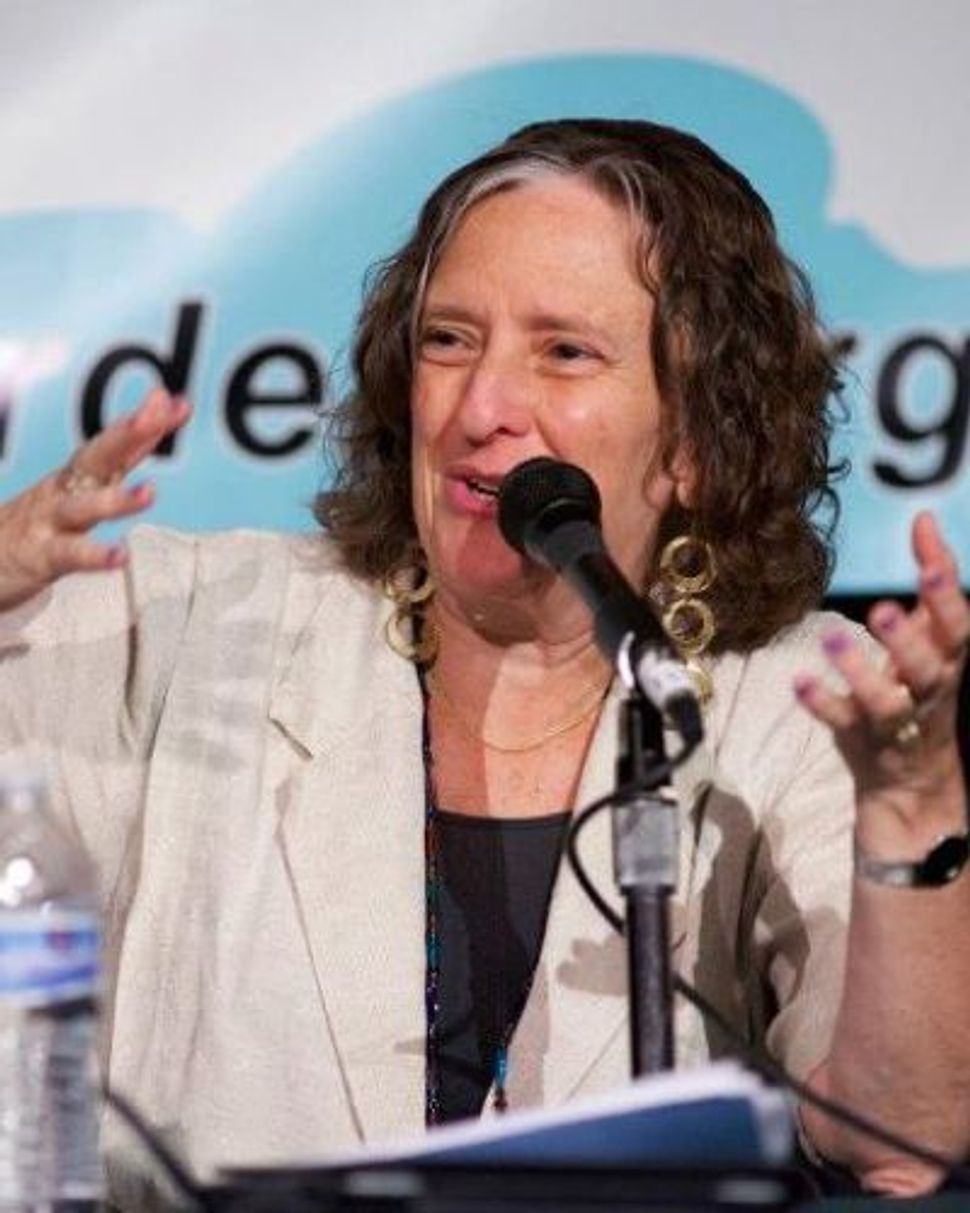 As the first woman to be ordained a Conservative rabbi, Amy Eilberg occupies a major place in the annals of Jewish women’s history. She has recently been squeezing her self into a very small space in the hopes of making another kind of history.

Since September 11, she and seven other interfaith clergy have been crammed into a specially decorated van traveling a large swatch of the eastern and central parts of the country. They are on the “Religious Leaders for Reconciliation Caravan,” a literal and figurative drive to “re-knit the torn fabric of American society,” as Eilberg put it in a phone interview with The Sisterhood.

The Caravan is a project of Clergy Beyond Borders, a Maryland-based conflict resolution and interfaith education organization founded two years ago by Imam Yahya Hendi, the Muslim chaplain at Georgetown University, and Rabbi Gerald Serotta, founding chair of the organization Rabbis for Human Rights.

By the end of this road show on September 26, the group of progressive Jewish, Catholic, Protestant and Muslim leaders will have made stops in 18 cities in 13 states over 15 days, to engage with and encourage audiences to exhibit mutual respect and religious tolerance in the face of what they perceive as a growing threat to religious pluralism in this country.

In some locations, such as in Tennessee, where anti-Sharia legislation has been proposed, they are speaking with law- and policy makers. At most of their 50 or so stops, they are meeting with groups of between 10 and 500 people at university campuses, churches, synagogues, mosques and community centers.

These gatherings, to which the Caravan has given the title, “From Fear to Faith: Advancing American Voices for Religious Pluralism,” involve one representative from each faith sharing reasons for why they are engaged in this work. “We share relevant sources from our traditions and personal stories,” Eilberg said. “It’s homiletic in style. We want to touch hearts.”

Then the floor is opened up for questions and answers. Eilberg reported that so far, audiences have been 90 percent supportive. This is not surprising given that the meetings have been organized by local partnering interfaith organizations. People have expressed concern about living in a world with terrorism and have asked whether religious pluralism requires one to give up allegiances or a commitment to mission or proselytizing. Attendees have wanted to know how they can counter hateful messages in the media and make a real difference.

“Only on one occasion were we faced with a greater level of challenge,” Eilberg recounted. A couple of conservative Muslims questioned some scriptural interpretations made by Hendi, a Palestinian who is on the record for favoring co-existence and peace with Israel, and tried to steer the conversation toward the Palestinian-Israeli conflict and away from religious pluralism in America. Eilberg is not the only female rabbi in the Caravan. In fact, all the rabbis rotating in and out of the van over the two weeks are women. The other rabbis are Nancy Fuchs-Kreimer, director of the Department of Multifaith Studies and Initiatives at the Reconstructionist Rabbinical College, and Alana Suskin, director of Lifelong Learning at Shaare Torah Congregation in Gaithersburg, MD and a senior editor at Jewschool.com.

Eilberg, who works as a consultant to the Jay Phillips Center for Interfaith Learning in St. Paul, MN, believes women are socialized to be peacemakers. “It’s in our instincts to put relationships above personal aggrandizement. Women have the kind of communications skills needed for peacemaking,” she said.

She definitely sees this play out in the fact that most leaders in intra-Jewish dialogue are female.

“It’s no accident that the national leaders in this field are women,” she says. But, surprisingly, she has not found this to be the case in interfaith dialogue and relations. Her experience has been that there is more of a gender balance. “Most of my closest colleagues in interfaith are both men and women,” she reflected. “And obviously the two men leading this Caravan are feminists. Why else would there be only women rabbis in this van?”