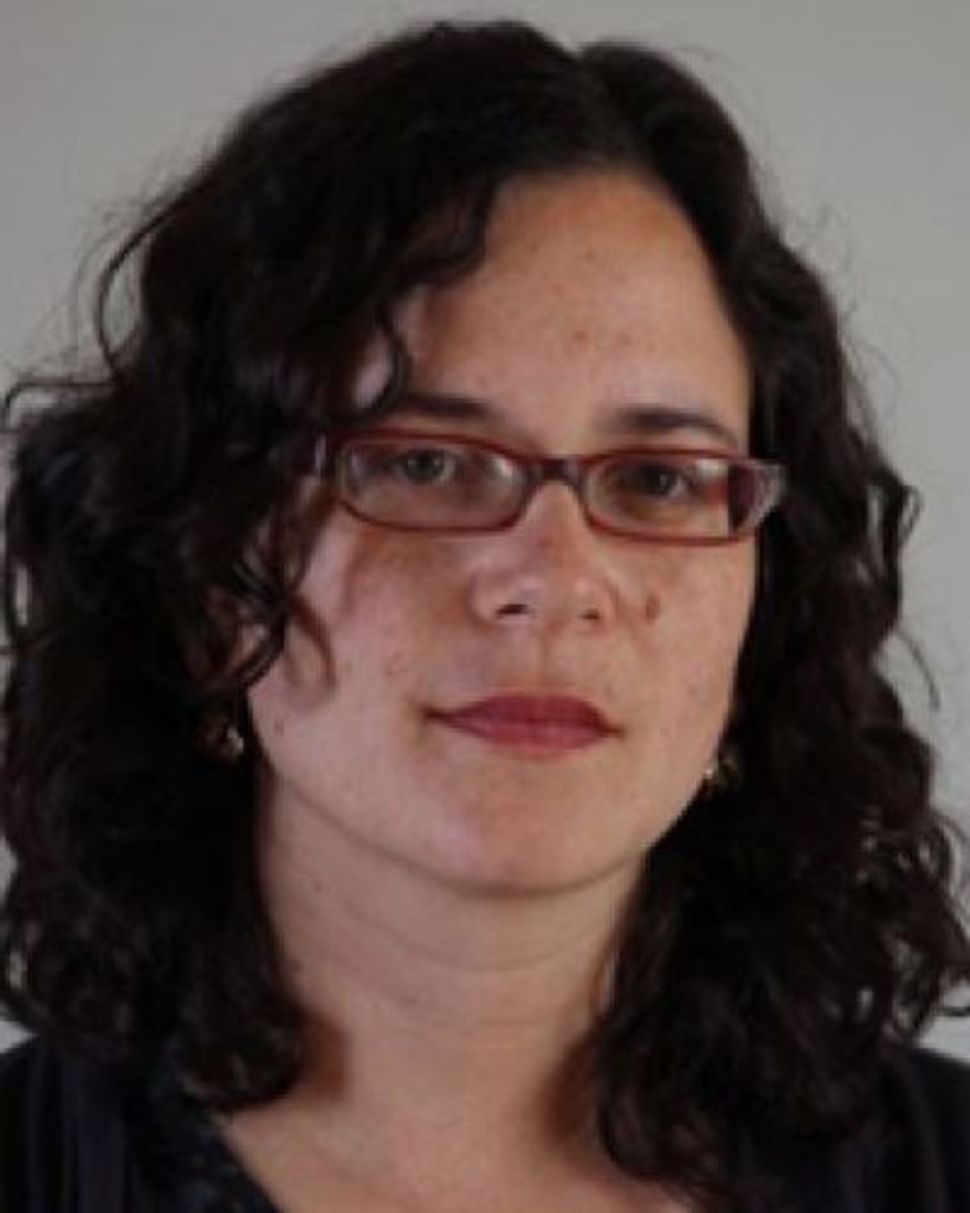 It seemed as though Rachel Azaria, then a 30-year-old mother of two, came out of nowhere to run on a grassroots, independent party ticket and win a seat on the 31-member Jerusalem City Council in 2008.

Although this was her first foray into politics, she was already a recognized figure in the world of Israeli social change organizations. For the decade prior to her election, she had worked for environmental causes, and then as the director of Mavoi Satum, an organization that works on behalf of women whose husbands refuse to grant them a Jewish divorce.

Azaria spoke by phone with The Sisterhood about the challenges and rewards of Jerusalem politics, how women’s issues play into them, and her thoughts about Israel’s social justice protests this summer.

Renee Ghert-Zand: Why did you decide to go into politics?

Rachel Azaria: There’s this widely held belief in Israel that no one really cares and that you can’t really make a difference. That is the subtext of every conversation we have. But when I was in my 20s and working in social change organizations, I learned that you can make a difference and that people do care. And if you frame things properly, if you explain to people what is important, they are willing to come out and march.

For 10 years I was in social change organizations. Here we were demonstrating and writing papers and protesting, but at the end of the day, the people who make decisions were the politicians. Despite the fact that politicians are perceived poorly here, I wanted to be in the room where people are taking decisions. I wanted to have the right to speak and to vote. That’s why I decided to run for City Council.

What are your priorities for your work on City Council?

I have three priorities. The first is to make sure that it is possible for young families, especially non-Haredi ones, to live in Jerusalem. We want to make it better for young children and easier for their parents. We’ve improved the kindergartens and made the summer programs better and less costly. We’re renovating parks and we’ve improved the Tipat Chalav (early childhood health) program.

Second, I am doing my best to make sure that Jerusalem stays a liberal, open and welcoming place for every Jew in the world, or any person who is interested in coming here.

Finally, I am working to strengthen public participation, to empower citizen groups to be part of the decision making process.

I’m focused on giving people a good life in the city. I’m focused on the micro, or civil, level, and I make a big effort not to deal with issues related to the Palestinian-Israeli conflict.

What have been the biggest challenges you have faced in achieving these goals?

When I got onto City Council, I though that the biggest challenge was that no one cared, that people thought Jerusalem was a lost city [totally under Haredi influence]. But things are changing now, and people see that things are happening and that changes can be made. Now one of the biggest challenges is the economic situation. The city really doesn’t have the budget we need to keep things rolling properly.

What has been your greatest accomplishment so far?

My greatest accomplishment is that everyone realizes that young families are a crowd that has to be taken care of, and that it’s happening at all levels. What’s happened over the summer on the national level has made clear that we are a population that needs to get a lot of attention. Another accomplishment that I feel proud about is that we are rewriting the relationship with the ultra-Orthodox and we are demanding a different status quo. I feel very much part of this, very much responsible.

Can you say more about this different status quo, and how women’s issues play into it?

First of all, the non-ultra Orthodox are finally starting to realize that we are idealistic, that we have something substantial to say…We post-modern, multicultural people didn’t really stand up for what we believe in.

Now suddenly we are saying this is important to us, we can’t all the time agree with the Haredi demands. To tell women that they have to sit at the back of the bus, or that they have to stand in certain lines in the supermarket, or that the supermarket will be closed to women during certain hours goes against our beliefs, and we will not stand for it. When we talk this way, then we approach the Haredim in a different manner than just a conciliatory one.

Women’s issues, more than anything, crystallize the challenge. This is one of the most fundamental ideas of democracy: that everyone is equal and you can’t discriminate. We have a group that is discriminating against women, and it is affecting our public sphere. It’s very clear.

A lot of my friends don’t live in Israel anymore. The numbers are pretty scary in terms of the amount of brain drain that we have here. We are demanding to make it possible to live here because we love this country. In many ways, this protest is about rewriting our narrative.

Sixty-plus years into it, the founders are no longer here. After the Holocaust, we knew why we were here. But why are we here now? At the end of the day, it is also about housing and the cost of raising children.

I think we are at the beginning of a five year campaign. As time goes by we will see things changing. People have become empowered over the summer.

What has been your greatest personal challenge while on City Council?

The people who make it the hardest for me, as an Orthodox woman, are the ultra-Orthodox. I was supposed to be deputy mayor and they [the ultra-Orthodox factions on the City Council] blocked it. But I don’t dwell on it. I just became stronger from this.