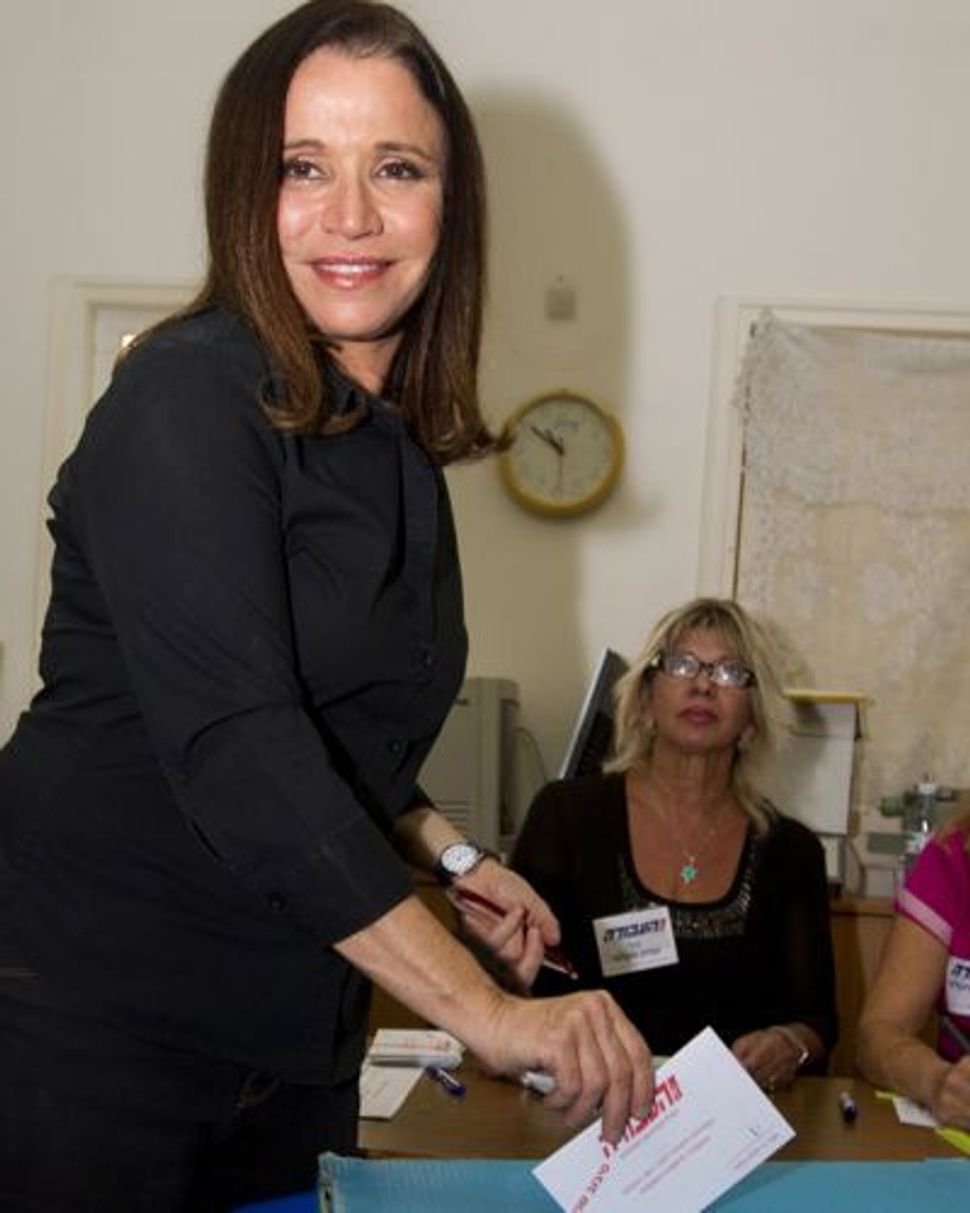 “Shelly Yachimovich is the woman for this Israeli moment. Yachimovich is the one and only promise of contemporary politics,” wrote Ari Shavit in Haaretz earlier this month. Not everyone agrees with Shavit, but we all get to see just how Yachimovich will do now that she has been elected leader of Israel’s Labor Party.

Yachimovich, 51, represents a more moderate Labor outlook, one looking a return to the ideals of the welfare state while at the same time not disavowing the party’s historical role in the establishment and proliferation of the settlements. “I certainly do not see the settlement project as a sin and a crime,” she said in an interview published in Haaretz Magazine,” outraging Laborites further to the left, who accuse her of being a sell out to the right when it comes to peace with the Palestinians.

I, for one, am relieved to hear an Israeli politician who doesn’t speak in absolutes.

Yachimovich said, in the magazine article:

I am familiar with that well-known equation: that if there were no settlements there would be a welfare state within Israel’s borders. I am familiar with the worldview that maintains that if we cut the defense budget in half there will be money for education. It’s a worldview with no connection to reality.

And what does it mean that two of the four largest parties in the Knesset are now led by women (Tzipi Livni is the leader of Kadima)?

It appears that women may be beginning to really break the Israeli political glass ceiling. But what that means is not yet clear.

Yachimovich, herself, said in a TV interview, when asked about her views on feminism and women in leadership positions, that there are too few women in positions of power to know yet how or if this is really changing Israel.

She also noted that up to this point, most women, once they have achieved power, have been susceptible to the same faults and moral weakness as men. Perhaps Yachimovich, unique among female MK’s in her strong feminist positions, will be different. I don’t think she would be pleased to be called “the best man in the government,” as David Ben-Gurion used to refer to Golda.

Even though there is more than one woman leading major Israeli political parties, I don’t think we can expect any female bonding or kumbaya moments. There is definitely no love lost between Yachimovich and Livni, whom Yachimovich has highly criticized for her neo-liberal economic stance.

Yachimovich seems realistic about the work that needs to be done within her own party to dig it out of the hole it is in (once Israel’s leading party for decades, it is now only the fourth largest in the Knesset). “The head of the Labor Party will not be asked to form a government after the next elections. The Labor Party has a long way to go before it gains public trust, and it has to proceed on a true, deep, ideological and honest path. Not by hocus-pocus,” she told Haaretz.

It’s a good thing she isn’t planning to be prime minister very soon, because she is definitely not ready for that job. She has much to learn on the foreign policy front. In the meantime, she intends to capitalize on “this Israeli moment,” this past summer’s social protest movement, which brought to the fore many of the ideas she had been espousing for years.

“Before we fight for the borders of the State, it’s necessary to fight for this small and marginal thing that is called a state inside its borders,” she told Labor voters in a campaign video blog.

A majority of them clearly agreed with her.