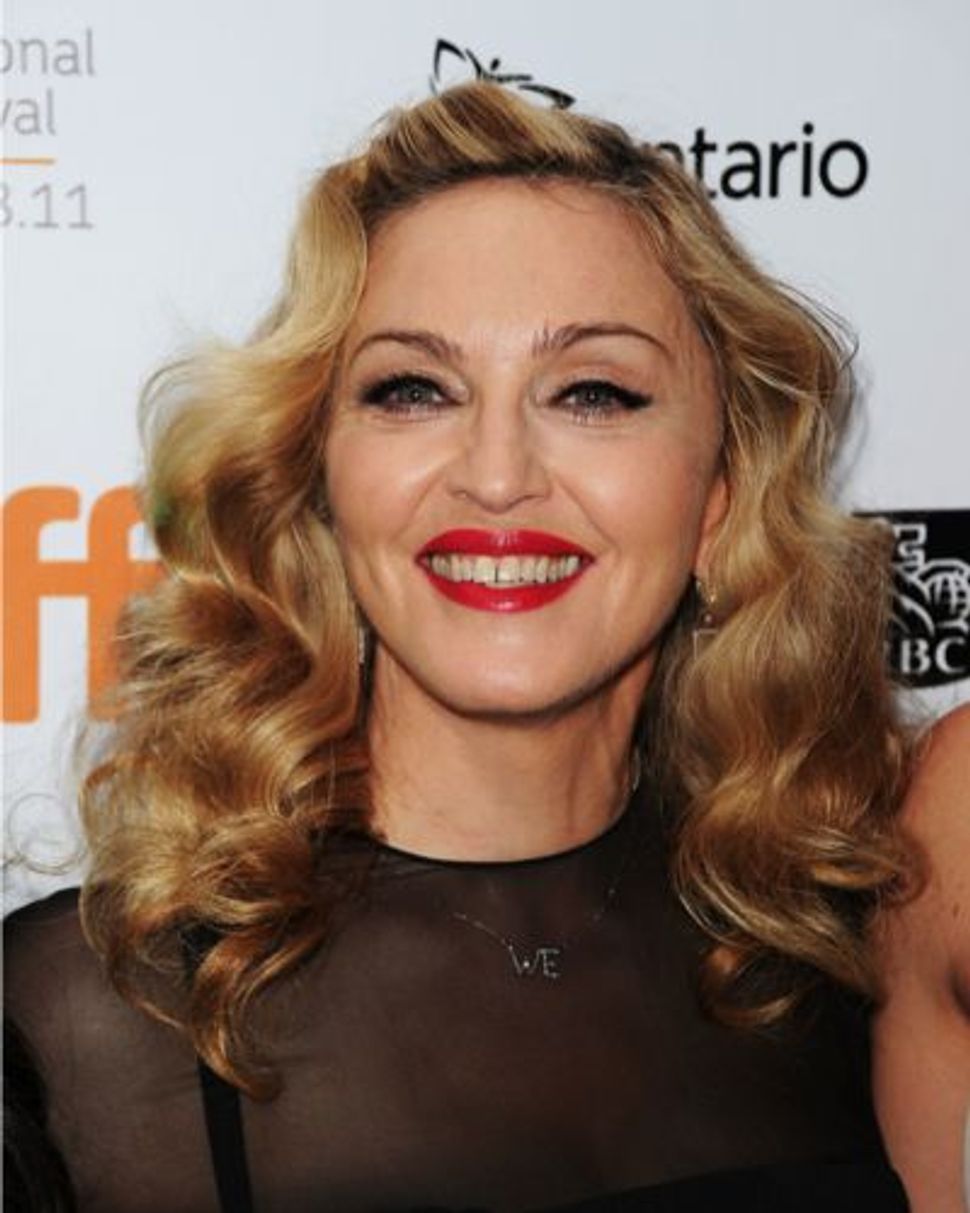 Madonna appears to be back involved with the Kabbalah Center. Image by Getty Images

The recent controversy surrounding Madonna and the Kabbalah Center’s charity work in Malawi seems to not have had any lasting effect on her relationship with the organization. The singer was spotted taking her kids to the Kabbalah Center in New York to observe the days of repentance according to Ynet.

Zehavit Cohen, who is one of the most powerful businesswomen in Israel and was a frequent target of the social protest movement, has temporarily stepped down from her role as Chairperson of Tnuva Food industries, according to the Jerusalem Post.

Mother Jones reports that Susan G. Komen for the Cure, the leading breast cancer foundation in the United States, is denying a link between BPAs – a chemical compound found in some plastics that studies have determined as cancer-causing – and breast cancer. Critics say Komen receives large donations from companies who continue to use BPAs.

Rebecca Sive argues on HuffPo that Obama can save the Jewish vote by catering to the many Jewish women who think a pro-choice president is more important than a pro-Israel one.

Radical Israeli settlers enlist women and children for defense, according to The Guardian.

Julia Pascal discusses her new play “Honeypot” which tells the story of a female Mossad agent in The Independent.