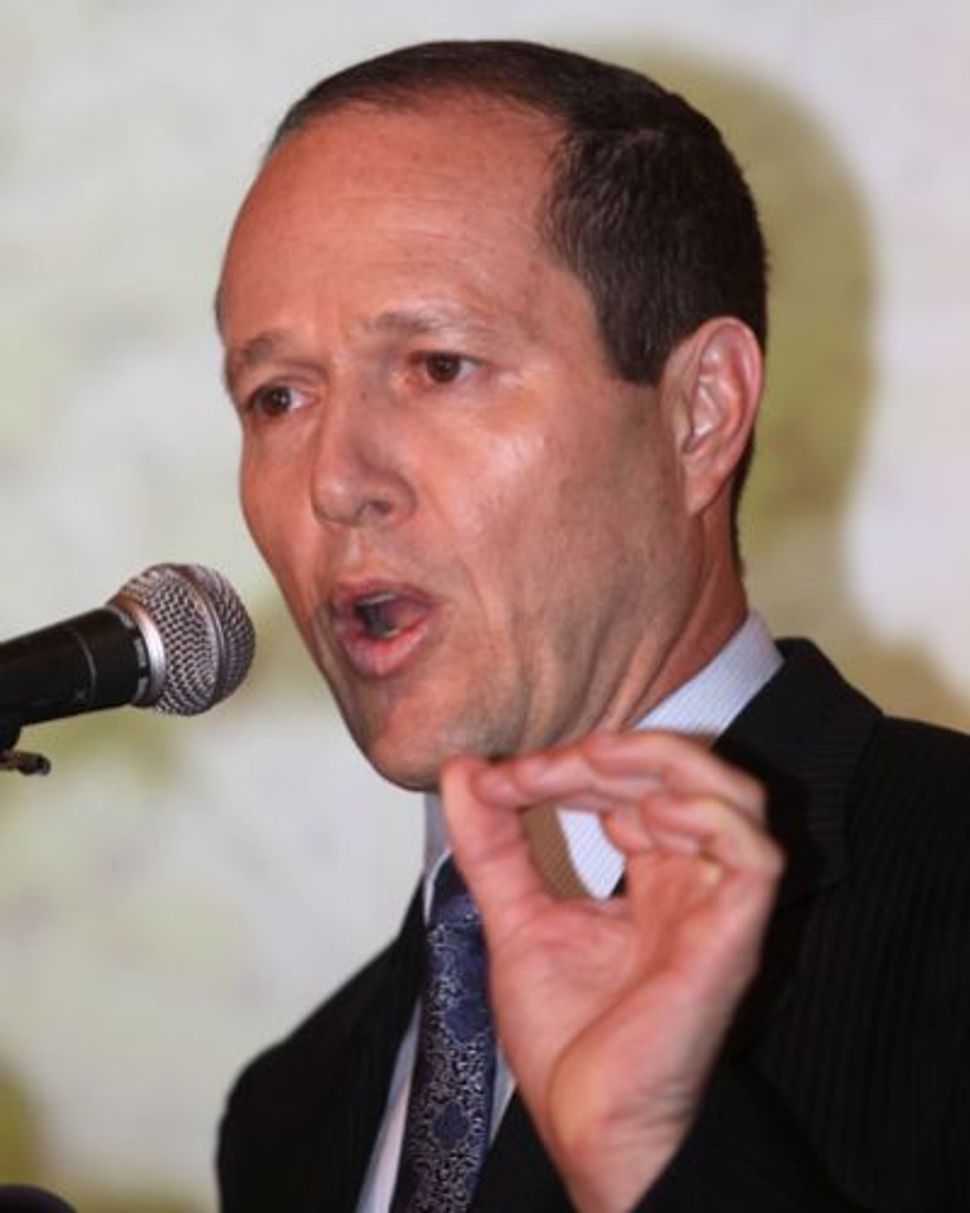 Israeli blogger Hanna Beit Halachmi asks in the title of her most recent post whether Jerusalem Mayor Nir Barkat is good for Jewish women. For her the question is rhetorical, as she is outraged as what she perceives as the many signs that Barkat is capitulating to Haredi political pressure, especially when it comes to the elimination of women from the public sphere.

Barkat’s punishing of City Council member Rachel Azaria earlier this week for petitioning the High Court of Justice to enforce a prior ruling prohibiting the segregation of men and women on the streets of Haredi neighborhoods, is just the latest example. The Sisterhood broke that news in this post.

While liberal and pluralistic Jerusalemites are railing against Azaria’s firing from her job overseeing early childhood education and local councils administration, Barkat maintains that his actions have absolutely nothing to do with religious pluralism and civil rights, and everything to do with procedural matters. He maintains that just as a government minister cannot sue the prime minister, neither can a city council member submit a legal complaint against the municipality.

“The Jerusalem municipality opposes gender separation in public spaces, and it will continue to help the police enforce the law as is required,” a city spokesman told Haaretz:

Without any connection to this, the rule that all coalition factions are beholden – as a result of their membership in the municipal coalition – to mutual commitment and loyalty remains in effect. Azaria’s attempt to have it both ways by remaining a member of the municipal administration while filing a complaint against it is implausible and inappropriate. It was made entirely clear to her that her actions as a coalition member were not acceptable, and she was asked to change her position. But she preferred to oppose the municipality.

Beit Halachmi isn’t buying it. She contends that Azaria’s complaint, in its original form, was not against the municipality, but rather that the municipality inserted itself into the matter when it asked to respond as a third party, on the grounds that the actions in question were taking place within its boundaries.

Barkat is a secular mayor who was elected thanks to the groundswell of support he received from young, liberal and “enlightened” Jerusalemites who gave him a mandate to wrestle the city from its Haredi stranglehold.

Legal specifics aside, Beit Halachmi, I and many others want to know why he is turning toward the most close-minded, right-wing ultra-Orthodox and against the woman who represents the best hope for Jerusalem’s future.