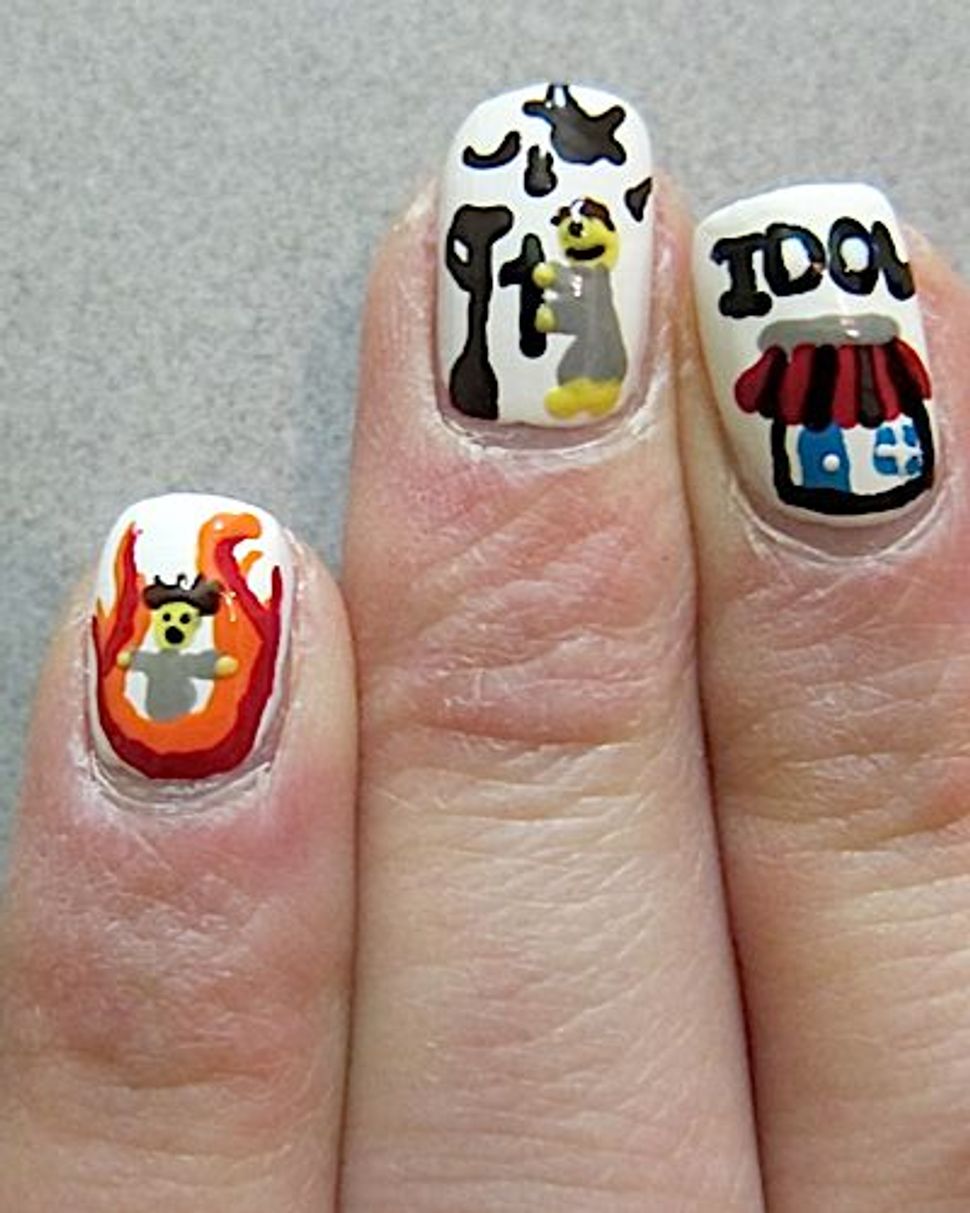 In a response to the piece, Sisterhood contributor Renee Zhert-Gand wrote that she feels torn about the club, which is called “Midrash Manicures.” She explains that while she is always open to new ways of engaging students in Torah, she feels women fought too hard to study like men to now do something so gender-specific, and that this endorsement of manicures might make young girls think they need to have one in order to feel attractive. Well, I am all for Midrash Manicures, and here’s why.

I understand the instinct to think that young girls doing something “girly” like nail painting while also doing something serious like studying Torah somehow trivializes the latter. But I also think it is important for us to challenge that instinct.

Saying that a girly activity trivializes something makes the automatic assumption that stuff that girls do is petty. But just because something is a girl thing shouldn’t automatically make it a bad thing, right? Would we be up in arms about Midrash basketball or Midrash video games? Probably not, because those typically boy activities aren’t considered as frivolous as beauty rituals that are typical girl stuff.

I know for some the problem isn’t that the manicures are girl stuff, but rather that they are but another example of beauty standards being foisted upon girls at an increasingly young age, part of an incessant emphasis on being pretty which is ultimately harmful. But I just don’t think that is the case here.

If this were Midrash dieting, or Midrash high heel walking, or Midrash and Vogue reading, I would cry foul too. But manicures? They are pretty harmless, and, for most women, fun. Walk around your city and you will likely see women of all ages, sizes, classes, races and backgrounds with painted nails. Manicures happen to be one of the least elitist beauty treatments out there. Because I saw my grandmother’s and her sisters’ dedication to the nail salon that continued far, far past their courtship years, I would say that it has little to do with the male gaze.

For many women, getting manicures is a chance to relax in a women-only space, and do something nice for themselves that doesn’t cost a fortune. I don’t regularly get them myself, but my mom loves to take me and my sister for them whenever I visit home. Last time we were there we saw a woman with bad multiple sclerosis who said that her weekly salon appointment helps her stay sane. We sat and chatted about current events and how fast I would get sick of the bright pink I chose for my nails.

The girls doing Midrash Manicures appear to get all this. For them the nail-painting seems to be a chance to authentically learn, get creative and bond, rather than be indoctrinated into a system of high beauty standards that will ultimately oppress them.

I know you can make the argument that we all enjoy these types of beautifying rituals because we were taught to do so, and that we really only do it to be visible in a society that values women for their beauty and little else. Yet despite all the theorizing on gender as a social construct, many mothers of young children quickly learn that there does appear to be something driving girls toward “girly stuff” and boys to “boyish stuff” from a very early age, and that it isn’t necessarily all a bad thing.

So I say let girls learn Torah, or anything else, in a way that appeals to them. Who knows, maybe the next Martin Buber or Maimonides will be a girl who attempts to condense to the story of Rebecca and Leah to an image on her thumb.