Torah Study Devalued When We Bribe Our Kids 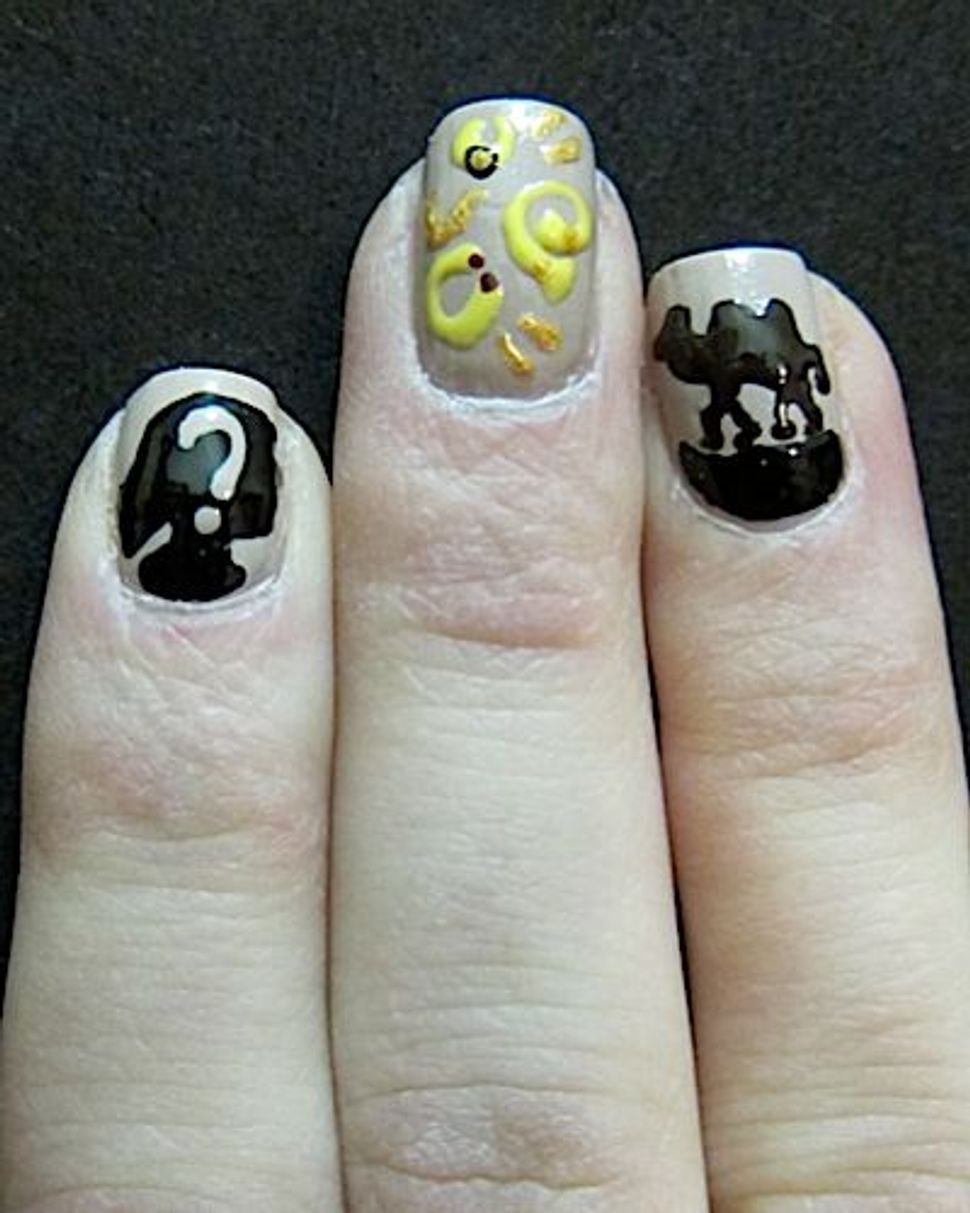 Why do we need to tell our kids that they can’t do important things for their own sake, but only to get some kind of reward? The notion of manicures for middle school girls in a Jewish school disturbs me on a variety of levels.

Since Elana Sztokman wrote so well about why they are a setback for women, I want to focus on the notion that girls will not be interested in studying Torah unless they get the prize of doing their nails out of it.

The assumption that kids won’t want to study Torah, engage in doing either ritual or ethical mitzvot without some kind of ulterior motive, cheapens the enterprise of these things. Why can’t we just say to our kids, this is our text and heritage and helps give our lives meaning and we need to study it? Midrash manicures seems to be telling these Westchester young ladies, “if you study this, then you get to do your nails.” Learning Torah, in this scenario, is something to be finished to get to the main focus: the manicure. What does that say about the value of study?

As another example of the banality of this approach, I was at my daughter’s school last week for morning tefillot (prayers), to hear her read from the Torah. Afterwards, a parent representative got up to tell the kids to come to the local Jewish federation and help with a phone-a-thon. She did not ask them to volunteer by explaining, ”you are giving others a chance to do the mitzvah of tzedakah,” or “the school and Federation need help and you can give it.” She told the kids to come because there would be a raffle for gift cards to various businesses. Do a mitzvah to win stuff you don’t need? Is this the purpose of doing a mitzvah?

I am not a fan of Amy Chua’s book “The Battle Hymn of the Tiger Mother” and its general approach to parenting, but one cue Jewish parents could take from it is Chua’s sense that parents have a right and duty to make sure their kids do certain things.

Chua is deliberate about her parenting — to an unhealthy extreme in my opinion — but she is not afraid to tell her kids to do things because she knows they have value. I’d like to see more parents telling their children, “you have the capacity to make the world a better place. The Jewish way to do this is studying Torah and doing mitzvot. I do that, and that is what I want you to do.”

But back to midrash manicures. I have no problem with making learning fun by using papercut midrash, or Bibliodrama, or any number of other creative ways to approach and understand a text. But, by assuming girls — or boys — won’t learn Torah unless we hold out the carrot of a reward to them, we are cheapening every aspect of what it means to learn.

Our tradition’s highest value is Torah lishma, learning for its own sake, not to do nails or win prizes and we should be promoting that in Jewish schools of all denominations.

In fact, the one place that nails are mentioned in the Torah, Deuteronomy 21:12, they belong to a woman and are uniquely bound up with her sense of self. The context is that when a woman is taken captive and an Israelite man wishes to marry her, the captive must be given a chance to weep for her parents and separate from them. Part of her mourning process is to “shave her head and do her nails.” Now, the rabbis debate what this means, whether it is that the nails should grow long or be clipped short. Various views of what the Torah might mean by doing one’s nails are summarized here. Whichever view is correct, nails seem to function as a marker of the captive’s self and the growth or removal of them will change her into a different woman.

Rabbi Yael Buechler’s website and writings show that she is clearly a sincere and learned Jewish leader, and a role model to girls and boys. I don’t have a problem with her doing her nails on her own time and discussing her designs after class with students. My concern is that girls are given enough messages by the rest of the world that their physical appearance is the most important aspect of their being. By sponsoring a club where girls do their nails, the school is endorsing the notion that women need to focus on their looks to derive a sense of self-worth.

What does the Torah teach on this? The Torah is aware that humans are physical beings and notice each other on a physical level. In this week’s Torah portion of Vayera, we are told that Sarah says “my lord is old” (Gen 18:12) in disbelief when she hears that she will have a child. The midrash states that God changes her language when he reports to Abraham what Sarah has said to “I am old.” (Gen 18:13) In this reading, God is willing to change Sarah’s words about Abraham’s physical being to preserve the self-esteem and sense of dignity of her husband.

If we wish to be in the “image of God,” we need similarly to keep in mind the dignity of all. Pressuring girls to do their nails and conform to a particular notion of female attractiveness, as well as telling them that text study without manicures is in vain, is not encouraging the dignity of these young women.

Torah Study Devalued When We Bribe Our Kids