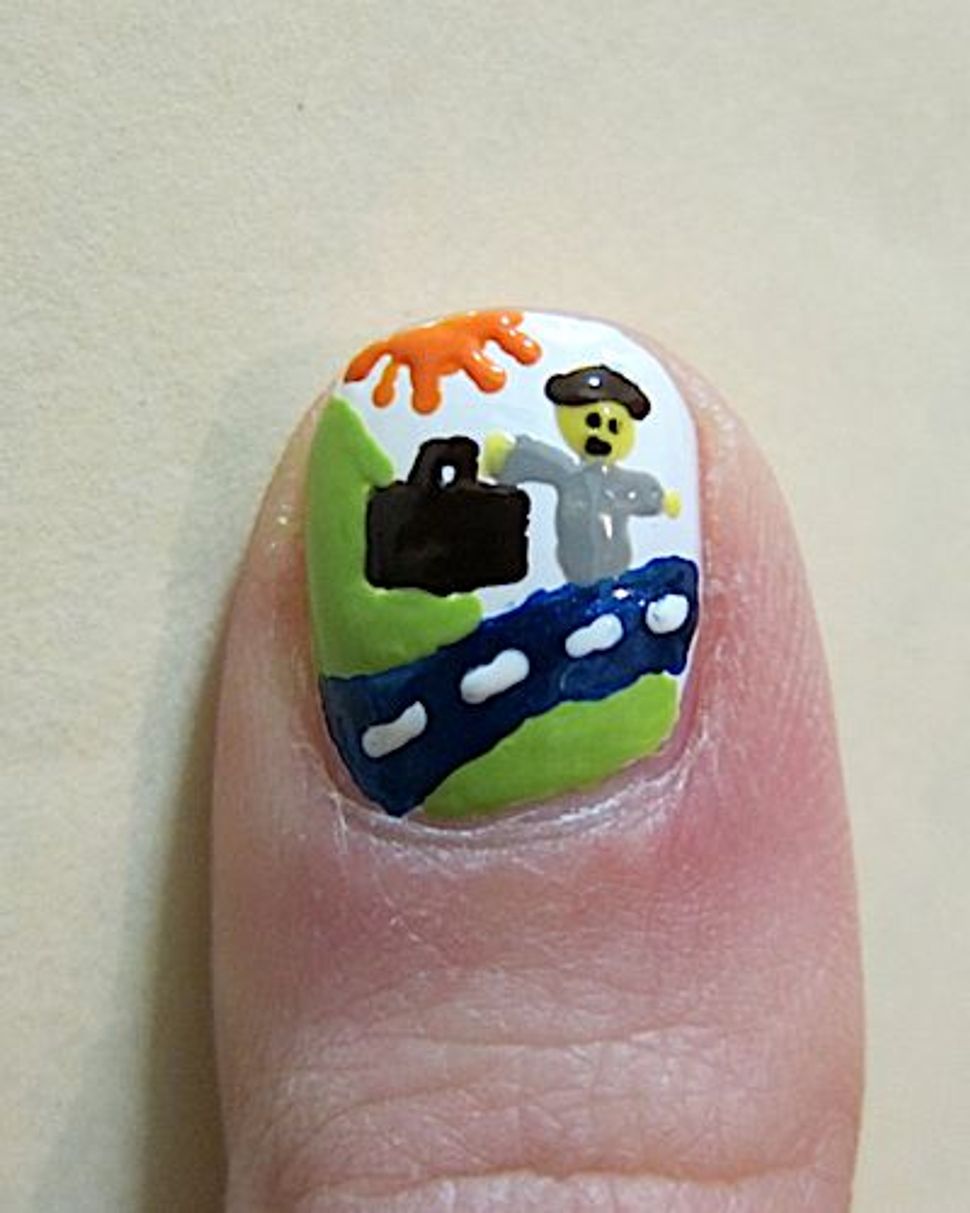 At the risk of creating another line in the sand between feminists, I am going to weigh in on the midrash manicure thing. This phenomenon is, in my opinion, a new low in girls’ Jewish education. I cannot even believe I’m writing an essay that has the words “midrash” and “manicure” in the same sentence. This is a serious regression into some of the most damaging ideas about how girls learn.

There are many ways to make Torah and Judaism interesting, relevant, engaging and creative. Art forms such as music, painting, dance and drama in Torah learning are wonderfully expressive ways to connect to tradition and text. As my friend Ken Quinn says, the Temple was undoubtedly a very sensual place, full of sights, colors and smells. Torah and Judaism do not have to be the overly cerebral experiences that they so often become. Art and creative expression are vital tools for learning.

There is a huge difference, however, between providing a gender-neutral, intellectually challenging artistic learning experience and girls painting their nails. It doesn’t matter how “fun” manicures are, or how bonding it supposedly is for women, or how egalitarian it presumably is because manicures are so cheap (which they’re not, by the way, if you get them every week, or if they go with pedicures or special designs, or if you do them anywhere else other than Manhattan, like in Israel, where they cost a fortune; plus the fact that when women are still making 77 cents on the dollar to men’s salaries, any added financial burden of adhering to social standards of feminine beauty is just added gender inequality).

The manicure, no matter how you look at it, is a gendered act, aimed entirely at girls, just another instance of teaching girls to mold their bodies in order to conform to societal notions of femininity. This is by definition a girls’ thing. It’s no longer about artistic expression but about socializing girls into female identity.

Combining the mindless act of painting girls’ nails with the act that we call learning Torah makes a truly horrifying statement that Torah belongs with mindlessness. After Jewish women have spent over a century fighting to the right to be taken seriously as learners, after struggling to be called “Rabbi” and not “Sue,” after toiling to get men to see us not as a body or a mother or a pretty face but as scholars and leaders and serious people who are equal in all tasks, the idea of reducing all of that to manicures is nothing short of devastating.

The real issue is that all of this is touted as a girls’ thing. We would not expect our male leaders or teachers or rabbis to be manicuring their nails as a way of teaching Torah. So by saying it’s okay for girls, we are by definition holding girls to different — much lower — standards than boys. And that sets girls’ learning back by generations.

I can imagine my paternal grandmother, who went to shul at 7:00 every Shabbat morning to learn Torah before minyan — and probably never had a manicure in her life — rolling in her grave. I wonder how many other serious, learned Jewish women who worked so hard to be respected for their minds and not their looks, might be rolling with her.

Can you imagine Nechama Leibowitz doing manicures? Or how about Sara Schenirer? Or in society at large, imagine watching Secretary of State Hillary Clinton giving a talk about world politics over a bottle of nail polish. She would be a laughingstock — and rightfully so.

Women who are valued for their intellectual spirits and abilities are not engaging in such demeaning work while supposedly learning Torah. What you do for leisure is one thing, but don’t call it education.

Let us not glorify girliness. This is just another misguided expression of so-called lipstick feminism, a supposed model of female empowerment that is nothing more than sending girls back to old, unhelpful paradigms. Let us not confuse grooming habits with education. Let us not confuse bodily care with empowerment. If women’s bonding experiences start and stop with conversation over beauty habits, we have not come a long way at all.

If we really want to empower girls, to socialize them into believing that they are fully capable and equally valued members of society, we need to educate them with the same tools and messages that we give boys. Girls — and boys — need intellectual challenges as well as artistic stimulation. Girls — and boys — deserve to be released from excessive societal expectations around gender. We don’t need hot-pink paint or any other diminutive tools for putting people into old gender paradigms. Rather, we need gender-neutral messages for equal entry into Jewish life.

Our kids deserve a better model of female identity and Jewish life.