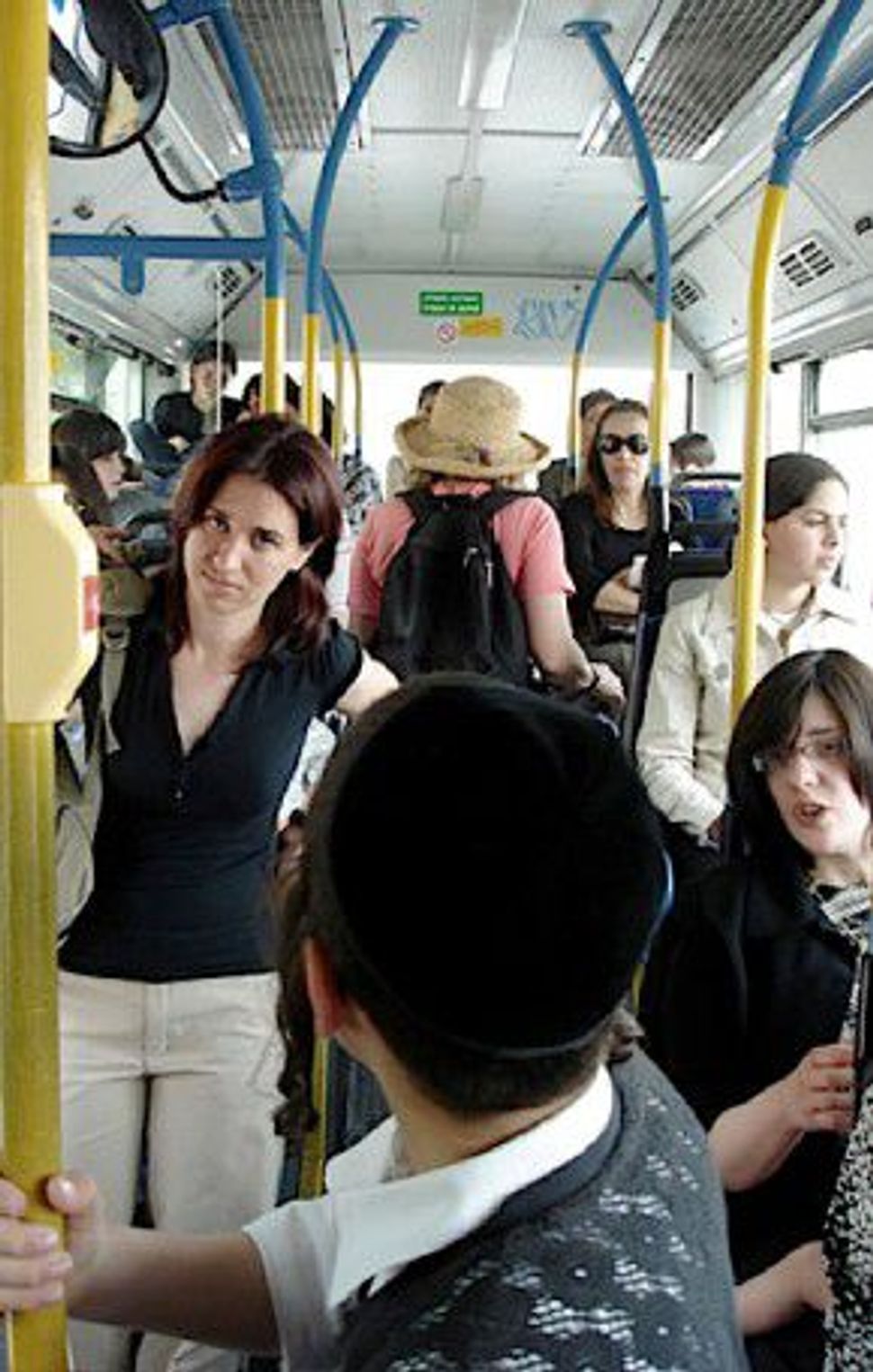 When the Israel’s High Court ruled back in January that forcibly segregating men and women on so-called ‘mehadrin’ public buses was illegal, but that segregation could take place on a ‘voluntary’ basis, I was worried by what seemed to be to be a wishy-washy decision. At the time, I wrote:

One can’t help but worry about the reactions that women will encounter when they exercise their legal right to choose to ride in the front of such buses. It is hard to believe that the verbal and physical violence that has resulted from such situations in the past will miraculously evaporate as a result of a court ruling.

What I saw as the main bright spot of the ruling was Judge Elyakim Rubenstein’s clear-cut declaration that “a public transportation operator, like any other person, does not have the right to order, request or tell women where they may sit simply because they are women. They must sit wherever they like.”

In the year that has passed since the decision, my fears have been realized.

There is significant anecdotal evidence that women who dare sit in the front of the bus are being harassed, bullied and pressured to leave the front seats for the men and take their place in the back with the women. The reaction of the bus drivers, the women report, is at best indifference and at worst siding with those harassing them to sit in the back.

Which is why it was extremely encouraging to hear the recent news of the first case of a woman being awarded financial compensation for a bus driver’s attempt to coerce her to change seats. Egged, Israel’s largest bus company, was fined more than $1,000 after a woman, backed by the Israel Religious Action Center, took the company to court for violating the High Court’s ruling against forced segregation. The woman testified in court that the driver told her that “only the rabbis can decide whether a bus is segregated or not. It was humiliating and insulting.”

This lawsuit and the subsequent payout will hopefully put some teeth in the High Court ruling where none existed. Till now, the bus drivers and the bus companies may have found it uncomfortable to stand up to the ultra-Orthodox leadership who want the bus lines to be ‘mehadrin.’ Now, the threat of multiple rulings like this one hitting them in the pocketbooks may be the incentive the bus companies need to direct their drivers to support any woman’s right to choose her seat on the bus. The success of this suit will likely encourage others. On the day the decision was handed down, I heard another woman interviewed on Israel Radio about the suit she had filed on behalf of her 16-year-old daughter, who was pressured by a bus driver to move to the back of a Beit Shemesh bus.

On a larger scale, the lawsuit threat could not only influence the behavior of drivers, but it could serve as a disincentive for the companies to accede to Haredi pressure to make a larger number bus lines ‘mehadrin.’ The price, they are now likely to conclude, will simply be too high.