A Simple Secret to a Happy Marriage 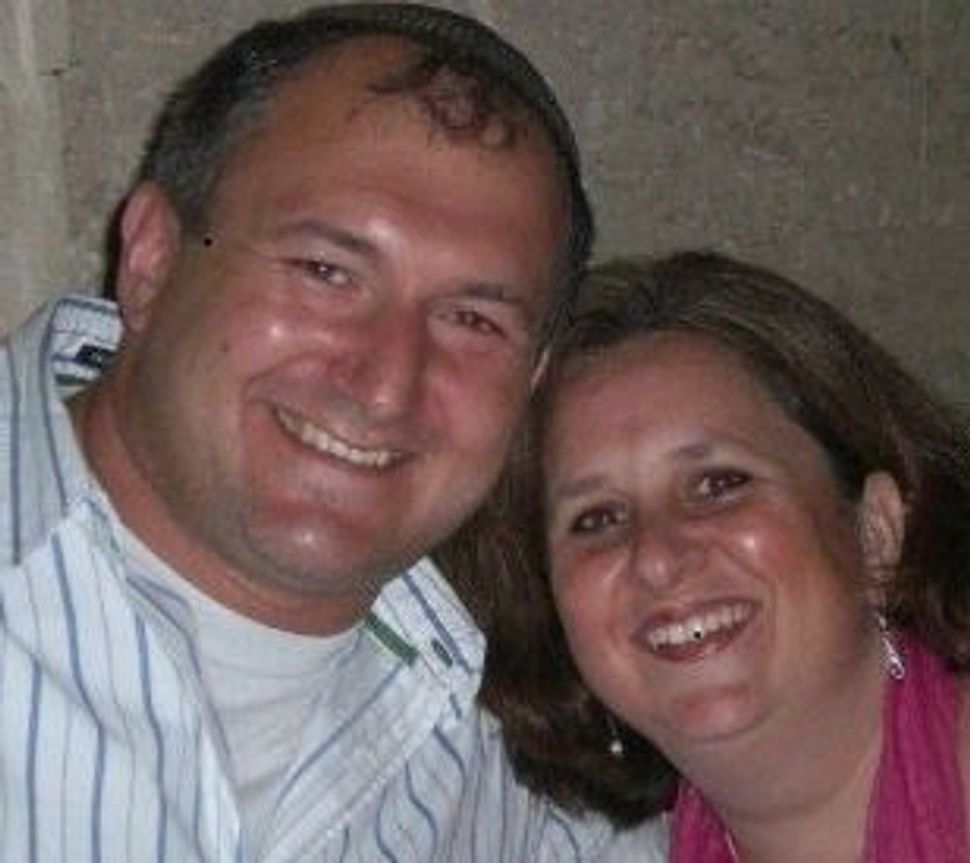 The author and her husband, Jacob Sztokman. Image by Courtesy of Elana Sztokman

My husband and I just marked our 20th anniversary. When you’re first getting married, or busy going through life, the idea of “20 years” just sounds like a lifetime. Can you imagine doing 20 years’ worth of anything? Twenty years in one job, 20 years wearing one hairstyle, 20 years with the same roommate. It sounds overwhelming.

The world has changed enormously since we got married. Certainly in the obvious ways — computers, email, Internet, cell phones. To wit, Jacob and I spent a year apart after we met, when he was home in Australia and I was home in Brooklyn, and we have tried to explain to our kids that there was no texting, no Skyping, and no emailing then. We wrote actual letters in actual handwriting that would take two weeks to arrive, and the big technology was that we would record ourselves speaking to each other on cassette tapes, which we would then mail to each other. And of course we had occasional long distance phone calls that increased in frequency as the year went by. These were the days before long-distance plans were introduced, and my father still recalls with a combination of fondness and horror The Great Phone Bill of August 1989, which he says, regretfully, was about as expensive as a plane ticket from New York to Melbourne. Ah, young love.

It’s not just technology that has changed. Ideas about marriage and relationships have changed as well.

Twenty years ago, much of the sage counsel I received about marriage revolved around the idea that women shouldn’t contradict their husbands, that the kitchen is a woman’s real domain, and that a good husband is one who remembers to thank his wife for cleaning for Shabbos and for teaching the children well. I would like to think that Jacob and I made our own rules as we went along, eventually releasing ourselves from ideas that simply did not sit right with us. But maybe it’s not exactly that way.

We weren’t alone, because there others simultaneously rejecting some of these outdated and unhelpful ideas, and perhaps those changes were less of an isolated process and more of a piece of cultural evolution. Society has simply changed – which means, lots of us changed at the same time. Or at least changed a little. Or at least in some places….The process is hardly over.

I keep thinking that with all this, I should have developed my own wisdom about marriage. Marriage is hard work. But beyond that I’m wont to make any kind of grand statements because I feel like I’m still learning and trying to understand it all for myself.

But I’ve been asking around. I have been asking couples we know who have been married longer than we have if they have any “secrets” to a happy marriage. Some commentary has been rather shocking, like jokes about how a successful marriage requires selective deafness, or the ability to always say, “Yes, dear.” I don’t find this kind of humor funny at all, and it just reminds me how many unhappily married people there are in the world and that things have not changed as much as I would like to think. But there are also signs of hope. We have friends who have been married 40-something years, and on the husband’s 65th birthday, the wife said, “He is such a beautiful man. I’m just so lucky to be married to him.”

So I asked her what her secret of marriage was. She said, “Respect one another, and listen.” So simple, yet so profound. I’m holding on to that.

When I think about the 20 years, I consider myself very lucky. Twenty years is not just 20 years — it’s four children, seven house moves, three continent moves, many job changes, an incredible number of crises big and small, several major ideological transitions, and ultimately 7,300 nights of finishing one’s day and calling the other person ‘home.’ And through all those dynamics of life, to be able to find balance with one another, and to feel empowered, respected and heard by the other person, well, that’s quite a gift. One might even go so far as to call it love. And, well, I hope he feels lucky, too.

A Simple Secret to a Happy Marriage