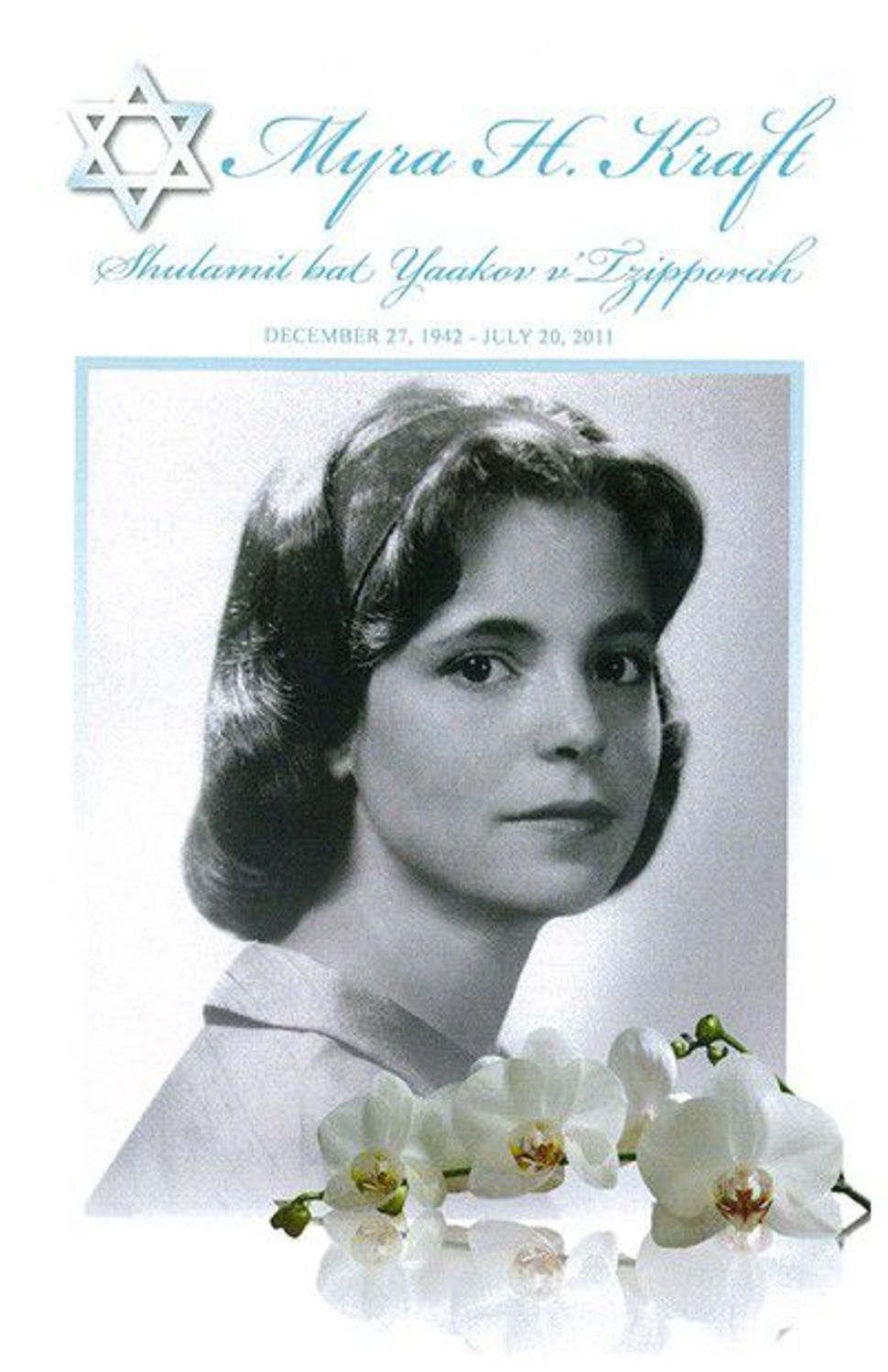 The program from Myra Hiatt Kraft?s funeral. Image by jwa.org

According to tradition, football players wear a patch with the Roman numerals of the Super Bowl — this year is Super Bowl 46, or XLVI — on the left side of their chests. This year, the Patriots will be wearing it on the right side; the left is already occupied by a patch honoring Myra Hiatt Kraft, the wife of team owner Robert Kraft; she died of cancer at age 68 last July.

The daughter of one successful businessman, Jacob Hiatt, and the wife of another, Robert Kraft, Myra Kraft was a dedicated and inspired philanthropist. The Krafts were generous benefactors of Israeli institutions and of Brandeis University, her alma mater, but they also endowed a professorship of comparative religion at the College of the Holy Cross. From 1983 to 2011, Myra Hiatt Kraft served on the board of the Boston Boys and Girls Club and, in 1995, became the first woman to chair that board. She also ran the New England Patriots Charitable Foundation.

After Myra Kraft’s death, the Patriots dedicated the season to her memory. They have been wearing patches with her initials, MHK, over their hearts ever since. A piece on the Boston NPR affiliate WBUR, called Myra Kraft a “Jewish mother” to the team. Pats defensive lineman Vince Wilfork told WBUR that Myra befriended many of the players, asking about their families and making sure they were feeling okay. “We both enjoyed each other,” Wilfork said. “My friends were so different. Lot of guys want to talk about football, but with her it really wasn’t about football. She wanted to know how you are as a person.”