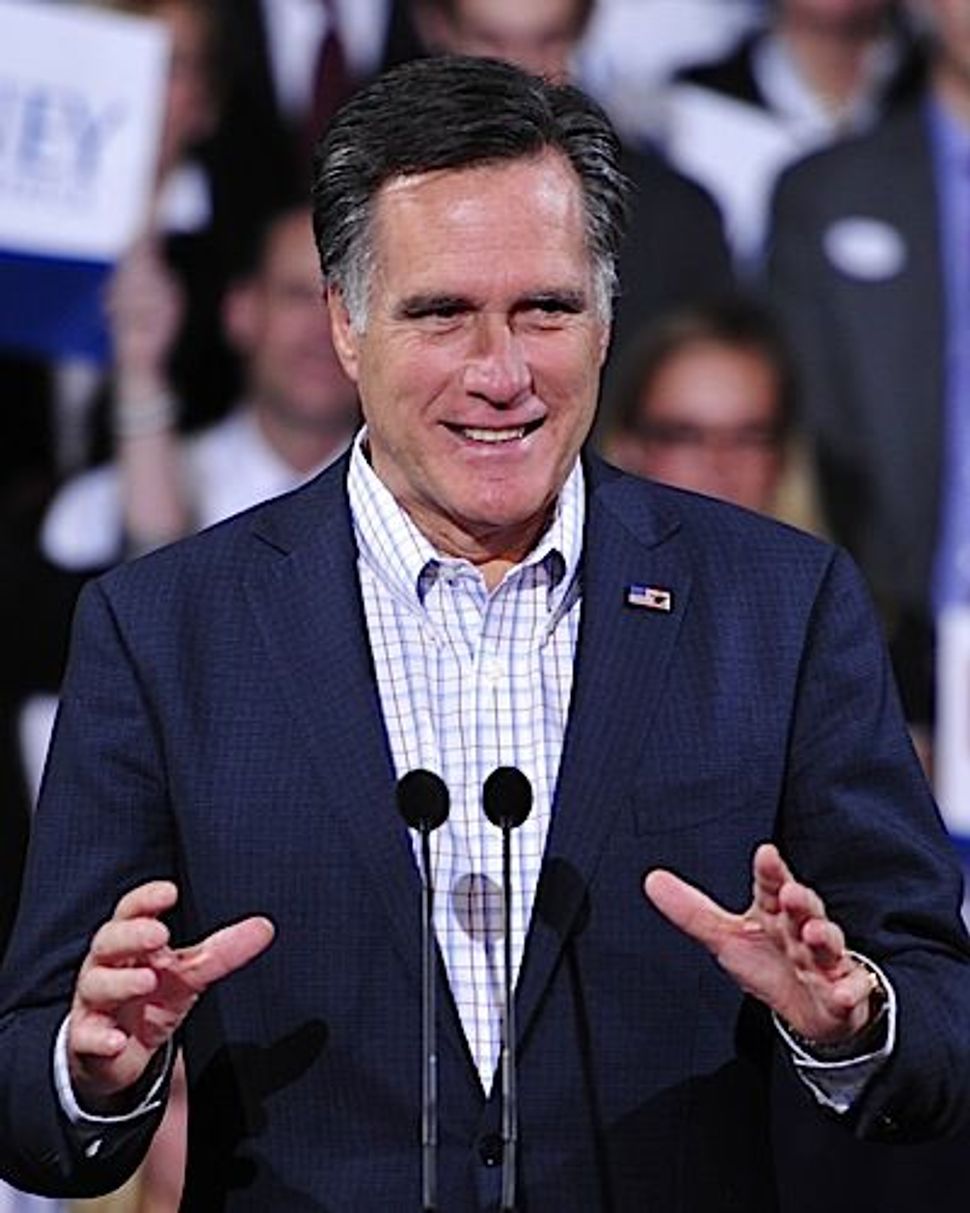 In my piece, published this week on Salon, I wrote about Mormon gender roles being highly prescribed, with men defining themselves “in contrast to women but also against other men in the secular world.” From the outside, Mormon family norms might seem like a throwback to the 1950s, and Romney certainly garners his fair share of “Leave it to Beaver” comparisons. In Mormon culture, men are the primary breadwinners; many women work part-time, if at all. Couples marry young and start large families early.

In Ogden, Utah, the heavily Mormon town where I grew up in, many of my high school friends have two children and several others are starting on their third. We’re in our late 20s.

But taking a closer look at Mormon families, the 1950s comparison seems utterly incongruous in some ways. Unlike the conservative, aloof, idealized man of the 1950s, Mormon men are taught to be gentle and to interact in good faith with “love unfeigned.” If a Mormon man must issue a word of criticism, he should be specific, and do it in a way least likely to drive the other person away. Family is central in the Mormon tradition. Women are supposed to be the nurturing, loving caretakers, and their husbands the providing protectors. In this way, both Mormon men and women have an enormous stake in the domestic sphere; ideally, both rule over hearth and home.

To be sure, growing up in Utah I witnessed enormous amounts of sexism. Mormonism is an explicitly patriarchal religion.

At age 12, worthy Mormon men attain the priesthood, the power and authority to act out God’s will. This role inaccessible to women. Mormon women are by no means barred from seeking work outside the home, but the Mormon emphasis on growing large families can delay careers for years. One woman I know recently began practicing law at least two decades after she first attained her degree; in between she had 11 children. A running joke in my high school was that certain girls planned on going to college only to obtain their “MRS” degree, to find a handsome returned missionary and settle down before graduation. (The student newspaper at the Church-affiliated Brigham Young University even publishes a bridal guide!)

But for every instance of internalized and explicit sexism, I could point to examples of feminism rooted in the Mormon faith. I have a Mormon female friends with Ivy League degrees and big careers. My best friend from high school has a marriage that is enviable in its seeming perfection — a picture of equality, affection and shared responsibility for their young son.

Now that I’ve left Utah and I write primarily about Judaism, I try to examine my own faith through the same lens that I applied to Mormonism growing up. Like the Church of Jesus Christ of Latter-day Saints, some strains of Judaism have similarly prescribed gender roles. Even the more liberal strains replicate the sexist modes of the secular world. As a religion reporter, my job is to locate the intersection of religious expectation and personal agency. To find the Mormon feminist housewives, as it were, and figure out what they’re about.