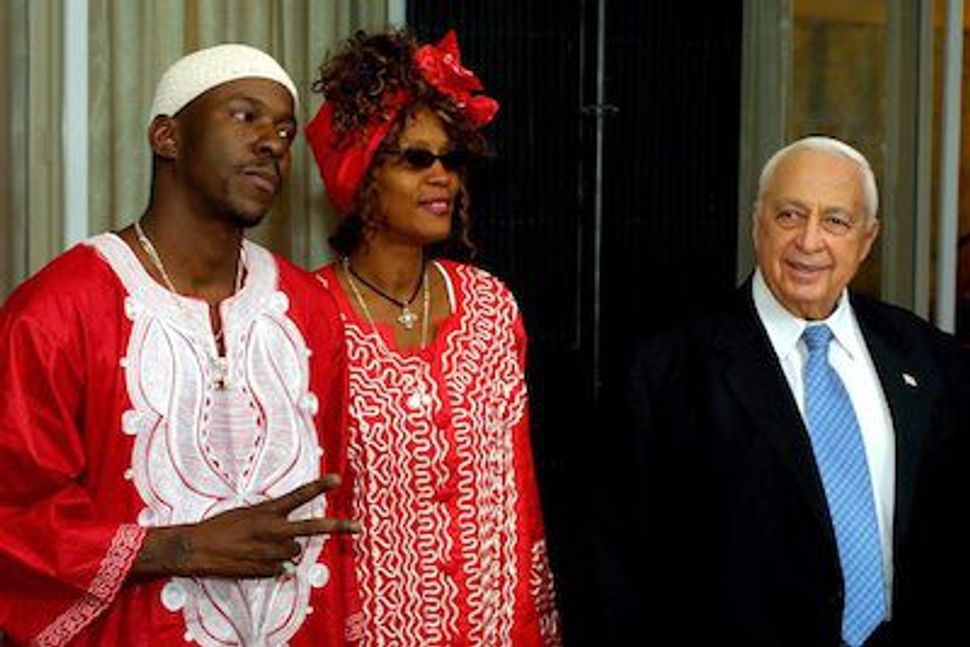 Back in the 1980s, Whitney Houston was the girl who had it all: devastating looks, an incredible voice, impeccable show business connections. Her success seemed predestined. Whitney spent her childhood singing in church choirs and nightclubs along her mother Cissy Houston. Dionne Warwick was her cousin and Aretha Franklin, her godmother.

In her definitive 2006 Salon piece on Houston, Rebecca Traister wrote: “Many female stars are motivated to present themselves — or others choose to represent them — as rebel bad girls who defy prudish expectation and wholesome good looks by staying out late, drinking too much and sneaking off to bathroom stalls with Wilmer Valderrama. Back in the mid-’80s, Houston was defying a different set of cultural expectations — the ones applied to black girls — to a much different effect. She was presented to us as youthful feminine perfection: all sugar and spice and poofy dresses, a solid rearing in the church, a close family.”

While we mere mortal young women were struggling to get a foothold in the world, we were finishing high school, trying to make it through college, slaving away at our entry-level jobs, Whitney was breaking the color barrier on MTV, recording hit after hit, climbing the charts, collecting awards and accolades, and then becoming a movie star.

Even if her sentimental ballads and fluffy upbeat pop tunes were not your musical cup of tea, there was just no denying the power and magic of her voice and the utter confidence and poise on stage.

That’s the Whitney Houston that my generation will always remember — not the terrible, endless, downward spiral that followed. I could never bring myself to watch her reality show, it all sounded too horrible. I suppose it is comparable to my mother’s generation wanting to remember the young, lithe, leather-jacketed Elvis and let the image of the overweight Vegas Elvis fade away.

At one point I had to pay attention to Houston in her later years and covered her bizarre 2003 trip to Israel, which included a baptism in the Jordan River, and an awkward photo opportunity with then-Prime Minister Ariel Sharon. She said, at the time: “I’ve never felt like this in any other country. I feel at home, I feel wonderful.”

She even declared her intention to build a home in Dimona, where she visited a community of Black Hebrews. But she never visited again.

There were occasional glimpses of hope, reports of her trying to turn herself around, most prominently when she spoke with Oprah Winfrey, back in 2009. But even with Oprah, she seemed shaky and strung out.

Is there a lesson for us in her tragic story, other than the worn-out lesson, already delivered convincingly by Michael Jackson and Amy Winehouse, about how difficult it is to combat drug addiction once it has its claws in someone?

I can’t help thinking that maybe it did all come too easily, too soon, and too young for Whitney Houston. Maybe when you are so beautiful, talented, successful, showered with awards and able to hold stadiums full of people enthralled when you are 21 years old, it’s too difficult to figure out what to aspire to next — that there is nowhere to go but down and the only thrills left are chemically induced.

Maybe we mortal, less magically gifted women, introduced earlier to life’s disappointments and struggles, are able to find joy in far smaller accomplishments and pleasures. As young women, we dreamed of being a superstar like she was, when in fact, she might have been better off if she was a little bit more like us.