On That Satmar Sexual Polemic 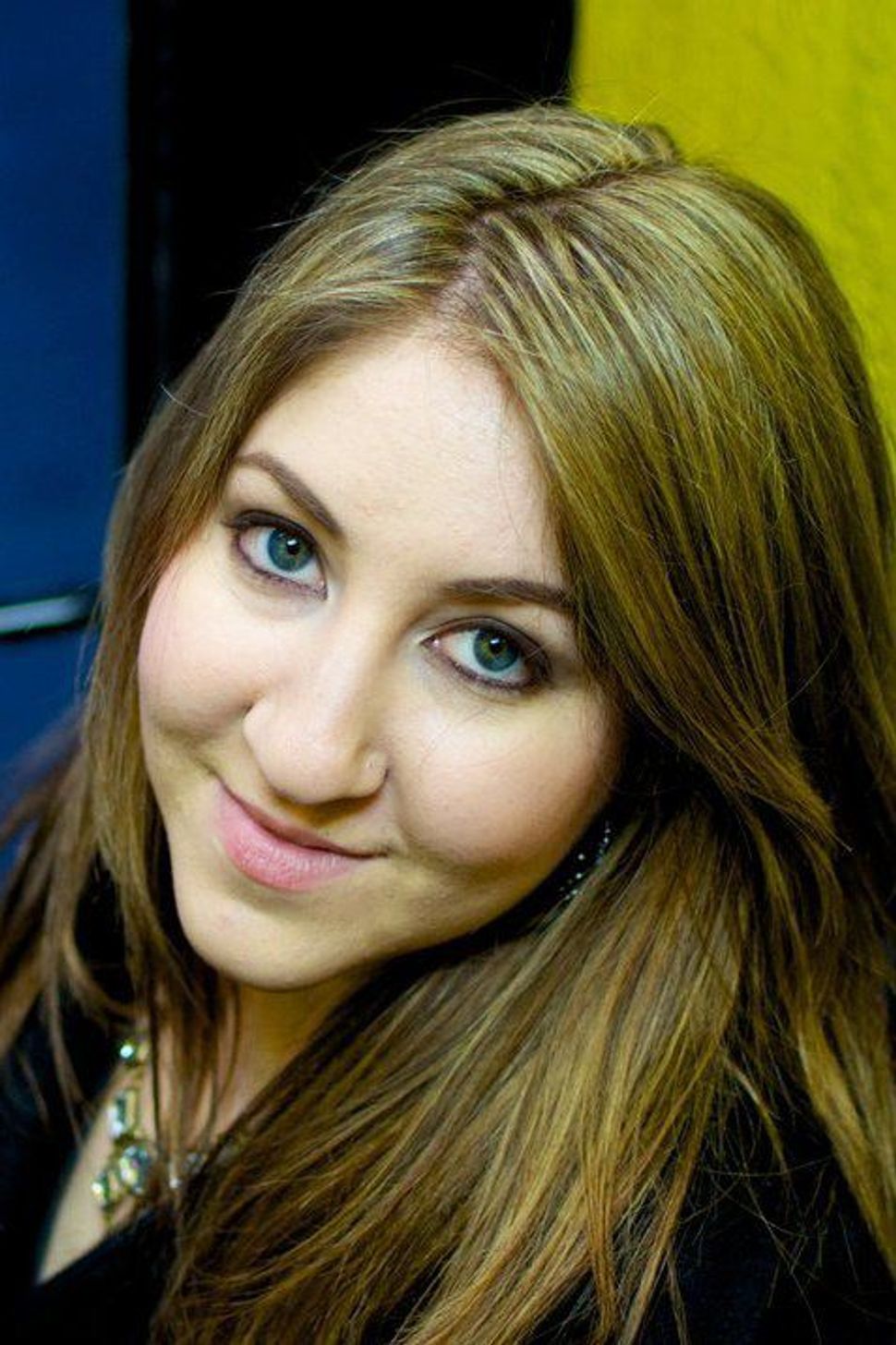 At first impression Deborah Feldman’s new memoir,”Unorthodox,” reviewed here in the Forward, feels like déjà vu all over again: Girl breaks away from her insular Hasidic sect after a youth of illicitly reading library books and sneaking into movie theaters. With subtitle like “The Scandalous Rejection of My Hasidic Roots,” it’s tempting to consider the book as a sexier, 21st-century version of Pearl Abraham’s novel “The Romance Reader.”

But that would be a disservice to Feldman, 25, who has succeeded in writing a heart-rending sexual polemic.

“I’ve never felt more Jewish than I do now,” Feldman told me, as she nibbled on a scone at a whimsical Manhattan café called Alice’s Teacup.“I love mainstream Judaism. I’m still acclimating, but I love the diversity in a Modern Orthodox society.”

Her early life among the Satmar Hasidim was still exceptionally difficult. Her mentally unstable father was eventually matched with a hapless young British woman who had apparently been lured with gifts and promises of financial security. The marriage self-destructed soon after Feldman was born.

Feldman’s mother left Hasidism and her father retreated further into mental illness. Her paternal grandparents — stern, sturdy and idiosyncratically loving to her — raised Feldman. But her questionable family history made her an outsider in a community where social status affects a girl’s chances for a suitable marriage partner.

Temporarily breaking out of her private chrysalis, Feldman would haunt public libraries on long bus rides away from Williamsburg, checking out novels by Jane Austen and Louisa May Alcott. At home, she read in secret and stashed her bounty under her mattress.

She married at 17 to a boy she had only met twice. After her marriage she was baffled by her body’s rejection of sex itself. Between her husband’s sexual dysfunction and her own anxieties about her genitalia, it took the couple over a year to consummate their marriage. “In all that time I had no idea what my vagina looked like,” she said.

Cloaked in the anonymity of the Internet, Feldman began a blog called Hasidic Feminist. She posted essays about her challenging sexual experiences, her troubled marriage, and the hardships of teenage motherhood. Within weeks the blog went viral and was inundated with comments by Hasidic women who were in similar straits. The blog also attracted the attention of an agent who helped Feldman write a book proposal.

She began taking literature classes at Sarah Lawrence College, but told her husband she was taking business classes. “Sarah Lawrence was where I eventually came out of my cocoon,” she told me, recalling how she’d take off her wig and long skirt, and change into jeans before classes.

“I took a theater class where we did a writing exercise in which we had to elaborate on the sentence: My vagina is beautiful. In effect, I wrote an extended Vagina Monologue.”

Shortly thereafter, Feldman left Hasidism for good with her young son, Yitzi, who was almost three at the time. “One of the first things I did when I left the community was to teach my [Yiddish-speaking] son to speak English.”

A kindergartner at a Modern Orthodox Jewish Day School in Manhattan, Yitzi spends most Shabbats with his father, who has also broken away from the Satmar community.

“Unorthodox” is distinctive for the way Feldman’s narrative emphasizes discovering her body, cultivating her own Jewish identity and initiating relationships with men on her own terms.

Still mastering the social learning curve, on our way out of Alice’s Teacup Feldman invited the handsome host at Alice’s Teachup to her book party. “I’m still figuring out the difference between flirting and being social,” she said.

On That Satmar Sexual Polemic