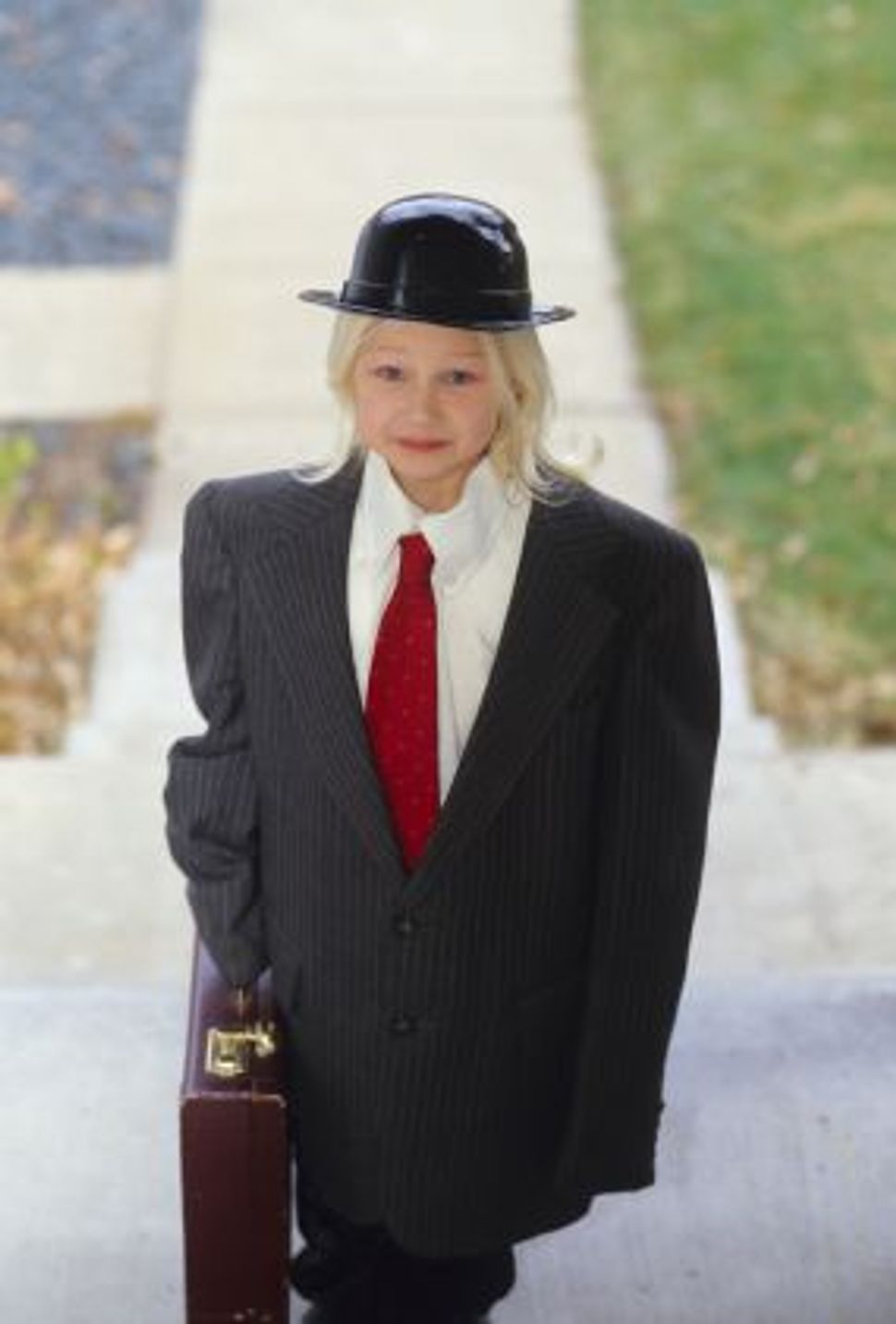 Yesterday was “boy-girl” day at my daughter’s school. What does that mean, exactly, you wonder, as I did when the news arrived home? Turns out, it is part of the Purim lead-up week, when every day the school has another dressing-up theme, like the less-charged “pajama day” or “face paint day.” The school this year instituted a day when boys dress up like girls and girls dress up like boys.

Now granted, the school may have found inspiration for this misguided idea from the many adult men who have dressed up as women over the years. When I was doing my research on partnership synagogues, one of my interviewees told me that I should write about how at his synagogue one year, no less than six men dressed up as women, and that in his opinion that says something about the men who are willing to pray in an egalitarian way. Presumably he was implying that a man dressing up like a woman is more in touch with his feminine side, whatever the heck that means. Or maybe that he just likes women. Or maybe he thinks that in the partnership synagogue, a place that pushes gender boundaries, it’s okay for a man to test his secret desire to go trans.

However, it is telling that you don’t find many women dressing up as men (except for specific-costume men, like Charlie Chaplain).

Women don’t dress like men because there is nothing odd about becoming a man. Pants and shirt, you’re done. It’s not so interesting. But the whole lipstick-scarf-skirt thing is, indeed, like putting on a costume. Many women put on this costume every day. I can imagine why it seems like fun for men. I can also understand why, as a daily routine that actually involves plucking, waxing, squeezing and brushing, putting on the real “woman costume” isn’t always as fun or painless as it seems.

It is also telling that in real life, there are three times as many women undergoing sex change operations to become men than the other way around. In real life, being a man is more appealing than being a woman — more privileges, more freedom, less painful procedures. This is backed up in gender research by Barrie Thorne and others who found that it’s much easier socially for a girl to be like a boy than for a boy to be like a girl. “Tomboy” is a compliment while “sissy” is an insult. One study found, when kids imagine being the other gender, boys perceive becoming a girl as a pain, but girls perceive becoming a boy as fraught with possibility.

“So what does it mean to dress like a boy?” I asked my 8-year-old daughter as she planned her costume for the next day. “You know,” she said. “I’m going to wear a kippa, and….” She was having trouble with what else.

“But there are girls who wear kippot,” I said, “and there are lots of boys who don’t.” She gave me a pained look.

“So what are the boys going to do to dress up like girls?” I asked.

“You know,” she said with a sigh. “They’ll put on make-up and nail polish. And they’ll wear skirts.” I pointed out that she doesn’t wear skirts to school. “And,” I added, “there are men in the world who wear skirts. Like the Scottish men who wear kilts. Or like Moshe Rabbeinu. He probably wore a dress. So did the Rambam.” Pained look again.

“Look, even if Moshe Rabbeinu wore a kilt,” she said, and then, exasperated, said, “just look at the circles, okay?”

I sometimes torture my children this way. I decided to stop. “It’s fine,” I said, putting my arm around her and smiling. “Just remember that boys and girls aren’t as different as some people think they are.” When she realized the interrogation was over, she was relieved. We hugged, and for that brief moment, all was good in the world.