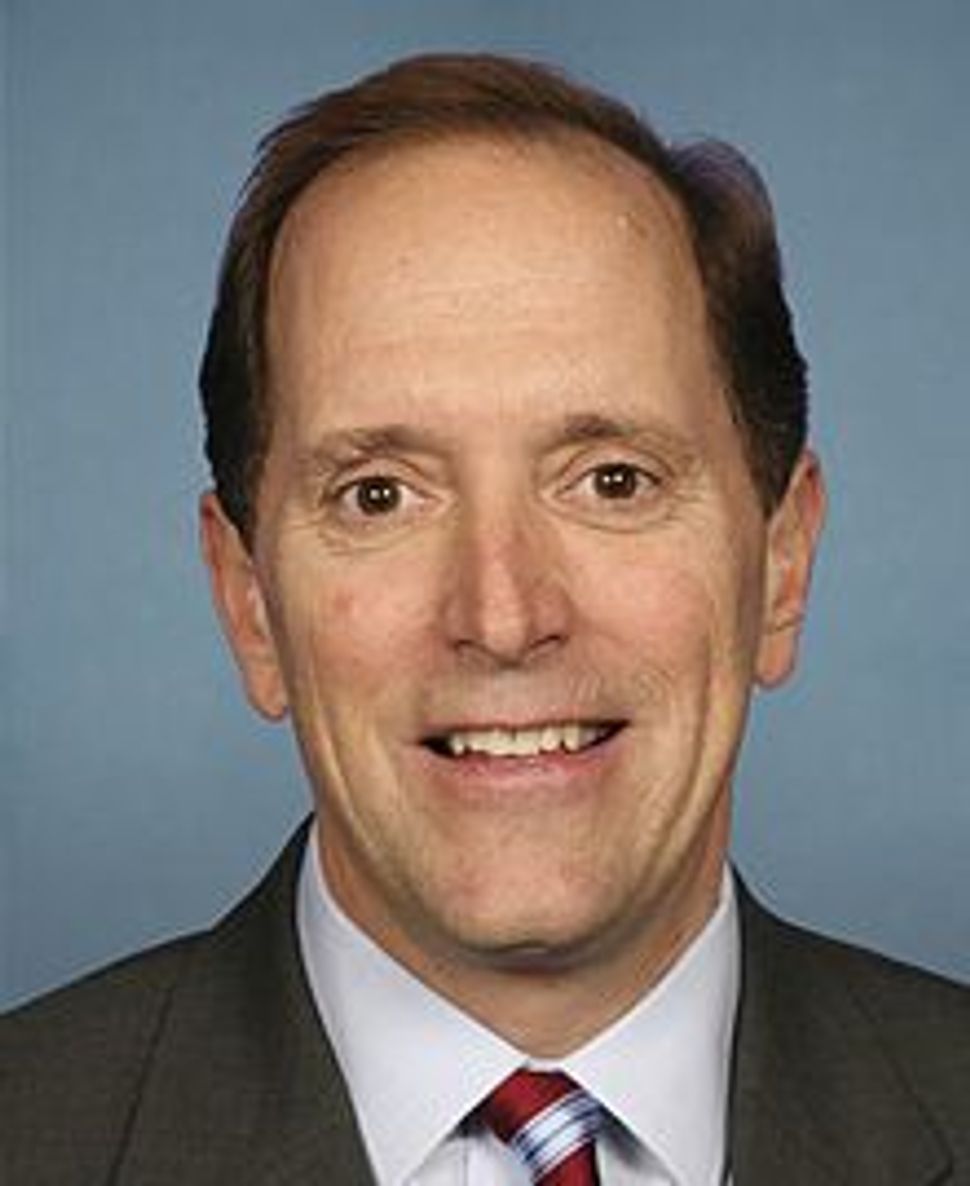 Never before has so much public pressure been brought to bear on an American man for refusing to grant his wife a Jewish divorce, or get. There have been public demonstrations against Aharon Friedman, and articles in prominent publications, public calls by one of the nation’s leading Orthodox rabbis, and lots of back-channel efforts as well. One of the country’s prominent Orthodox religious courts has decreed Friedman in contempt of court. Yet none of it has worked. Now those who want to persuade Friedman to free his ex-wife from the bonds of a dead marriage are turning to his employer, who is one of the most powerful members of Congress.

“A social-media campaign is being waged to pressure Rep. Dave Camp to encourage a top staffer to grant his wife a Jewish divorce, and the lawmaker restricted public posts on his Facebook page after a flood of comments about the issue,” according to this article on the inside-the-beltway website Politico.

Friedman and Tamar Epstein were divorced in civil court in 2010, after separating in 2008, shortly before their second wedding anniversary and when their daughter was an infant. Friedman works as tax counsel to Camp, a Michigan Republican who chairs the House Ways and Means Committee.

But will it make a difference? A source close to Friedman said that Camp continues to regard the issue as “a personal matter” for his staff member.

According to an October article in a Midland, Michigan publication, Camp’s office dismissed the claims against Friedman. In that article, Camp said the Friedman issue “isn’t newsworthy, it is gossip.”

A call to Camp’s Washington office press representative was not returned. Friedman returned The Sisterhood’s call but would not speak on the record.

But after hearing how wronged Friedman feels, the new efforts seem unlikely to persuade him to give Epstein a get. After all, hell hath no fury like a man who feels almost powerless but holds the trump card.

One of Epstein’s advocates, however, sounds hopeful. “We’ve been generating most of the public pressure” on Friedman, said Rabbi Jeremy Stern, the executive director of ORA: The Organization for the Resolution of Agunot. “I can’t say for sure what impact anything will have, but it’s possible that it will have the right pressure on Aharon to finally give the get.”

Stern said ORA has been involved with Epstein’s case since 2010. The group, founded in 2002 by Yeshiva University students, has helped 170 agunot receive their Jewish divorces in its first decade. It is currently involved in another 70 cases, he said. “Most don’t get this far and aren’t this aggravated. The vast majority aren’t having protest rallies. If we’ve exhausted all attempts to resolve it amicably, what has the biggest effect in many of these cases is when we’re able to remove the support that the recalcitrant spouse relies.”

Friedman has been ostracized from nearly all parts of the Silver Spring, Md. Orthodox community, Stern said. ORA has tried to get Friedman’s relatives to agree to stop helping him ferry his 4-year-old daughter between her parents’ homes for her semi-monthly visitation with Friedman. But they have not agreed.

Epstein lives with their daughter in Philadelphia, and works as a nurse.

The power of a husband to wield unilateral power over his estranged wife by refusing to give her a get seems positively medieval. And even decidedly 21st century tactics are often not enough to obtain her freedom.

In 2010 the longest-lasting case of an agunah was finally resolved, when the woman was 73 years old and had been estranged from her husband for 48 years. What finally set her free? Her husband died.