Why We Pay More for Deodorant 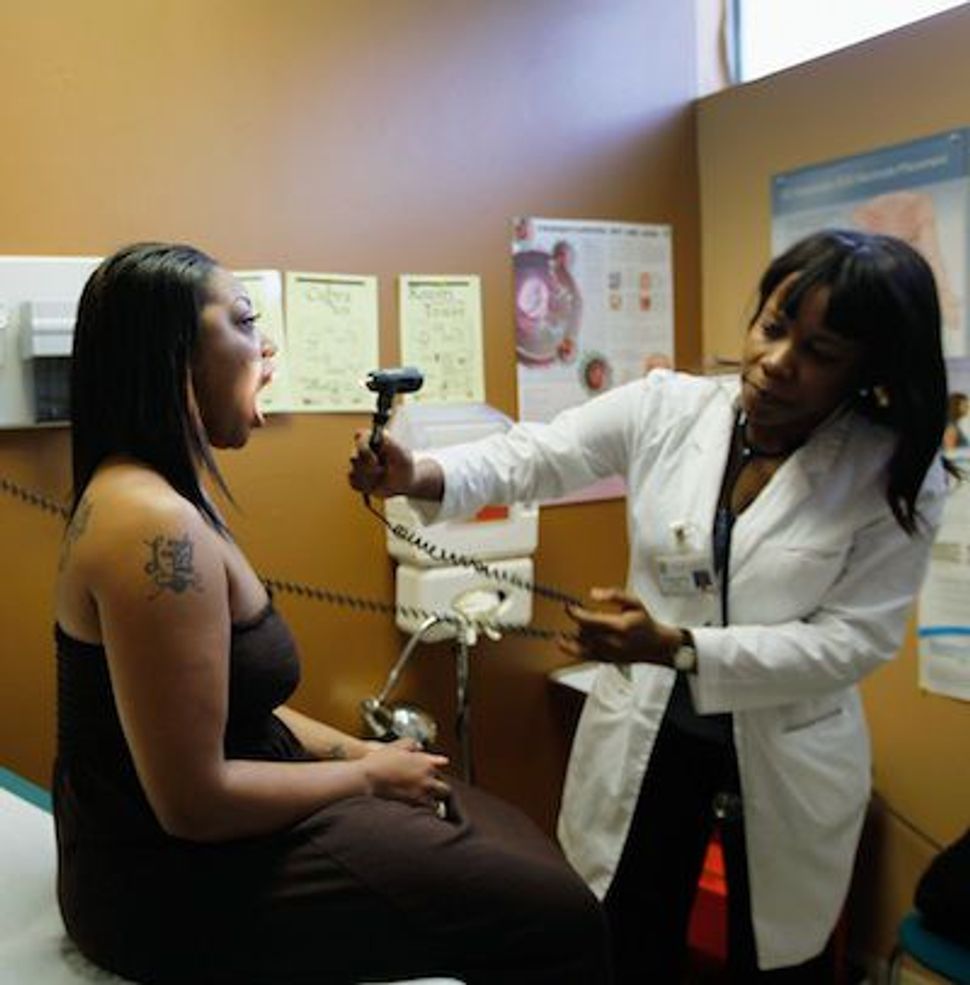 Women pay more for health care, and just about everything else. Image by Getty Images

The debate over birth control has made many of us think about how much money we as women spend on our reproductive health care — between birth control pill co-pays, visits to the gynecologist, cancer screenings, and all the necessary pre-natal care. Because of issues attendant with our fertility and reproduction, insurance companies have regularly charged women more — a practice that’s supposed to end under the Obama administration’s Affordable Care Act (but won’t, if it gets repealed).

Bryce Covert has been blogging about women and economics over at the Nation, and she breaks down the numbers here:

She writes: “A new report out this week from the National Women’s Law Center found that insurance companies have been charging women $1 billion more than men for the same coverage. In fact, in the states that haven’t banned the practice of jacking up prices for women — known as gender rating — women were charged more for 92 percent of the best-selling health plans. The difference can’t be explained by a higher cost of maternity care:…Why might insurers decide women are more expensive? Because they tend to use more services — like going to the doctor more often for regular check ups.”

As Covert notes, the disparities in how much we pay go far beyond health care, and are compounded by a still-significant pay gap.

Consider the drugstore, says author Lea Goldman: “…bathroom staples like shampoo, soap, and razors marketed to women (invariably packaged in pretty pastels) routinely cost more than near-identical products for men. A recent study by researchers at the University of Central Florida examined some 200 sticks of deodorant sold at major drugstore chains and found that sticks for women cost, on average, 30 cents more per ounce than those for men, even when the only discernible difference was scent. ‘These companies have us convinced that men and women are so biologically different that we need completely different products, as though we are a different species,’ says study coauthor Megan Duesterhaus.”

The Marie Claire story doesn’t just stay in the drugstore, pointing out that the problem persists at car dealerships and with mortgages. Discrimination is built into many salespeople’s plans, Goldman says: They count on women paying more. She indicates that this may be partly due to women being less aggressive about shopping around for the lowest price than their more savvy male counterparts because “negotiating is anathema” to many.

This made me think about my twin brother, who is thorough and methodical in finding bargains and will pass something up if he doesn’t think it’s a good enough deal. I on the other hand am always willing to pay a little extra in order to get whatever the project of the moment is finished so I don’t have to do it again.

But then I thought further and decided that I know many, many women who drive a hard bargain and men who hate negotiating too — in fact, my brother is more like my mom while I take after my dad. So while part of this discrepancy may be a difference in socialized behavior that we can and should change in ourselves, a hefty part of it — like the case of women being sold more subprime mortgages — obviously has to be plain old discrimination, women with a lot on their plates being taken advantage of and blatantly targeted.

And part of it is gendered expectations: Women will pay more for razors and deodorant and dry cleaning, to use Goldman’s examples, because a sexist world means it’s more important for us to seem clean-cut. We have to groom ourselves a lot more to be socially acceptable in many industries and social spheres.

Women are expected to groom ourselves constantly, to manage our sexual health and reproduction offstage, and to never get mad. All these circumstances are even worse for women of color and women from economically disadvantaged backgrounds.  The double-standard reaches right into our wallets.

Why We Pay More for Deodorant