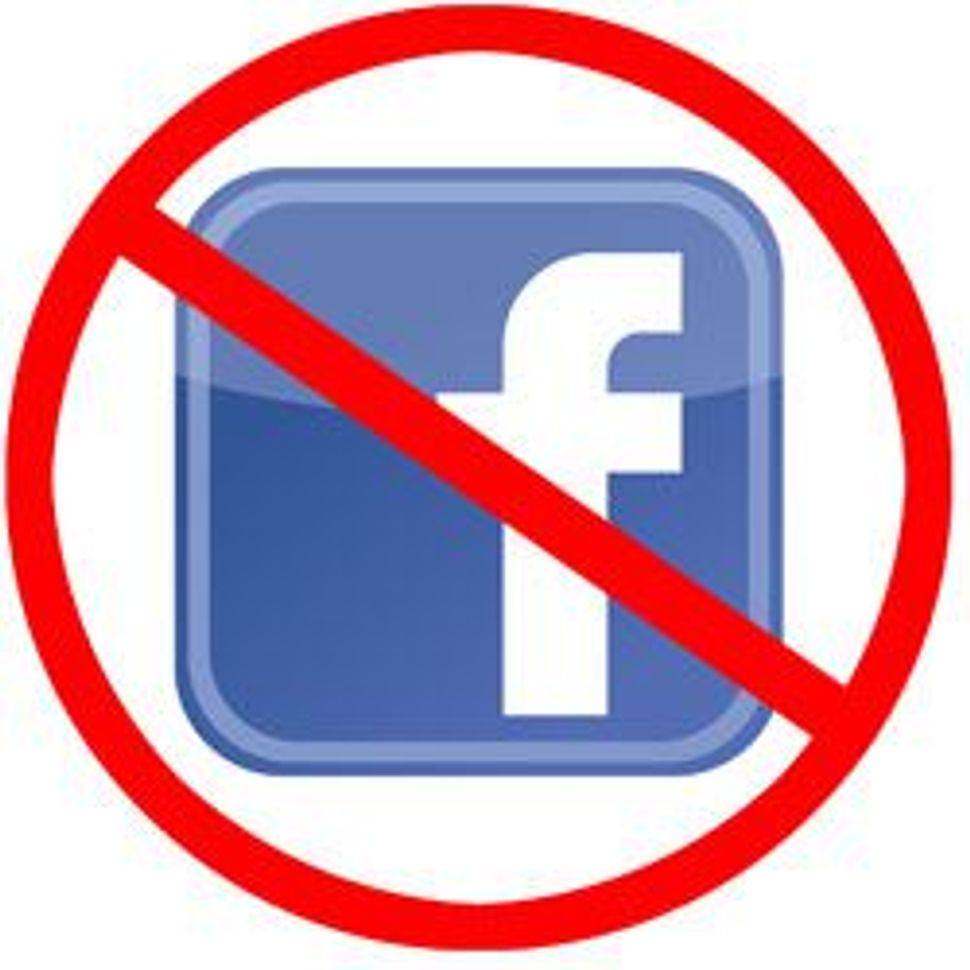 Facebook is forbidden among Chabad teenage girls, as The Sisterhood told you — and as the Forward reports here. This reflects a blatant double standard, the report points out, because the movement has widely embraced technology to spread its message, but refuses to allow its own youth to use these tools.

But Chabad’s double standard in its relationship to secular society is only one part of the problem. It seems to me that the story of girls being forbidden from using Facebook and other internet tools is less about Chabad’s missionary stance and more about their view of women and girls. After all, it is only girls whose school is handing out $100 fines and having mothers’ monitor their computer use.

Moreover, the practice of banning girls from the computer largely revolves around one concept: modesty. The Facebook ban is just the latest in a long string of insidious practices in the Orthodox community — not just Chabad, to be sure — aimed at restricting women’s and girls’ freedom. These practices are promoted under the term tzniut, or “modesty,” but really are nothing more than classic misogyny.

“Modesty” has begun to supersede kashrut as the identifying mark of Orthodoxy. A group of rabbis recently announced that kashruth certificates for summer hotels should include the extent of a resort’s “modesty” — that is, how women are dressed around the hotel. “The Gedolei Yisrael feel that regarding mehadrin kashrus certification for hotels, the issues of kashrus and tznius mustn’t be addressed separately….Mehadrin kashrus for hotels and resorts ….must include tznius standards to prevent stumbling blocks for frum [observant] visitors.”

Yet none of this has anything to do with “modesty,” or even about Jewish law. Forbiding women’s use of cellphones or girls’ use of Facebook is not about religiousness or Torah. These are rules made by men who believe that women’s silence and invisibility will make their lives somehow easier or better.

It is worth remembering what “modesty” actually is. The Talmudic interpretation of Bilaam’s unwitting blessing of the Israelites in the desert with the famous passage, “How fair are your tents O Jacob, your dwellings, O Israel,” argues that this verse is a tribute to the “modesty” of the Israelites, who positioned their tents with the doors facing away from each other, allowing each family their privacy. “R. Johanan said: This verse….indicates that [Bilaam] saw that the doors of their tents did not exactly face one another, whereupon he exclaimed: Worthy are these that the Divine presence should rest upon them!” It’s an injunction to control your own behavior, not to watch how the other is dressed.

True “modesty,” considered an expression of the Divine presence, is about relationship with the other — as in taking care not to impose one’s gaze on another Jew through his or her private window or door. It is about humility, such as that credited to Moses, a type of submissiveness in which one rejects an artificial sense of self-importance and fully accepts the notion that all people are equal creatures of God.

Yet, the concept of “modesty” as it is often promulgated has lost its essential meaning and been crudely manipulated and misused. What once referred to a spiritual demeanor, an internal, personal quest for growth, a framework for building kind and compassionate relationships among people has evolved into something else entirely. Today, when rabbis talk about tzniut, there is only one issue they have in mind: women’s bodies. And that is just not Torah.