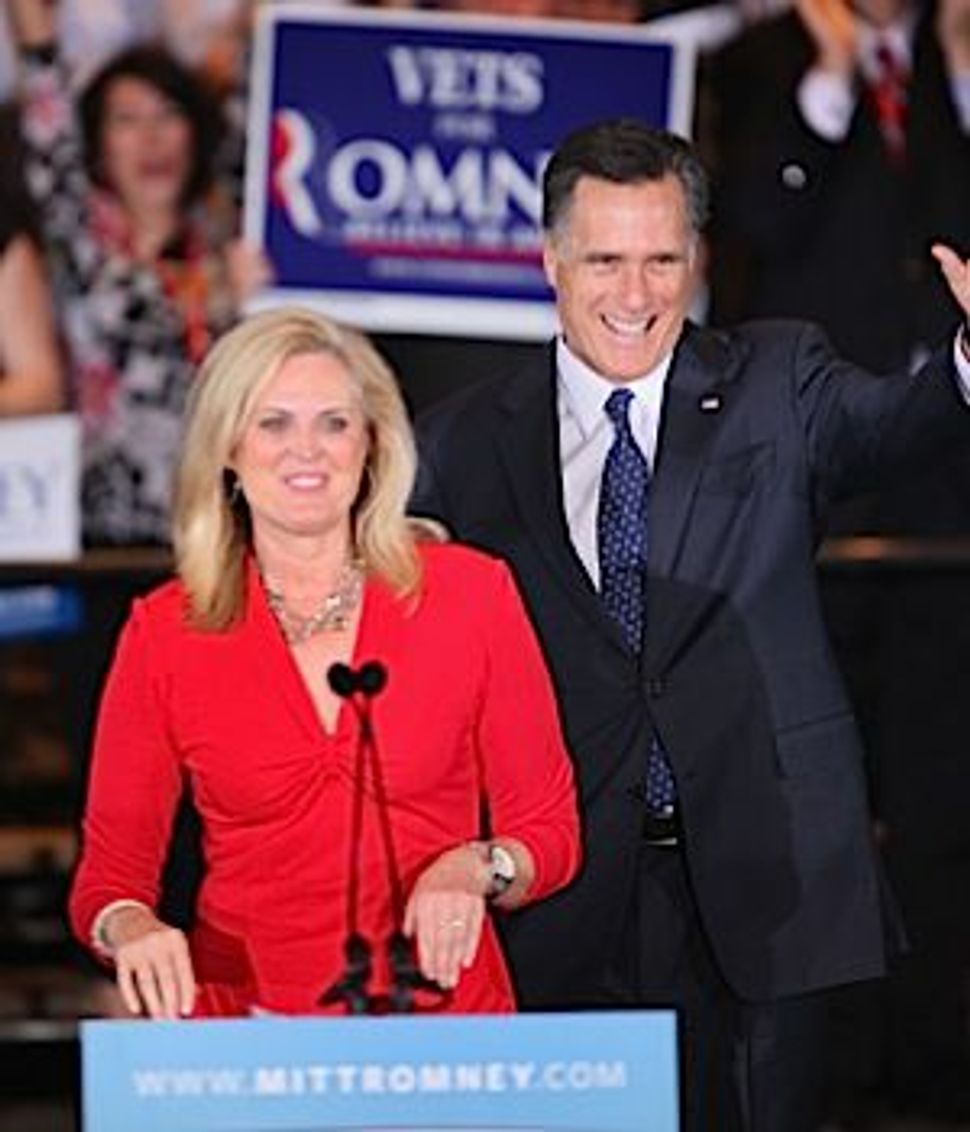 Then Ann Romney opened up a Twitter account just so she could defend herself, explaining that raising five boys was hard work. Others took up Romney’s cause, insisting that Rosen was dismissing child-rearing as not “real work.”

Rosen then published a defense in the Huffington Post in which she explained that, as a mother of two, she was by no means trying to undermine the hard work that child-rearing entails or pass judgment on what kind of work is the most real. She was simply trying to point out that Ann Romney, as a woman who has never experienced any financial pressure to both raise kids and earn an income, isn’t the best advisor when it comes to figuring out how economic policy impacts women.

As Ruth Marcus noted in her column yesterday in The Washington Post, Romney, when asked last week about the gender gap, twice said he wished his wife could take the question.

“My wife has the occasion, as you know, to campaign on her own and also with me,” Romney told newspaper editors, “and she reports to me regularly that the issue women care about most is the economy.”

So it begs the question, is Ann Romney Mitt’s touchstone for women who are struggling economically or not? Nothing in Ann Romney’s history as we have heard it – hardworking mom she may have been – leads me to believe that Mitt has chosen the right expert to get feedback on this problem he professes to be so concerned about.

As I see it, the real crime here is that he felt the need to ask his not-professional-politician wife to speak on behalf of women. Does anybody remember the last time someone asked a guy to speak for “men”? Does Hillary Clinton defer to Bill when she needs to answer a question relating to “men”?

I appreciate his desire to include his wife’s voice and perspective, but the mere ownership of lady-parts doesn’t automatically qualify her to be an expert on women’s financial experience. It doesn’t even mean that she automatically has women’s best interest in mind (ahem, Sarah Palin). It’s curious that Mitt Romney, who touts his experience in the financial sector as a qualification for the presidency, seems comfortable to speak only about men’s financial experience.

I would have thought he must have learned something useful about women’s financial struggles while working in private equity and serving Massachusetts as governor. Apparently not. When it comes to financial struggles for both sexes, shouldn’t Mitt be capable of speaking on the topic on his own?