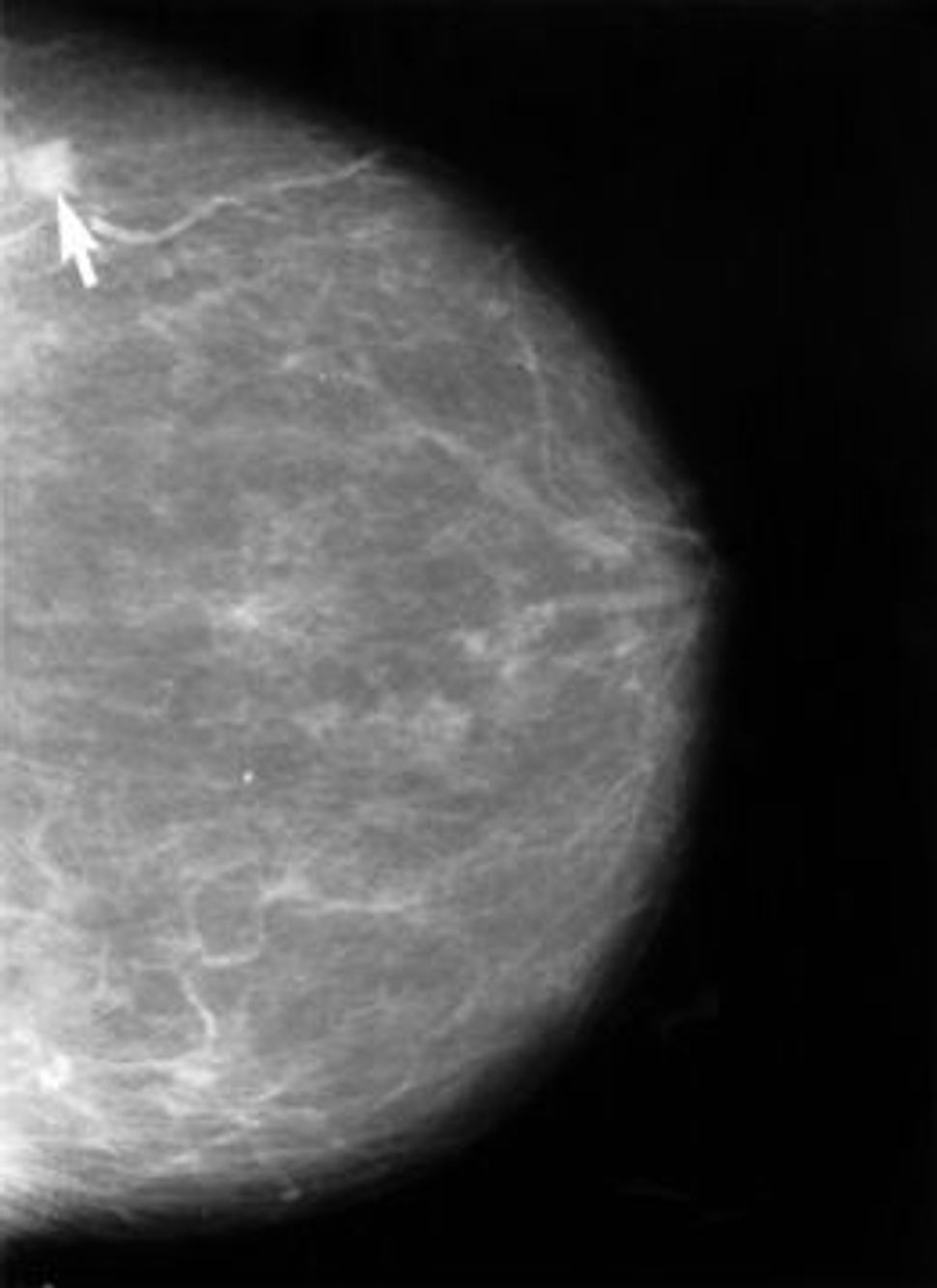 A form of breast cancer depicted on a mammogram. Image by Wikimedia Commons

A look back at breast cancer news from the past year reveals that a lot of what we thought we knew about the disease and the advocacy work surrounding it has been wrong.

First an ASME-nominted story by Lea Goldman in Marie Claire pointed out that, despite the roughly $6 billion raised annually for breast cancer research through pink cashmere sweater sets and 5k walks, there has been essentially no progress made.

Goldman writes: “Yet what many in the breast cancer community are loathe to admit, despite all these lifesaving developments, is that, in fact, we are really no closer to a cure today than we were two decades ago. In 1991, 119 women in the U.S. died of breast cancer every day. Today, that figure is 110 — a victory no one is bragging about. Breast cancer remains the leading cancer killer among women ages 20 to 59; more than 1.4 million new cases are diagnosed annually worldwide. Roughly 5 percent, or 70,000, breast cancer patients are diagnosed at a late stage, after the cancer has metastasized — that rate hasn’t budged since 1975, despite all the medical advances and awareness campaigns.”

Then there was the Susan G. Komen kerfuffle. The prominent breast cancer research and advocacy organization committed reputational suicide when it announced this past January that it was cutting off funding to Planned Parenthood. Komen, after an explosive social media-fueled backlash, ended up reversing course four days later, but the damage was done. Many previous supporters can’t move past the foundation’s politicization of breast cancer.

And now we have the latest news in the category of “you thought you knew breast cancer but…” This time, though, there is a little hope.

As the BBC reports, a group of scientists have found that there is no one breast cancer. Instead, there are actually 10 separate diseases that have nothing in common, except for the fact that they affect breast tissue. Experts are saying that the classification into these 10 subgroups will radically change how the disease, to which there is a Jewish genetic predisposition, is treated.

Doctors looked at breast cancers in 2,000 women. They focused specifically on genetic mutations in the cancer cells and used these findings to create the 10 classifications. “Our results will pave the way for doctors in the future to diagnose the type of breast cancer a woman has, the types of drugs that will work and those that won’t, in a much more precise way than is currently possible,” the study’s lead researcher, Carlos Caldas, told the BBC.

Researchers say it will be 3-5 years before they can show that these 10 sub-classifications will benefit the way doctors treat the disease. Right now specialized treatment is only available for one of these classifications.

The study upends the notion that cancers can be classified according to where they appear in the body — i.e. colon, liver, skin, lung, etc. Doctors say that this finding in breast cancer will likely lead to similar findings in other cancers, and to better treatment for all variations of the illness.