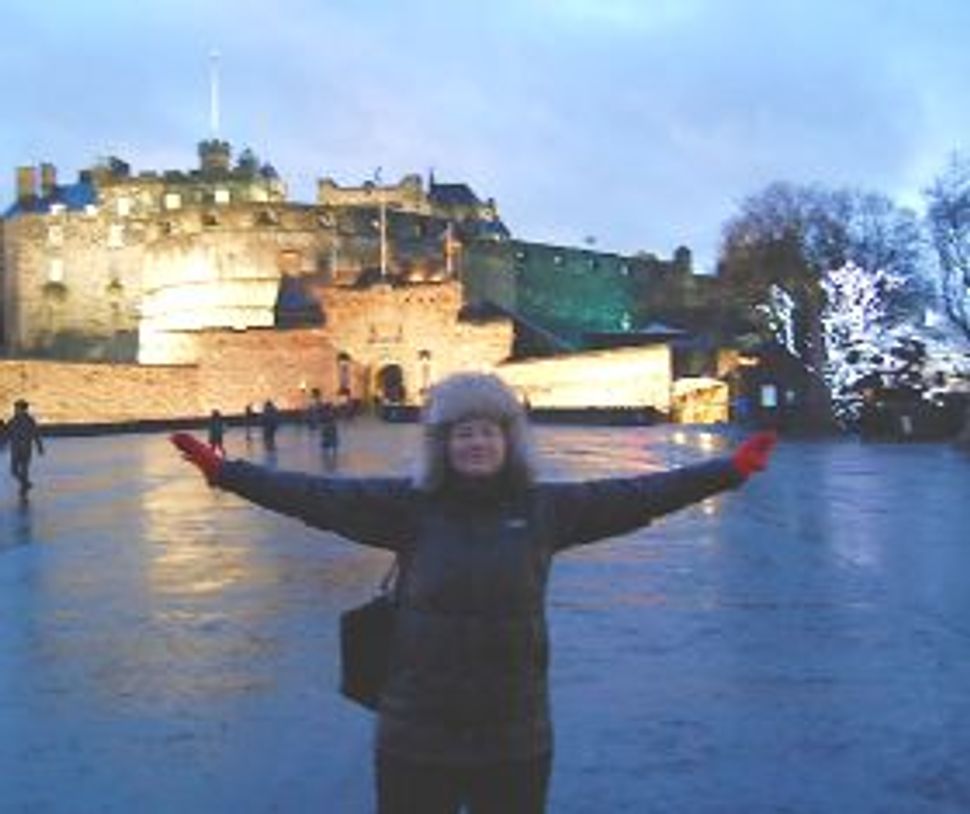 Up to this point, I’d followed the Russian Jewish life plan exactly and without deviation: studied hard in school, studied harder in college, picked a major that would result in a job where I didn’t have to make lattes, got married early and bought a house. But last winter, I reached my limit. I realized that if I continued to follow everything that was mandated of me by the norms of our immigrant culture, I would die inside as a non-Russian, non-Jewish individual. I was more American than I thought. I, like Belle from Beauty and the Beast, wanted more out of life. It really says something about how at the end of the rope you are when you’re legitimately quoting Disney characters.

So, the logical answer was, of course, to go to Europe. Russians have been escaping to Western Europe for hundreds of years. Just ask Lenin. Or Roman Abramovich. But instead of luxuriously lounging around in Bern or London, my husband and I went to Scotland. Why? Logistically, it was close enough for a quick winter trip. I also knew nothing about Scotland, so it was the anti-Russian antidote.

Although we succeeded in getting away from everything on our trip, we couldn’t get away from ourselves. Damp, cold and miserable in the winter, Scotland lovingly reminded us of Russia. The more history we learned, the more we connected Scotland’s quest for independence to Israel. And the more Scottish food we ate, the more we were convinced that maybe gefilte fish wasn’t the worst of humanity’s offerings. By the time we got back, I realized that I loved Scotland, not only because it gave me the chance to be myself, but also because it reminded me a lot of my roots. The more I thought about it, the more Russian-Jewish connections I found.

After a month of being back in suburb-gatory, I started to write. I wrote everything I knew about Scottish history, then did deep research into the Scottish-Russian connection. I wrote about the funny experiences we had during our trip, and about how beautiful the country was. I wrote in the moments I could snatch away from a heavy work schedule, my MBA classes and family obligations. I wrote draft after draft for my husband to proofread, driven only by strong British tea and a mad need to put down into words what I’d felt, but couldn’t explain to anyone who asked, “Why Scotland? That’s so random.”

When I was done, I had produced an e-book, about Mikhail Lermontov and Samuil Marshak, about Edinburgh and rain, and about why Russian men wear tracksuits. It’s about the ridiculous demands that immigrant culture has on us sometimes, and about independence, both Scotland’s and mine. I am extremely proud of it, but am terrified of having people read it. I’ll be in Switzerland until this whole thing blows over.