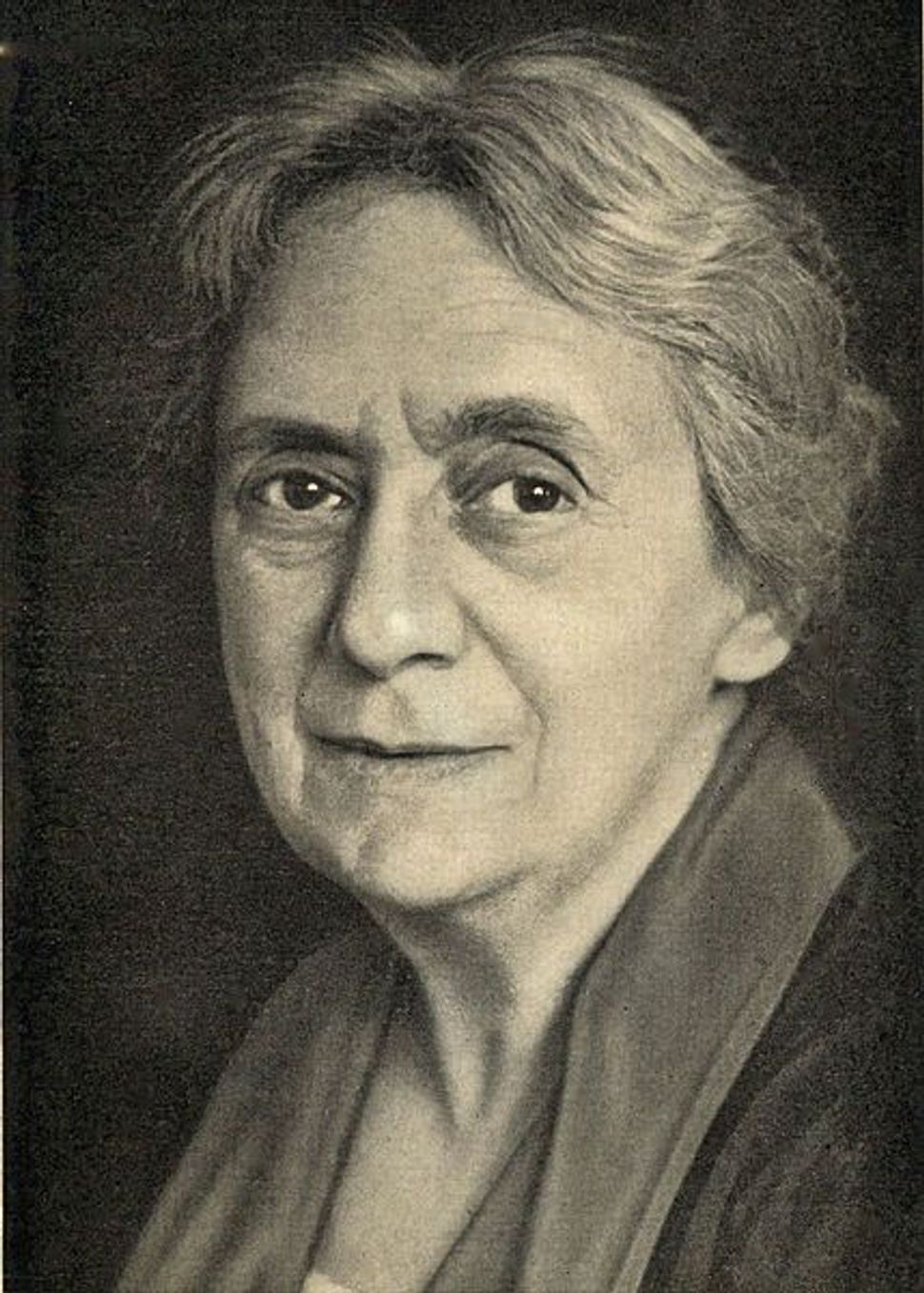 It’s Mother’s Day, and the way this secular holiday is celebrated in the Jewish media reveals a range of beliefs and attitudes towards Jewish motherhood and the role of women in the Jewish world.

On one end of the spectrum, Mother’s Day is an opportunity to recognize Jewish mothers as unsung heroes of the domestic sphere — as the cherished, revered, spiritual and moral compass of their nuclear families. This is exemplified in a new commercial for Wissotsky Tea called “Tribute to the Jewish Mother,” shared with us via Twitter.

Obviously, this video by Shmuel Hoffman was intended for an Orthodox audience. It was commissioned by the Ptex Group, Wissotzky’s ad agency in Brooklyn. While it recognizes the dedication and hard work of religious Jewish homemakers, which should be recognized and valued, it is limited by its reductive definition of Jewish motherhood. The whole story of Jewish motherhood is so much broader than that.

Jewish mothers are both religious and secular, traditional and non-traditional, and the diversity of their experiences should be both acknowledged and honored. This was our goal in contributing to Uriel Heilman’s “Salute to 12 Jewish moms for Mother’s Day 2012” on JTA.

For example, this list recognized Bella Abzug, mother of two who was the first woman elected to Congress and a staunch women’s rights supporter, [Bessie Hillman,][3] who did not let the label of “mother” stop her from becoming a well-known sex therapist.

We could also add to the list women like Betty Friedan, who many consider the “mother” of American feminism —a distinction she earned after her groundbreaking 1963 book, “The Feminist Mystique” shook up the status quo—who was a mother of three who went on to co-found the National Organization for Women (NOW) and fight for equal rights.

We could also add Blu Greenberg, who raised five children and founded the Jewish Orthodox Feminist Alliance (JOFA), becoming the “mother” of Orthodox feminism. Beverly Sills is another Jewish mother worthy of recognition. Credited with bringing opera into the lives of a new generation of Americans who couldn’t distinguish an aria from a coloratura, she also faced her challenges as a mother, with a daughter who is deaf and a son with cognitive disabilities. And how could we omit Joan Rivers, the acid-tongued comedian currently starring on the mother-daughter reality show “Joan & Melissa: Joan Knows Best”?

This year, Mother’s Day hits us in the midst of important conversations about what it means to be a woman without children. Katie Rophie’s latest piece on Slate asked if childlessness is still taboo, sparking heated discussion about the the right to be “childfree” and the stigma women who are childless by choice—or otherwise—still face. For example, read Chanel Dubofsky’s response on the Sisterhood and Adaya Adler’s response on Role/Reboot.

This discussion challenges us to expand our definitions of motherhood to include women who do not have children. Women like Henrietta Szold, who rescued thousands of children from German and other Nazi-infested European lands, sending them under the banner of Youth Aliyah to a new life in Palestine and earning the gratitude and love of an entire generation. How about Debbie Friedman, who for the last quarter century has been the “mother” of contemporary Jewish music? JWA’s own Ellen K. Rothman does not have children but is easily the mother of our office, always sure to ask about our lives outside of work (and each winter reminding me to get my flu shot already!). As we can see, one does not need to have children of their own to be the mother of an organization, a community, a movement, or a people.

So this Mother’s Day, let us move towards a more inclusive celebration of Jewish motherhood — honoring Jewish women with or without children for their work and dedication balancing various modes of caregiving with a broad range of commitments and achievements that take place inside and outside the home.

Leah Berkenwald is the online communications specialist at the Jewish Women’s Archive, and a contributor to its Jewesses With Attitude blog, which cross-posts regularly with the Sisterhood. Deborah Fineblum Raub, consulting communications manager at JWA contributed to this post.

[3]: http://jwa.org/blog/10-things-you-should-know-about-bessie-abramowitz-hillman another mother of two and Chicago union organizer who became known as the “Mother of American Labor,” and [Dr. Ruth Westheimer,](http://jwa.org/encyclopedia/article/westheimer-ruth