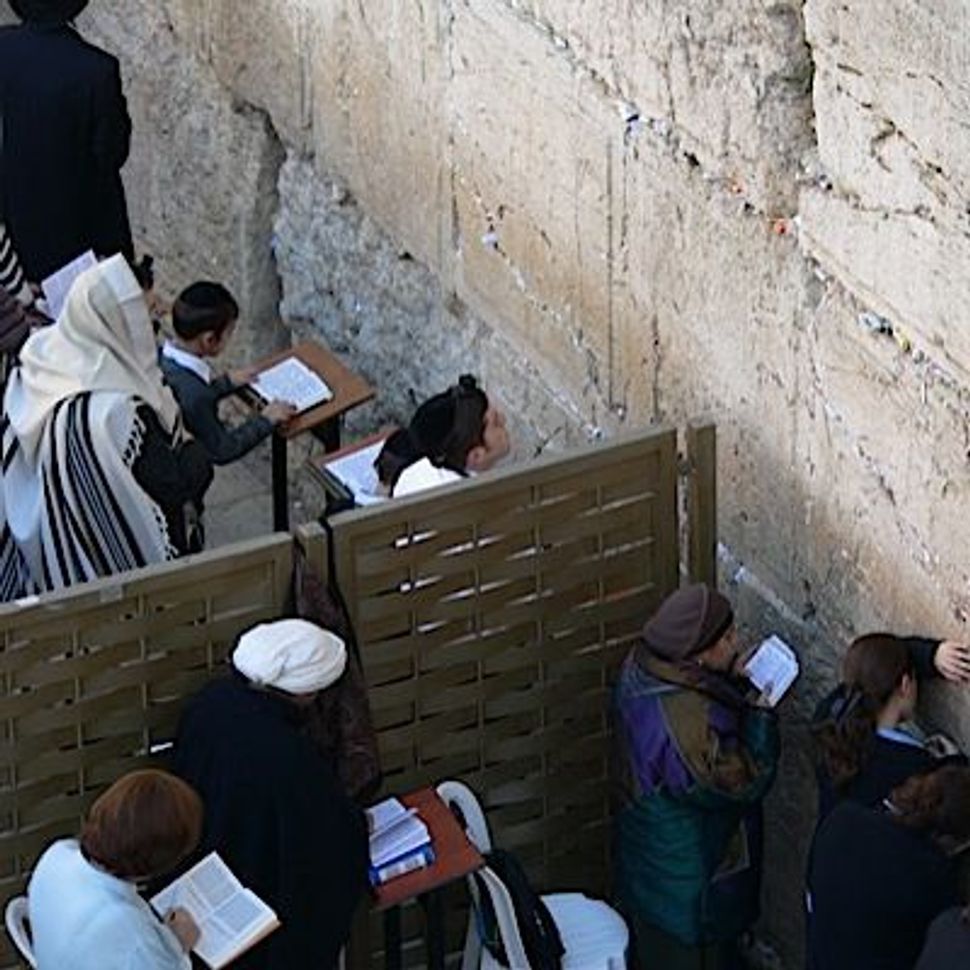 Ah, the holy tears of Jewish women who weep while praying at the Western Wall in Jerusalem. Not holy, says the holy site’s chief rabbi. Instead, says Rabbi Shmuel Rabinovitch, women’s tears are responsible for the high level of fecal contamination found in the prayer books at the Wall, or kotel, even those that are found on the men’s side of the high mechitzah.

If anyone had any doubt that the man in charge of Judaism’s holiest site — Rabinovitch not only enforces the regulation banning women from praying together with a sefer Torah in the women’s section, but also seeks to segregate men and women throughout the entire large plaza that forms the approach to the kotel — should not be in his important post, then this assertion should make that perfectly clear. His statement underscores just how backwards attitudes toward women have become in the fervently Orthodox community. It also makes clear that it isn’t the women’s tears that are full of feces.