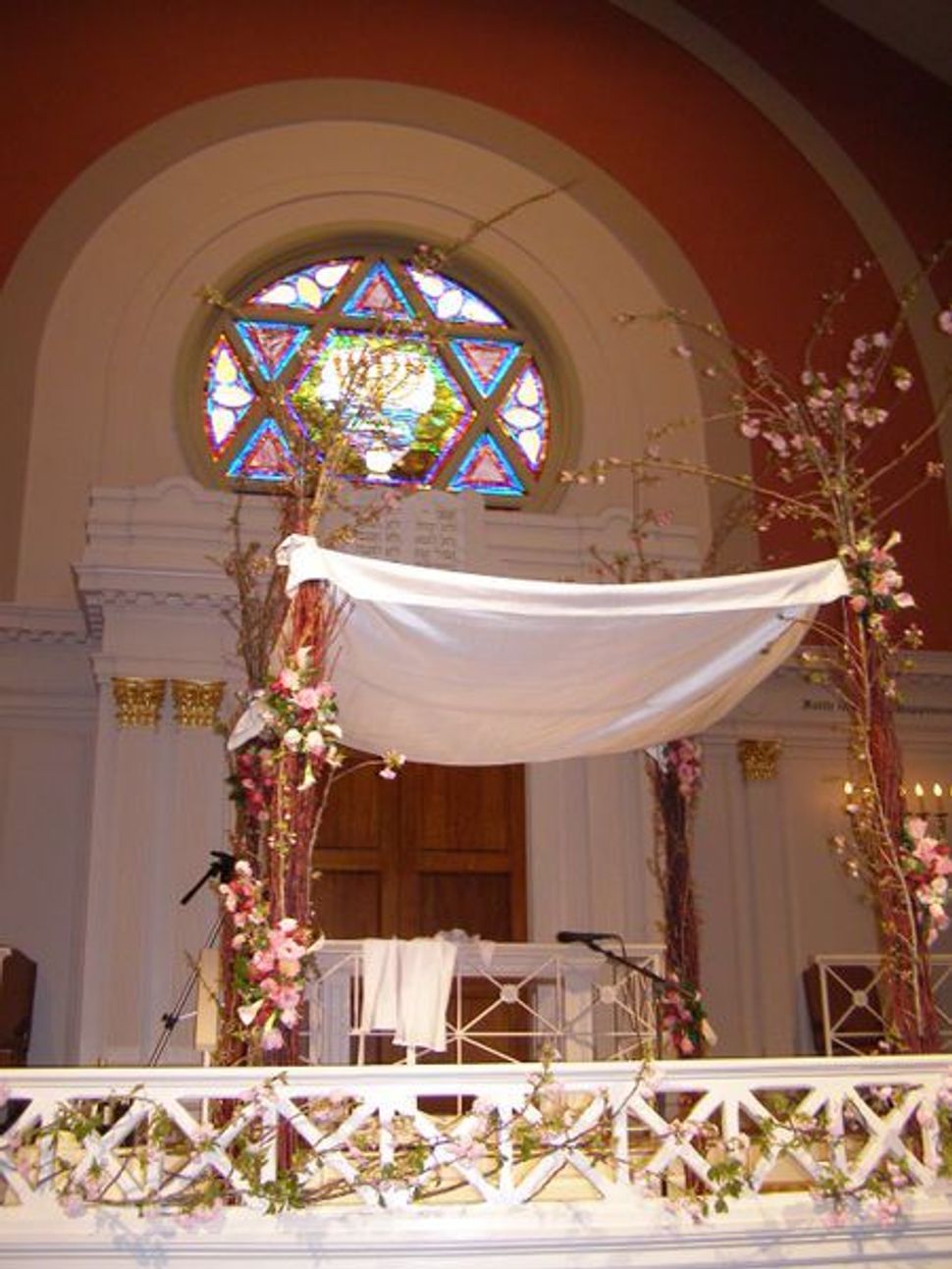 M. is someone I once loved hysterically, and now more rationally. We’ve been friends for 14 years and at one point, we used to make out in cars. It took me a while to process the dictate that says men and women can’t be friends, that they are only capable of relating to one another sexually. A month ago, M. married a sassy, fiercely smart feminist, in a thoughtful, conscientious ceremony, during which I cried. (A little.)

It is hard for me to go to weddings, and not just when they involve people I used to make out with. It’s because I find myself analyzing every wedding, and every relationship between married people (read: women) that I come into contact with, and asking the question “Why?” Why get married? The older I get, the more women I see turning their romantic relationships into a marriage, as though it were an inevitability, mandatory, as if there were no other way to have a relationship without a wedding, a certificate, or a ring. What did marriage mean to married women? Why did they think it was so important? What did women think it was going to be? What was it actually?

The Marriage Project is my search for these answers. I started in August 2011, emailing all the heterosexual women I knew who were married to heterosexual men. I asked them seven questions: Why did you decide to get married? What did you think marriage would be like? Where do you think you got your ideas/concept/narrative about marriage? How do you feel about the word “wife”? Why did you make the decision you made about your name? Do you think your relationship with your partner has changed since you got married? What have you learned about yourself since you’ve been married? (You can email me if you want to take a stab at these questions.)

It became clear pretty quickly that women really wanted to talk about marriage and being married. I offered total anonymity to everyone who responded, with the hope that it would create a space in which honesty was not only possible but probable. I also decided that I’d take this opportunity to talk to women who, like me, were not interested in getting or being married, thus embarking on a search for community.

What have I learned so far?

• The bulk, not surprisingly, of the interviews I’ve done have been with straight, married women. Several of these women have told me that they’ve never been asked the questions I’ve asked them before, or had the opportunity to think about them.

• Many women have said that a challenge of being married is learning to accept the idea of trusting someone completely, often in spite of expectations.

• Women who had been with their partners for a long time reported that their engagement and marriage “legitimized” their relationship in the eyes of their friends and family.

• Women who identified openly as feminist reported that in spite of their and their partner’s commitment to an egalitarian and feminist marriage, the cloying nature of traditional gender roles nevertheless crept in — especially when kids entered the picture.

• Some women who spoke about not wanting to get married felt that they didn’t feel that people believed them when they stated their beliefs and intentions — that people saw their choice as unnatural, and possibly the result of trauma.

The project is 52 interviews old right now, and in addition to the aforementioned populations, I’m in conversation with women who are engaged, as well as women who identify as LGBTQ and married/engaged to other LGBTQ women, and also LGBTQ-indentified women who don’t want to get married. I’m committed to keeping the project focused on the female reality and perception of marriage, given the (shifting?) cultural notions about women and marriage.