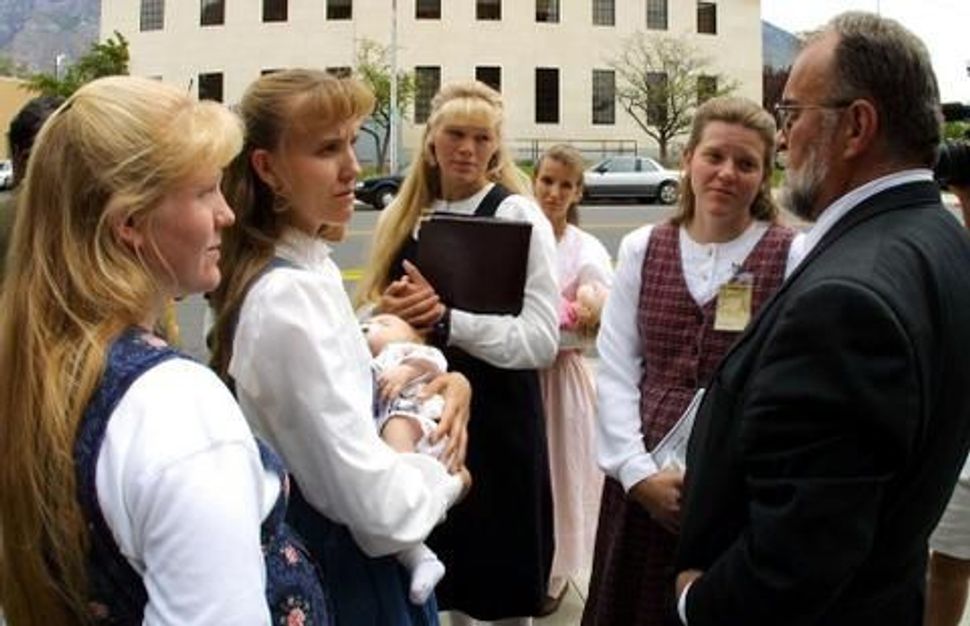 Mormon sister wives. Will we soon see families like this in the Orthodox community? Image by Getty Images 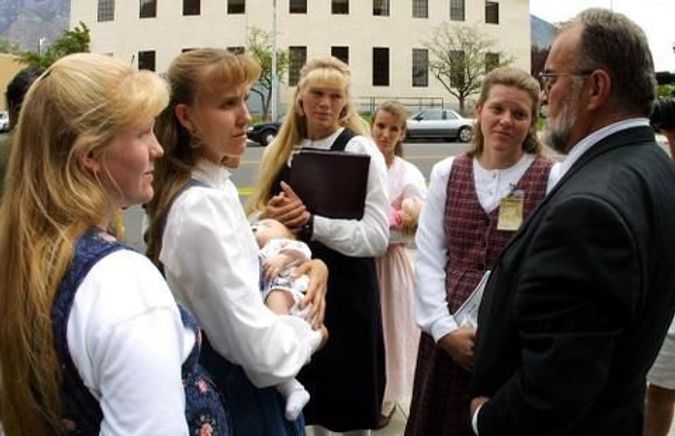 Mormon sister wives. Will we soon see families like this in the Orthodox community? Image by Getty Images

The chief judge of Jerusalem’s rabbinical court, Rabbi Eliyahu Abergel, recently ruled that a man may take a concubine if his wife is unable or unwilling to bear children, and unwilling to divorce him.

According to an article in Israeli newspaper Israel haYom, Abergel permitted the head of a major yeshiva to take a pilegesh, or concubine, when it became clear that his wife was unable to have children.

Abergel states that his ruling “will enable husbands to fulfill the commandment of procreation,” and that a concubine can live with the couple or separately.

A pilegesh is something less than a wife but more than a casual sex partner, more akin to a formal mistress than anything else. She is a woman who agrees to be in a monogamous relationship with an already-married man (who is obviously also free to have sex with his wife) without the protection of — or constraints of — a ketubah, or marriage contract. When the relationship ends, she doesn’t receive any divorce settlement (as she would with a ketubah) but neither is she bound by a man’s refusal to give her a get.

Abergel’s ruling isn’t the first time, even in recent memory, that the idea has been raised in Israel and the U.S.

There was a bit of a dust-up back in 1995 and again in 1996, when the “Shalom Bayis organization” who got a lot of press for encouraging men and women to consider a pilegesh relationship.

More attention was paid in 2006, when a blog promoting the idea was born. More recently, in Israel last year there was another effort to promote bigamy.

In light of Abergel’s recent ruling, I thought I’d ask around to see if pilgeshut is thriving today or is more of a fringe occurrence. The answer, at least according to a man who corresponded with me only as “Rabbi Tsvi,” and also uses the Twitter handle “Emes L’Yaakov” (Or “the truth to Jacob,” probably a reference to Rabbi Yaakov Emden, the 18th century German Talmudist who sanctioned the practice), is somewhere in between. “It is growing, but I doubt if it is very widespread. Almost all of the people involved would be keeping it very low key,” he wrote in an interview by email.

Rabbi Tsvi, who declined to give his last name, writing, “things are a little bit sensitive for naming names,” said that he is 60 years old, was ordained by Yeshiva University and is certified to arrange Jewish divorces and oversee ritual slaughter. His partner in a pilegesh blog, Chabad messianist Rabbi Ariel Sokolovsky, said that Rabbi Tsvi is a rabbinical court judge in Jerusalem.

Over the past 16 years, “I have counseled a number of men (and a very few women) who were interested” in pilgeshut, he wrote. “I tell them that one of the most important points in having a second wife or pilegesh is to keep the first wife. Otherwise, you have merely changed your partner.”

“I know of cases of two wives living together with the same husband, a case of a man who had a pilegesh with the full knowledge and consent of his wife, subsequently he divorced the wife but is still with the pilegesh. I know someone who wanted to marry a second wife. When he told his wife, she flipped out and demanded a divorce. While divorce proceedings were pending, he entered into a pilegesh relationship with the other woman. I know of three cases of men who married a second wife while still married, but who were separated from the first wife. One was a case of adultery, one a case of insanity, and I don’t know the reason for the third case,” he wrote.

Rabbi Tsvi authored this sample pilegesh agreement. It requires the concubine to go to the mikvah each month, affirms the mutual consent of both parties, states that any children borne of the relationship will be legitimate and have the same rights of inheritance as any other of the man’s children, and says that no Jewish divorce is required to end the relationship.

He doesn’t have a pilegesh himself because, “My wife does not agree to it, and even if occasionally she may give lip-service consent, I know that she does not consent in her heart, and it would either drive her away, or drive her into depression.” Rabbi Chaim Miller, author of contemporary Chabad adaptations of classical Jewish texts, spoke in June at a popular Crown Heights synagogue on “May a man take a concubine in the current era?”

The answer, in short, is no, he told The Sisterhood. “There are often people who try to go back in the text and find things that were never practiced. I highly doubt it will become adopted in the mainstream Jewish world. It’s abhorrent to our values, and unfair to a woman for a man to take another woman,” he said.

Given his apparent insensitivity to women, “one can only imagine how he deals with the women who litigate in his court,” Haut said.

But, she said, the issue of pilgeshut is “most complex,” and is taken seriously, at least in theory, by some advocates for agunot. Pilgeshot “have the ‘advantage’ of not being halakhic wives, ergo they can exit a marriage without a get,” she said. “Of course, they also lack security and the financial advantage of the ketubah. There are those today who advocate this sort of status for all women,” Haut said. “I do not advocate this, but some agunah advocates do. It is an area fraught with complications, not simple or one sided at all.”