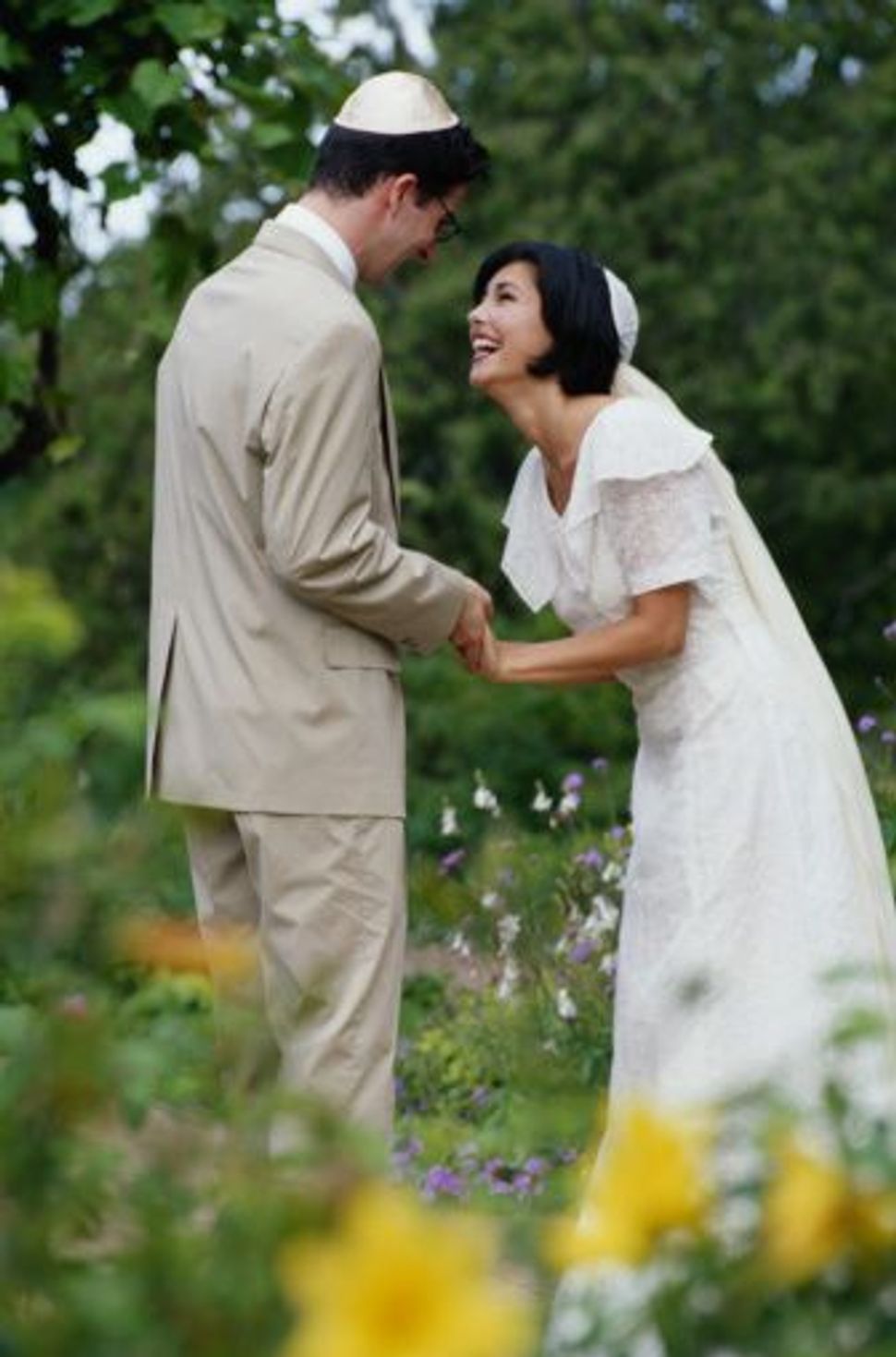 This post is the fourth in “Feminist, Orthodox and Engaged,” a series by Simi Lampert on love, sex and betrothal in the life of a Modern Orthodox woman.

In a world where getting married is an item on most girls’ to-do lists, being engaged feels a bit like showing off.

When my friend at Stern College for Women got engaged, she referred to her fiancé as her boyfriend. “He’s your fiancé now,” I corrected her. “I know,” she replied, “but it feels weird to say that. I don’t want to make people feel bad.” At the time, her answer made no sense to me; now that I’m engaged, I understand completely.

Saying “fiancé” is like bragging. Like being in middle school again and telling all of my friends I got an A+ on a test they’re still taking. It’s a weird feeling, and one that I’m not fully used to.

Of course, it’s possible that it’s all in my head. I haven’t actually received a negative reaction from anyone when I say I’m engaged. My friends — who have to hear me talk about it all the time — tend to be the ones to roll their eyes and moan about another one biting the dust. But for some reason, I still feel badly mentioning it to certain people, especially when they’re outside of the Orthodox, hyper-marriage-focused community. Whenever I pick up dinner and explain to the waiter that some of it is for my fiancé who’s waiting in the car (unless you’re a single female who has ordered large quantities of food before, you wouldn’t believe the looks you get when you do just that), the word sounds — and feels — awkward.

Part of the problem might be that I’m still waiting for someone to laugh and ask how old I am when I say that I’m engaged. Everyone tells me I’ll appreciate looking young when I’m 40, but for now it just makes me feel like a fraud in a world filled with adults. Actually, I already have been laughed at.

My mother and I were getting ice cream the other day when she introduced me to someone in the store.

“This is my daughter — she recently got engaged,” my mom said.

“You look so young!” the woman replied.

“Yup, she’s 12,” my mom joked. “We just figured we should sell her as quickly as possible.”

As someone who’s always been sensitive about how young I look, I quickly jumped in to explain that, no, I was not actually sold into marriage, I am 23, and this is a perfect example of why I shouldn’t leave the house without makeup.

I think this feeling of being a fraud is where it all comes from. When I was younger — and a bit of an over-planner — I decided that when I grew up, I would get married between the ages of 22 and 24. To my 10-year old self, that sounded entirely reasonable. Now that I’m 23 and actually engaged, I still feel little.

My dream house has a big train set, not crystal or china. Heck, we included a Wii on our Amazon registry. I don’t plan on ever being fully mature (at least not yet), but it’s also difficult to reconcile having a fiancé with making poop jokes. Which we do. Incessantly. It’s easier to think of my future husband as a best friend, as someone I love and want to live with forever. But the word fiancé sounds so grown up, and I’m just not ready to leave behind toys and toilet humor. Instead, he and I will simply enjoy those things together.

Getting used to saying the word “boyfriend” was hard enough, but I quickly fell in love with it. It’s been over two months since I’ve had a fiancé, and I’m still acclimating to the word. I can’t even imagine how strange it will be to call him my “husband.”