Coming Out of the Abortion Closet 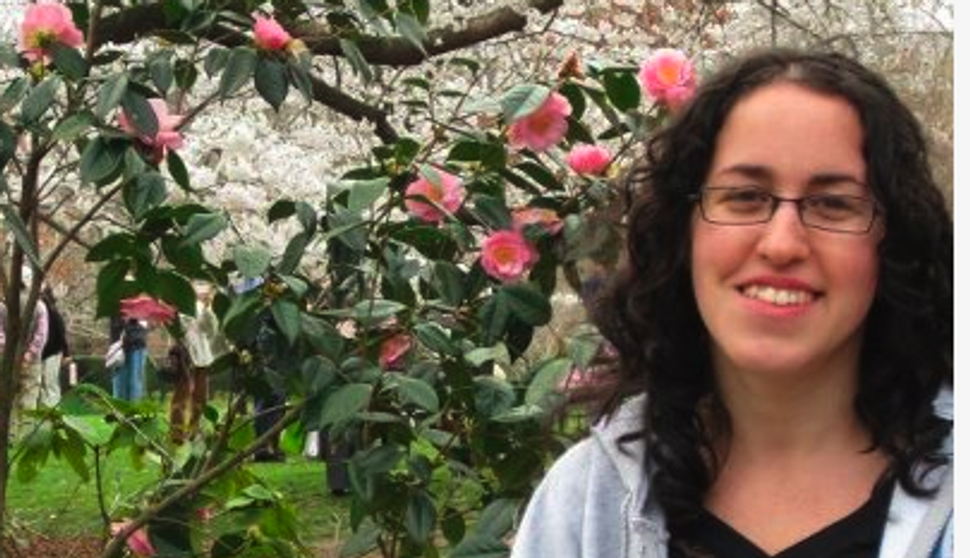 If you had an abortion, who would you tell? Your family? Your friends? The entire world? Steph Herold has worked in direct service abortion care and reproductive health advocacy for seven years. She founded the blog Abortion Gang as a space for young people in the reproductive justice movement, and runs a tumblr that doubles as an online home for abortion stories. She also founded the website I Am Dr. Tiller to celebrate the legacy of Dr. George Tiller, the Kansas physician who directed one of the few U.S. clinics that performed late-term abortions. He was murdered by an anti-abortion extremist in 2009. Chanel Dubofsky spoke with Herold about abortion stigma, activism and the Jewish history of the pro-choice movement.

DUBOFSKY: A lot of your work has been about exposing and deconstructing abortion stigma. Can you say a bit about what abortion stigma is and how it manifests?

HEROLD: To borrow from a recent study:”stigma from abortion is the discrediting of individuals as a result of their association with abortion.” It follows that many, many people are impacted by abortion stigma: people who have abortions, clinicians who perform abortions, abortion clinic staff, abortion rights activists and organizations, as well as people who support women who have abortions (such as their partners, friends, and families). Abortion stigma manifests in many ways. For example, it can impact health care provision, such as women deciding not to disclose to their clinicians that they’ve had abortions for fear of being judged or receiving inferior care. On a less individual level, the stigma surrounding abortion leads even pro-choice organizations to distance themselves from abortion, such as Planned Parenthood’s infamous claim that “only 3%” of its services are related to abortion.

What inspired you to start the “ihadanabortion” project? Are there any trends you’ve noticed since it began? Voices we hear, don’t hear, etc?

During my summer internship at Advancing New Standards in Reproductive Health (ANSIRH), my fellow researchers and I began to notice a trend of women publicly documenting their abortion experiences. We wondered what was behind this trend, who was sharing their stories, and what they were saying. As I wrote on RH Reality Check, we had the idea to create a space to view these narratives side by side. We wanted to connect the dots between these stories, so we started the tumblr as a way to explore the themes.

Of the 45 documented stories on the site, the patterns follow the general trends of who has abortions. Some stories are from women who had wanted pregnancies; most are from women who didn’t. There are stories of both legal and illegal abortions, surgical, medical and self-induced abortions. There are stories of women who’ve had lots of emotional support and those who’ve had very little. Stories of those who frame their abortion as an experience that led them to feminism, or those that divorce their experience from politics.

With all those similarities in mind, there are noticeable voices missing. Many stories focus on first trimester abortion (which may be misleading, because not all stories disclose trimester). All second trimester abortion stories are of wanted pregnancies instead of elective abortions. Very few stories disclose multiple abortions. Only one story discusses financial difficulty.

Certain voices are obviously missing: the experiences of low-income folks, people of color, people who experience emotional difficulty with their abortions, abortion stories from queer, gender non-conforming, and trans* folks, people who wanted an abortion but weren’t able to get one, and people who had elective second trimester (and later) abortions.

Why do you think more women are “coming out” about having had an abortion?

There are lots of reasons for publishing an abortion story — we can’t assume it’s because of the political landscape. Some people do it because it feels right or cathartic. Others do it because they want to put a face on the experience of abortion. Different people share their abortion experiences in different ways. Some people tell only their close friends and families, while others, as we’ve seen, publish their stories on blogs and in mainstream media spaces.

Finally, what would you say, if anything, to Jewish communities about abortion stigma and/or reproductive justice?

There is a rich history of Jewish activism around abortion-related issues. Folks have written about the right to abortion as a Jewish moral value, getting funding for an abortion from a Jewish abortion fund, and more. I also encourage folks to read up on the reproductive justice movement, which is different from the traditional pro-choice movement.

Recently, there has been a lot of great scholarship around abortion stigma. I’d definitely encourage folks to start there to ground yourself in basic definitions and concepts (here and here, for example). Thinking about abortion stigma and effective ways to dismantle it is a great entry point into activism. When we operate in a world entrenched in abortion stigma, the best we can do is try to understand each other. By re-posting these stories side by side on the ihadanabortion tumblr, we seek to better understand the experience of abortion from multiple perspectives. We also hope to encourage people to listen to these abortion stories, and find ethical, empathetic ways to engage with them. Listening to people who’ve had abortions, instead of limiting them to only political or policy-based rhetoric, is one way to support people who’ve had abortions.

Coming Out of the Abortion Closet