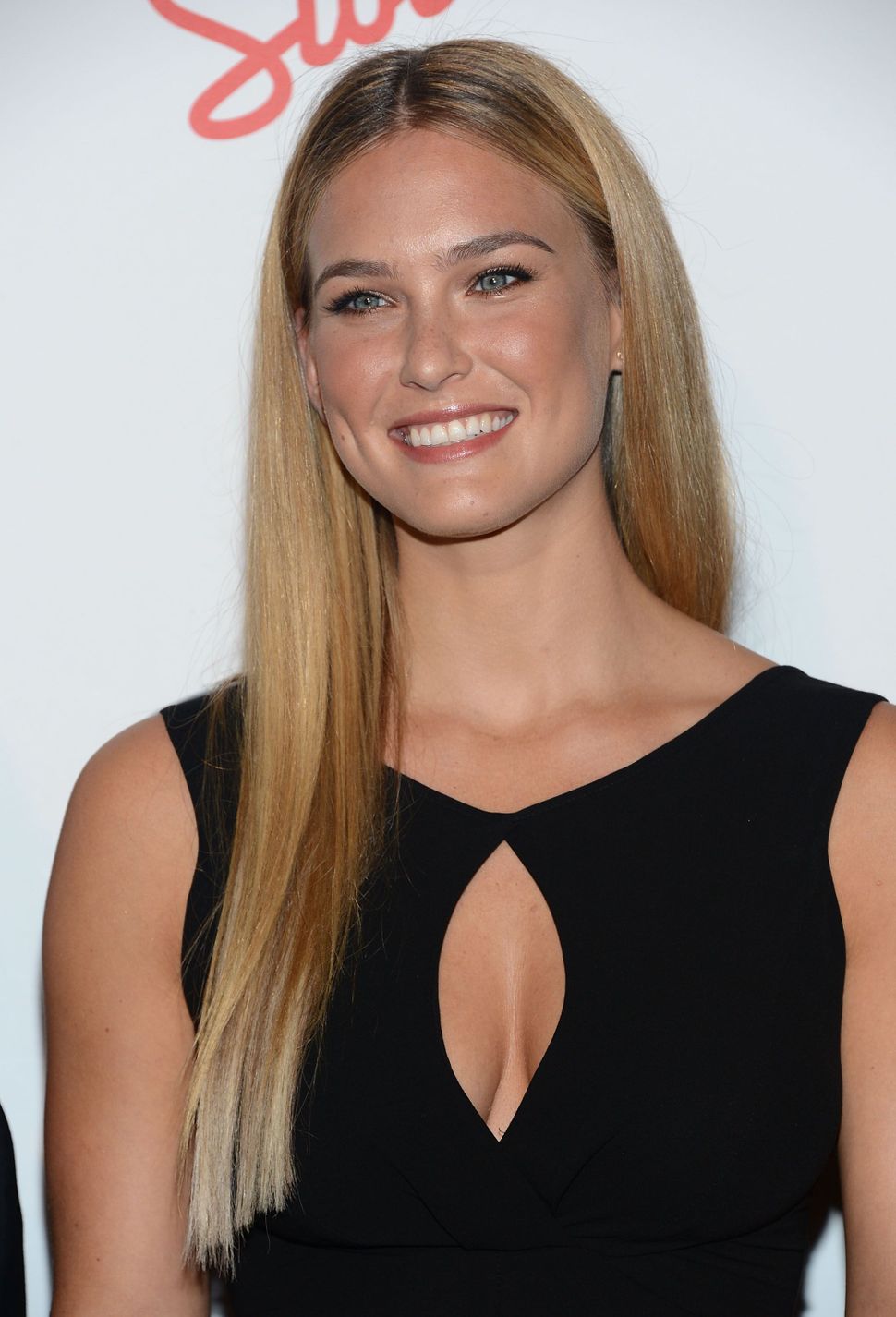 Bar Refaeli is a supermodel. She’s also Israeli. That means that questions about her Jewishness often come up in interviews. Even the lad mag “Maxim,” which named her their #1 hottest woman this week, comes off sounding like her mom when they inquire whether she’d consider setting up a profile on JDate. “Maybe if I’m still single when I’m 40, but not for now,” she replied.

Unlike the half-Israeli Natalie Portman, who was married in a traditional Jewish ceremony last weekend and talks openly about her Jewish identity, Refaeli doesn’t seem that interested in discussing religion. Her longest and most high-profile relationship was with serial modelizer Leonardo DiCaprio, who isn’t Jewish. She has most recently been linked to snowboarder Shaun White, who also isn’t Jewish.

While it’s certainly Refaeli’s prerogative to date whomever she wants, Jewish or otherwise, it’s also worth pointing out that there are some men who aren’t interested in dating her, even if she looks like this in a bikini.

In 2010, Refaeli became the target of a scandal in her native country when news broke that she had evaded her mandatory military service by marrying and then quickly divorcing a family friend. (Israeli law excuses married women from IDF obligations.) After the story broke, many Israelis and American Jews vowed to boycott anything that the model endorsed, even if it meant passing on the Sports Illustrated Swimsuit Issue. There are in fact some men who would choose politics and allegiance over a smoking hot body, and some of them might have JDate profiles.

There’s also one big reason why Refaeli isn’t interested in diving into the world of online dating: She doesn’t need to. Like everyone else, Refaeli has her own “type” when it comes to dating. She doesn’t owe the world at large an explanation about whether she’s dating Jews or not, but because of her nationality, she will always be asked Jewish questions. I don’t think “Maxim” would ask an African-American swimsuit model if she was going to join an all-black dating website, or a Latina model if she was going to sign up for a profile on a Hispanic dating site. Maybe JDate should give their marketing team a fruit basket, because it seems like plenty of non-Jews know about the site and its ubiquity.

“Maxim” didn’t ask Refaeli if she would consider making a profile on Match.com or on eHarmony. The specific question about JDate came simply because she is Jewish, even though she may not practice or consider herself religious. She may or may not be in the market for a Jewish partner, but here’s the thing: She, like every other adult woman on earth, should have the right to choose who she wants to be with. If there’s really pressure for her to find a Jewish boyfriend, it would make more sense coming from her family than from a magazine interviewer. Frankly, I’m thrilled that Refaeli isn’t competing for dudes on JDate. It’s hard enough to date online without having a supermodel in the mix. And she’s 27, which means that if she changes her mind it’s still another 13 years before she makes a profile.