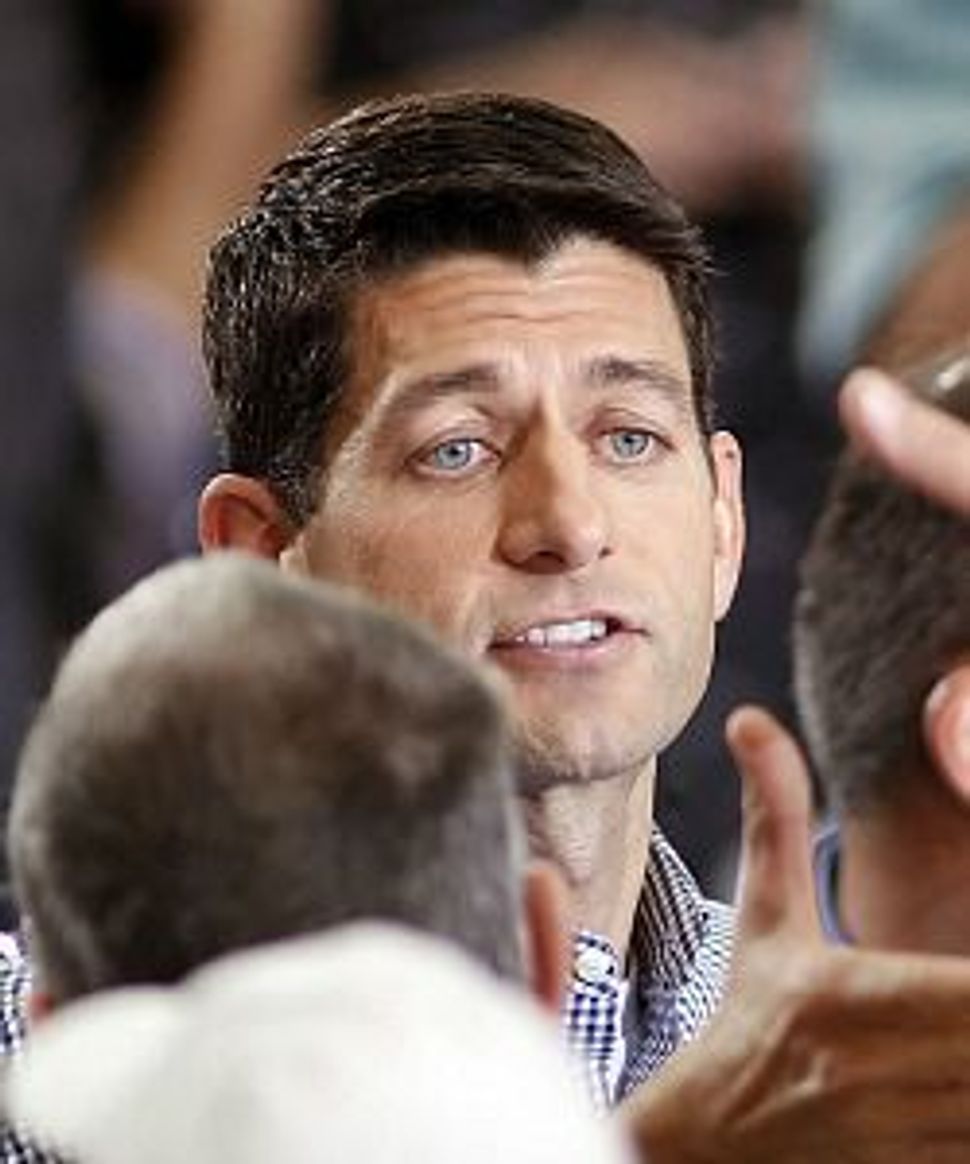 As soon as Republican Presidential candidate Mitt Romney announced Rep. Paul Ryan as his pick for vice president, critics pounced on the all-too-familiar spectacle of two white men in suits campaigning side by side. The stark contrast to 2008’s groundbreaking race — a black nominee! a female GOP veep nominee! — stood out to women’s and feminist groups, and not just because a woman wasn’t on the docket.

Most of the posts I read about Ryan from my fellow feminists arrived in the form of lists, as though the only way to organize and channel our collective feelings of inchoate rage was to calmly enumerate all of the reasons we don’t like this guy. The pro-choice, pro-women group EMILY’s List struck first, sending out an email almost immediately with its own catalog of reasons Ryan was “bad for women,” including his votes against food stamps and abortion.

Feministing produced another take on the Ryan listicle, and Jezebel went even further with its highlighting of “nine depressingly kooky facts” about the soon-to-be veep nominee, including not just those troubling votes and budget proposals but his avowed worship of Ayn Rand, his crackdown on protesters at a town hall and the illustrative fact that his budget cuts slash so many programs for the poor and elderly he has actually attracted the disapproval of the usually Republican-friendly Council of Catholic Bishops.

Even the President Obama’s social media team got into the “Ryan hates women” game, tweeting, “Make sure the women in your life know: Paul Ryan supports banning all abortions, even in cases of rape or incest.

With all the depressing news about Ryan’s record and what it means for women, it was nice to see some humorous approaches, too — specifically “Paul Ryan Gosling,” a Tumblr project cleverly pivoting off of the Ryan Gosling “Hey Girl” Internet meme (which juxtaposes beefcake photos of the star with humorous statements of seduction) to illustrate and poke fun at the candidate’s extreme beliefs. My favorite entry thus far? “Hey girl, I hope you understand why I voted against equal pay for women. I just don’t believe women should be paid anything for cooking cleaning, or having babies. But damn, you’re sexy.”

If you’re going to endorse policies that make life miserable for half of the population, we might as well be able to laugh at you.