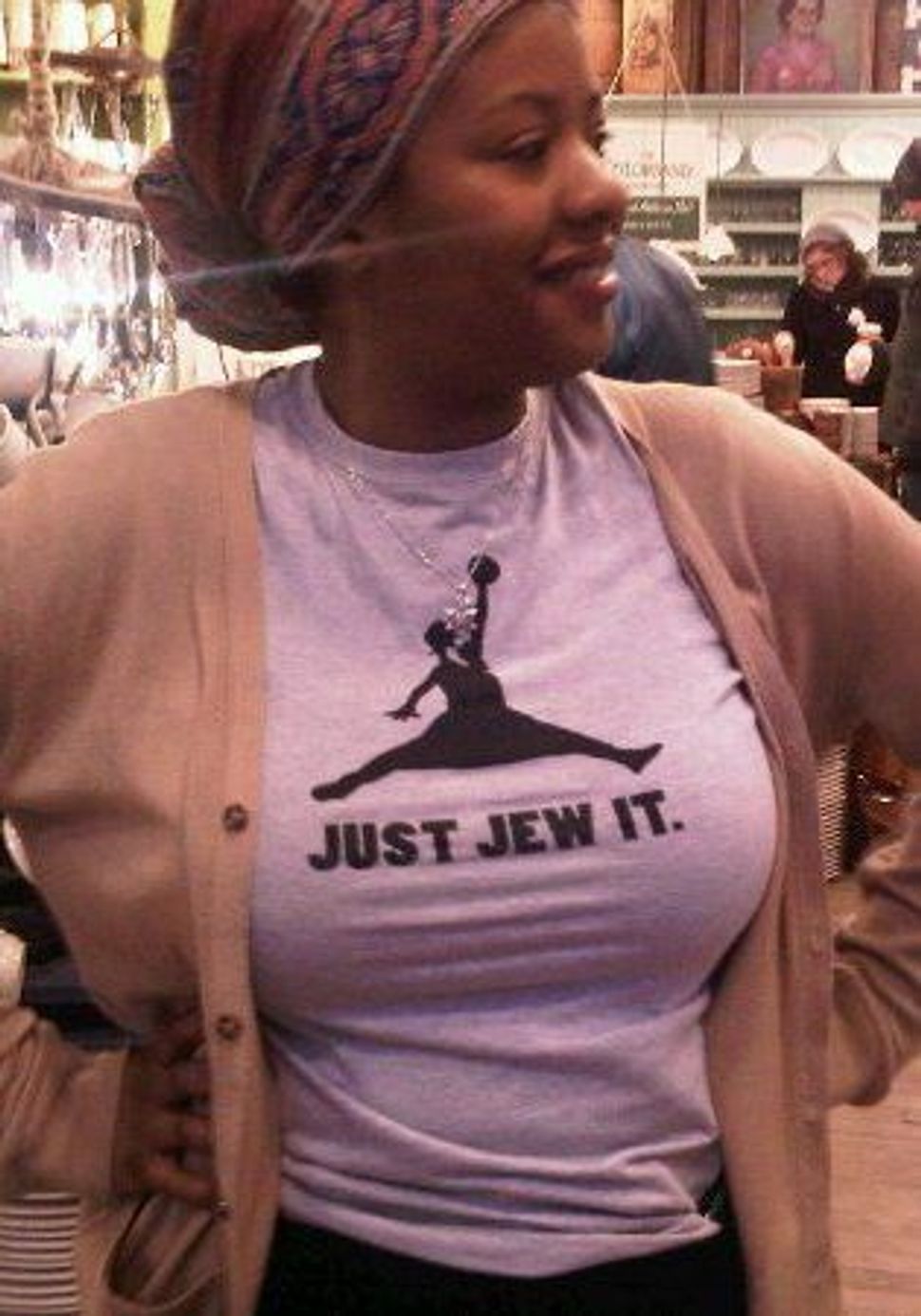 I smiled when I read the title of Chanel Dubofsky’s latest Sisterhood post, “Why I Don’t Want Children.” I met Chanel last year when we were both working for a local Jewish non-profit. We bonded over our love of great coffee, feminism and pugs. The one topic we did not bond over was motherhood. I’ve always known that kids aren’t in Chanel’s future, just as she knows she’s off the hook for babysitting when I have a family. The reason we can have honest conversations about her choice not to have kids and my desire to have lots and lots of babies is that we’re in front of the same firing squad.

Despite shows like “Modern Family” and the upcoming “New Normal,” not to mention gay celebrity dads Neil Patrick Harris and Ricky Martin, society still demands that women live lives based on hetero-normative family values, i.e. the husband, wife and children. When you fall outside of these “normal” parameters — when you choose not to have children (like Chanel) or to be part of a queer couple (like me) — it’s somehow perceived as a threat. For some women, the choices they make have very little to do with what their family, religion and society wants for them, and yet all three are often the most critical of the personal choices women make.

I have wanted to be a mother for as long as I can remember. Growing up, I used to play house with my sister. We’d line up all of my dollies and teddy bears around the kitchen table to dole out breakfast before heading off to “work.” The beauty of being a child of the ‘80s was that I knew I could be both a mother and a businesswoman. Clair Huxtable of “The Cosby Show” was my role model. I believed that I, too, could have five wonderful children, be a top-notch lawyer, and make wonderful meals for my husband when he’s not cooking chili.

My mother was another example of a strong woman who knew how to manage it all — her career, her two kids, and her ability to always get home in time to make dinner. I attended an all-girls preparatory high school in Toledo, Ohio, surrounded by supportive teachers and wildly smart classmates. My government teacher in particular was influential in shaping my beliefs, making me the woman that I am today. She didn’t encourage us to be assertive; she demanded it. I remember her telling us to be confident, strong-willed and self-assured in all that we do. My single-sex prep school didn’t churn out wives; it graduated leaders. I decided then that I would never change my name after I got married. I wanted a career, and I wanted to be self-sufficient, and I wanted to be a mother — in that order.

Things took an interesting turn when I came out at the age of 28. For a while, I thought that my desire to have children was lost. Could I find a woman I’d not only want to spend the rest of my life with, but one I wanted to start a family with? Would I be a single mother? Was marriage still important to me? After converting to Judaism a year ago, my questions continued. Would I find a Jewish partner? Would we have a Jewish home? Would my bi-racial children with two moms be considered Jews?

Ultimately I did meet the perfect woman, a nice Jewish girl I’ve spent the past four years with, and I realized that becoming a mother wasn’t a lost cause. I probably would have tried to have a family had I not met her, and I probably would have had to field questions about that decision or validate my choices more frequently. But that’s no different than what I do now when people find out that my partner and I want to have kids. To some people, children and family are defined by very narrow parameters; stepping outside of that box is an uphill battle.

According to society, Chanel’s choice to not have children deems her selfish and self-absorbed. According to her religion, she’s ignoring the obligation to grow the Jewish people through procreation. But I respect her, and I’d much rather hold her up and affirm her choices than drag her down because we want different things from life. Living a life with children doesn’t guarantee a life full of happiness, just as a life without children doesn’t necessitate loneliness and despair. In my opinion, living a life of purpose is the key to happiness, with or without children.