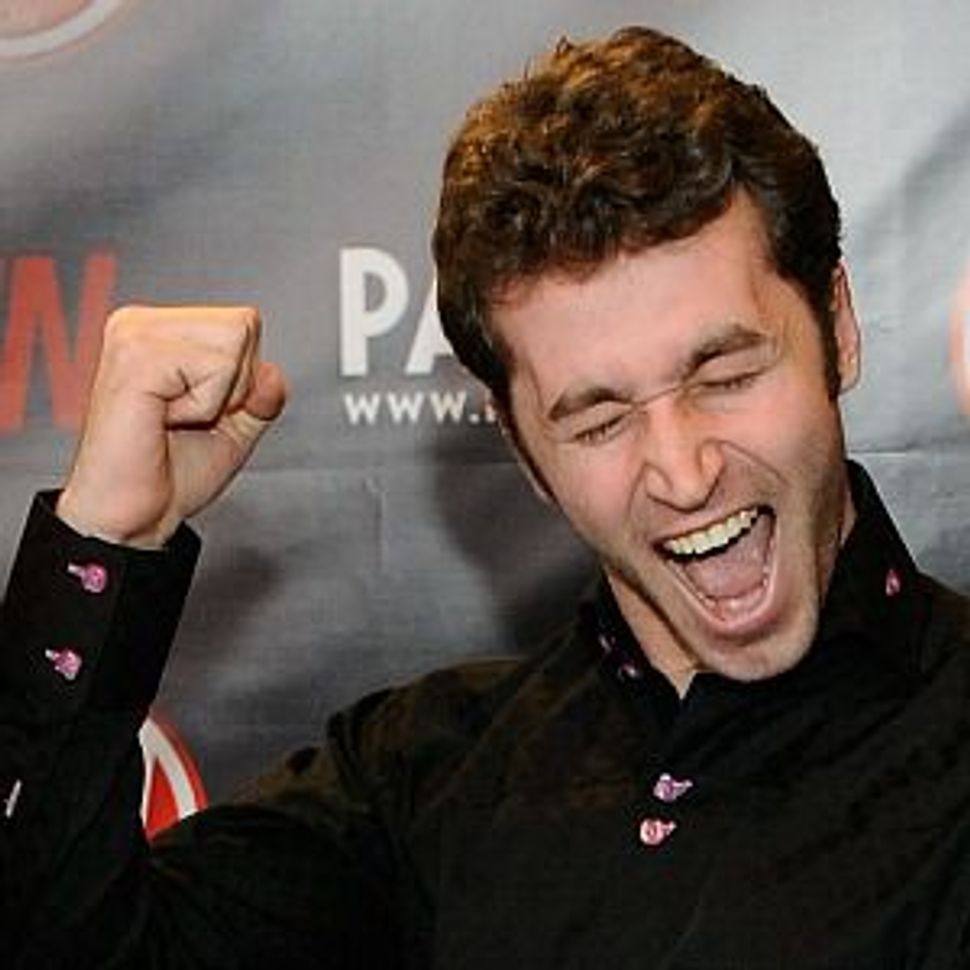 Deen’s popularity with women has been attributed to the attainable and non-threatening quality of his boyish looks and slim physique. But for me, there was something familiar about his self-deprecation and sarcasm. It’s not just that his physical appearance reminds me of that hot Hebrew School teacher I had a crush on. Evident in his personal Twitter feed, blog posts and interviews are his humor, honesty and wit; they’re all the things I find irresistible — and associate with Jewish culture. He even cleverly mocks porn tropes and ethnic stereotypes, tweeting “i have decided that since i have played a doctor so many times in porno’s and because i am a jew, i now have a honorary medical degree.” So the grammar could use some work, but there’s no denying that he’s funny.

Alas, my friends and I never made it through a full movie. We stopped and started a few of them that night. Usually, we lasted through one early sexual appetizer before graphic displays of bodily fluids commenced, which is when one of us would shut the laptop. I feel pretty confident speaking for my friends when I say that none of us was especially turned on. I was a little frustrated and disappointed that I wasn’t. At first, I worried that I was too prudish or immature to enjoy the scenes, but I realized that my infatuation with Deen had been just that, a fairly innocent crush rather than a gateway into some adult world of pornography.