My Baby, My Choice 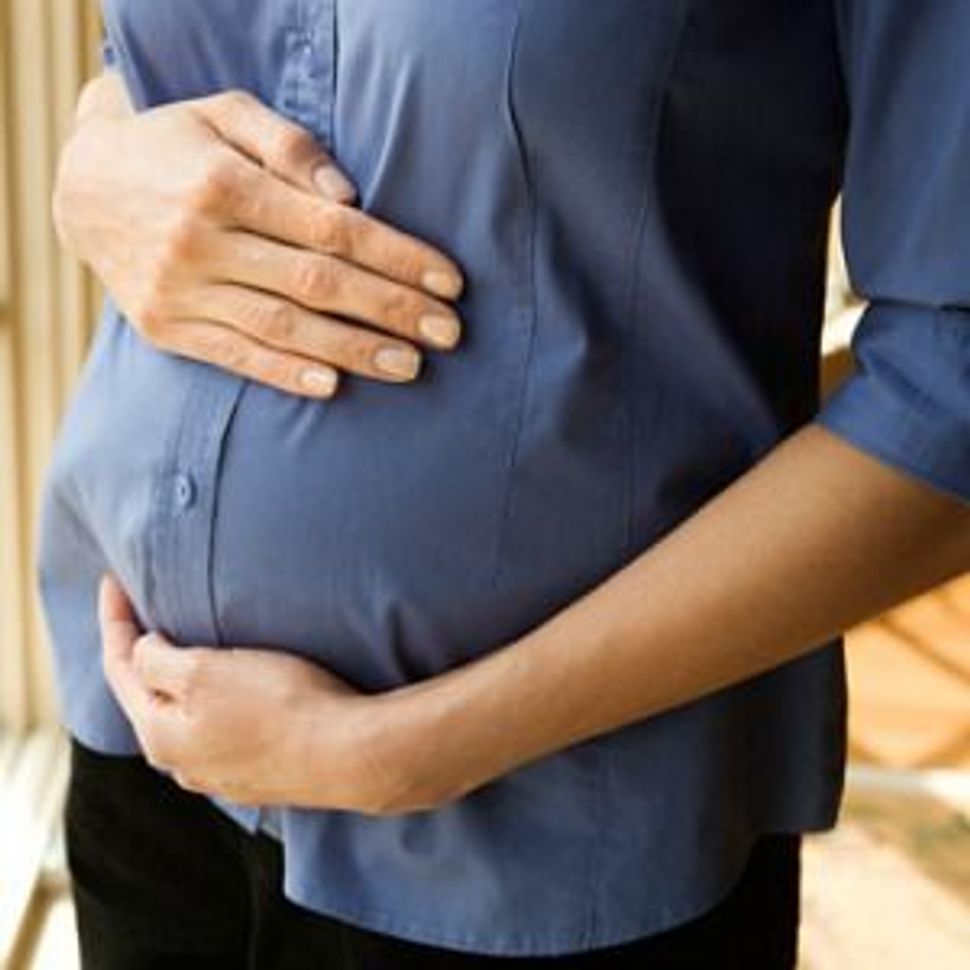 This post is the sixth in “Feminist, Orthodox and Engaged,” a series by Simi Lampert on love, sex and betrothal in the life of a Modern Orthodox woman.

Let me make this clear: I do not plan on being pregnant anytime soon. So for everyone whose eyes start darting to my belly as soon as I’m hitched, know that any bulge you might see will be the result of excessive wedding cake consumption rather than a growing fetus. At least I hope.

For young Modern Orthodox women, the pressure to start having children as soon as you’re married is neither subtle nor surprising. As soon as I got engaged, friends and family members started telling me to take folic acid to prepare for my upcoming pregnancies (yes, plural). My grandmother, God bless her soul, has been guilting me into marriage and pregnancy ever since I was 12 years old. As an Orthodox woman, the reminders that marriage is, ultimately, a step on the path to procreation, never end.

The first commandment assigned to man was “Be fruitful and multiply.” No pressure there. Yet even though most Orthodox rabbis say this commandment can’t wait much more than a year after marriage, others amend that as long as you intend to fulfill the commandment, you can put it off for more than a year. Okay, phew.

Still, Orthodox Judaism is an incredibly close-knit community, and this closeness brings with it some wonderful benefits — that in return conjure up some potentially irritating drawbacks. So when my fiancé, Jeremy, and I decided we didn’t want kids right away, we did have a halachic leg to stand on. But that didn’t diminish the expectations that our friends and family had for us. Nor did it stop me from second-guessing my own decision.

Preparing for a new stage in my life opens up a world of overwhelming decisions, but the freedom to choose is exhilarating. Where will we live? What do we want in our house? Who will cook dinners? The choices can be mundane, but they are ours. So much is dictated by rabbinical standards, but ultimately, our life belongs to us.

As a couple, Jeremy and I want time with one another. We want to learn each others’ quirks and habits, become a synchronized team before a third — or fourth or fifth — member is added. And yet, I can’t help revisiting this choice every now and again. Not because I think halacha would have me do otherwise, but because my uterus feels the need to make its presence known.

At a friend’s party recently, Jeremy and a particularly adorable baby quickly bonded over a similar sense of humor (he would make ridiculous faces, and the baby would giggle hilariously). The baby cried whenever my fiancé walked away, and Jeremy ended up holding the baby for a while. I stood there beaming at the image of my future husband holding a beautiful baby — until I caught myself. “No!” I said, “I can’t handle this cuteness.” A picture of Jeremy and the child surfaced on Facebook the next day, causing my ovaries to skip a beat every time I glanced at it.

I know that I am not ready for kids, not financially nor emotionally. Jeremy and I want time with each other before we begin a family, time to learn and grow and, yes, to become financially stable (or as close as we can get in this economy). We both want kids, and we talk endlessly about how we’ll raise them, what we’ll teach them, whether we’ll dress them preppy or hipster. But not now. Not anytime soon. This is a decision that will shape our entire future, and one that we alone will make.

My Baby, My Choice