What’s the Point of Girlfriends? 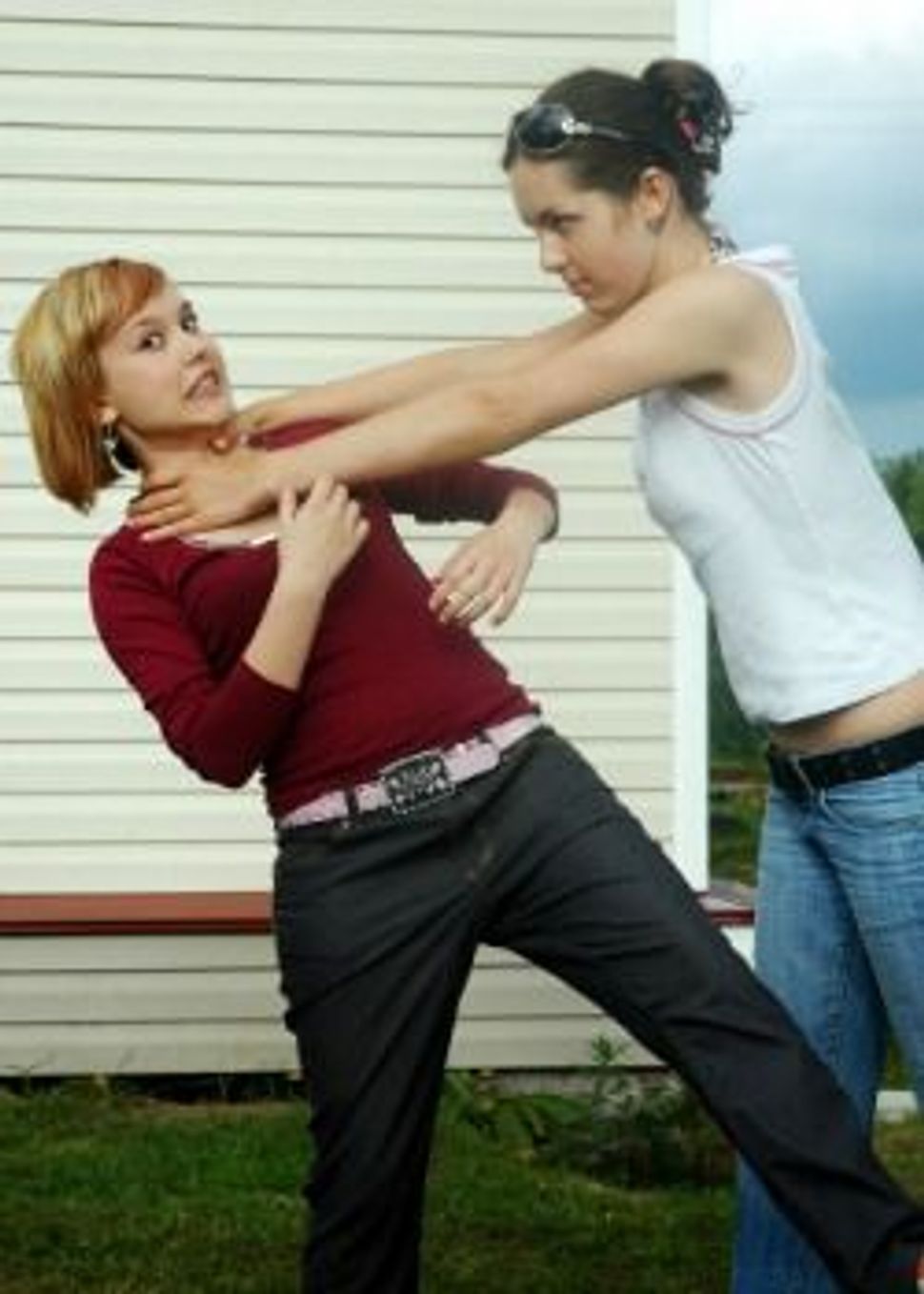 I think it’s important, before going any further, to level with you about what I did last weekend. I watched “Bridezillas.” A lot. If you’re not familiar with this show (and if you’re not, I don’t suggest rushing about trying to remedy that), it’s marketed as a program about spoiled, bitchy, selfish, insane women who make the lives of their fiancés and other loved ones miserable in the name of having the so-called perfect day. In actuality, it’s a show about how the wedding industrial complex — and all the toxicity it’s fed women for our entire lives — makes us crazy. (Okay, it’s possible that these women may have had a touch of the crazy to begin with, but buying into the myth that a wedding and a husband will fix all of your problems is not helping anything.)

In this particular episode, there was a scene in which two women get into a fight over the bouquet. And when I say fight, I mean scratching and hitting and hair pulling. Why? Because as every single or unmarried woman knows, the person who catches the bouquet will be the next one to get married. And according to this “reality” television show, this ritual is enough to send women — not just any women, but those who are friends and relatives — into a public, physical altercation. Since “Bridezillas” belongs to the sorority of “reality” shows about women, sex and marriage, I’m sure this scene was encouraged, if not outright staged. Regardless, it’s a stereotypical portrayal of women’s relationships as being predicated on achieving a man.

Female friendships live a curious life in the sexist imagination. For a while, they’re allowed to be fierce and tight, a source of deep strength. But at a certain point, this bond is supposed to be replaced by a boyfriend, and then by a husband. Female friendships are seen as a holding pattern (like roommates) until the real deal (marriage) happens, and then … what?

In [“The God of Marriage,”][1] Avital Chizhik’s op-ed in last Thursday’s New York Times, she references the phenomenon of women’s friendships disappearing once marriage happens.

I sigh and think, all women are the same. This envy, so thinly disguised — just like the conversations I have with my own girlfriends, all of us rushing to add the obligatory “but I’m so happy for her.”

Yeah, no one talks to married friends. They fall off the face of the earth.” I smile: It’s the perpetual complaint of the single girl — until she herself is no longer single, and becomes busy with wedding registries and guest lists and then a kitchen and then diapers.”

Of course, relationships of all sorts inevitably change, and not just because people become partnered. There is quite a difference, though, between the natural change that occurs and the constant assertion by media that women’s friendships are inconsequential after a certain point in life.

Alison Bechdel, cartoonist author of “Fun Home, Are You My Mother?,” references this phenomenon in her long-running comic strip Dykes to Watch Out For (DTWOF). The Bechdel Test, which the DTWOF characters speak of, evaluates movies based on three criteria. First, are there at least two women in it? Second, do they talk to each other? Third, is it about something besides a man? (Here are the ones that pass the test.) It’s not a long list, which says something about the limited manner in which we conceptualize women, their lives and their relationships with each other.

In addition to the fact that people need many kinds of relationships with many different kinds of folks (read: a romantic partner does not and should not fulfill all one’s needs), the concept of women in close relationship with each other is deeply threatening to a society steeped in sexism. This is why queer and lesbian identified women are so reviled; any woman who doesn’t build her life around men, who needs other women with the ferocity and energy that she’s supposed to reserve for men, is mysterious and dangerous, upsetting to the natural order of things. Women’s friendships are game changers, not only in terms of how we see ourselves, but in how we build power and make change.

What’s the Point of Girlfriends?