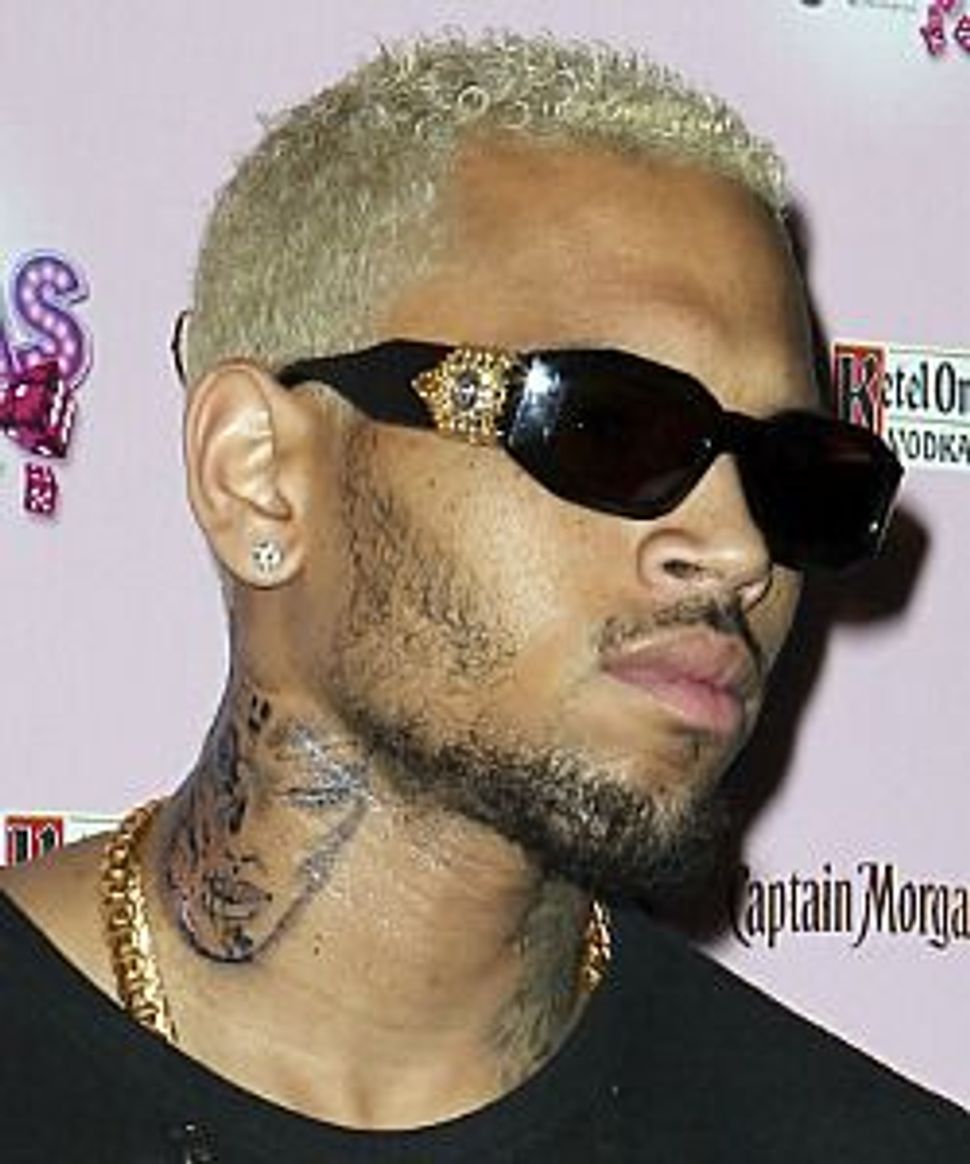 And really, does it matter when the ink is in such poor taste and the inked — a man who remains a successful singer with major chart hits — has never fully come forward to express real contrition, or any sort of remote understanding of the impact and context of his actions that infamous night when he was arrested for assaulting Rihanna?

If you need a reminder, read a summary of the police report here, but note that it’s not for the faint of heart.

Feminist thought on the Brown case has been solid and uniform. Zerlina Maxwell at Feministing wrote down opinion before the “day of the dead” explanation surfaced, noting that whatever the explanation, the disturbing power of the image will remain:

Brown doesn’t appear to be reformed, remorseful, or even the slightest bit disturbed by the horrific nature of his actions. I hope I’m wrong. I hope this is one of those times where we see an image of Jesus in a puddle of rain or something but this picture looks an awful lot like a women’s battered face and Chris Brown wouldn’t be the first batterer in history to be proud of the pain he has inflicted.

Indeed, Chris Brown is one of thousands and thousands of abusers and batterers walking around with impunity in our society — along with other celebrities who have been arrested for hurting women (ahem, Charlie Sheen). The fact that Brown does outlandish things like getting this tattoo and constantly acting in defiance of the public and his critics makes him an easy target for public outrage.

Still, as Amanda Marcotte noted, the publicness of his example provides a great explanation for the behavior of pathological abusers in general:

Men who beat and rape women want to feel powerful. They want to feel manly. And because hitting women and raping women makes them feel these things, they want to brag about it. Indeed, telling others about it and watching them recoil basically means reliving the power trip all over again. Not only did they dominate the victim, but they have provoked anger and disgust in you, and that makes them feel powerful all over again. A tattoo commemorating beating down your girlfriend is a trophy. I suspect a lot more batterers wish they could get such a trophy, but they don’t have the same social support that a rich and famous man like Brown has, so they have to curtail their bragging quite a bit.

Indeed, compare Brown’s tattoo with Charlie Sheen’s bizarre public behavior last year and his insistence — despite multiple women calling the cops on him — that he was “winning.” The way the public and entertainment industry react to these scandals by enabling the perpetrators is instructive of exactly how not to treat abusers.