On the ‘Redemption’ of Chris Brown 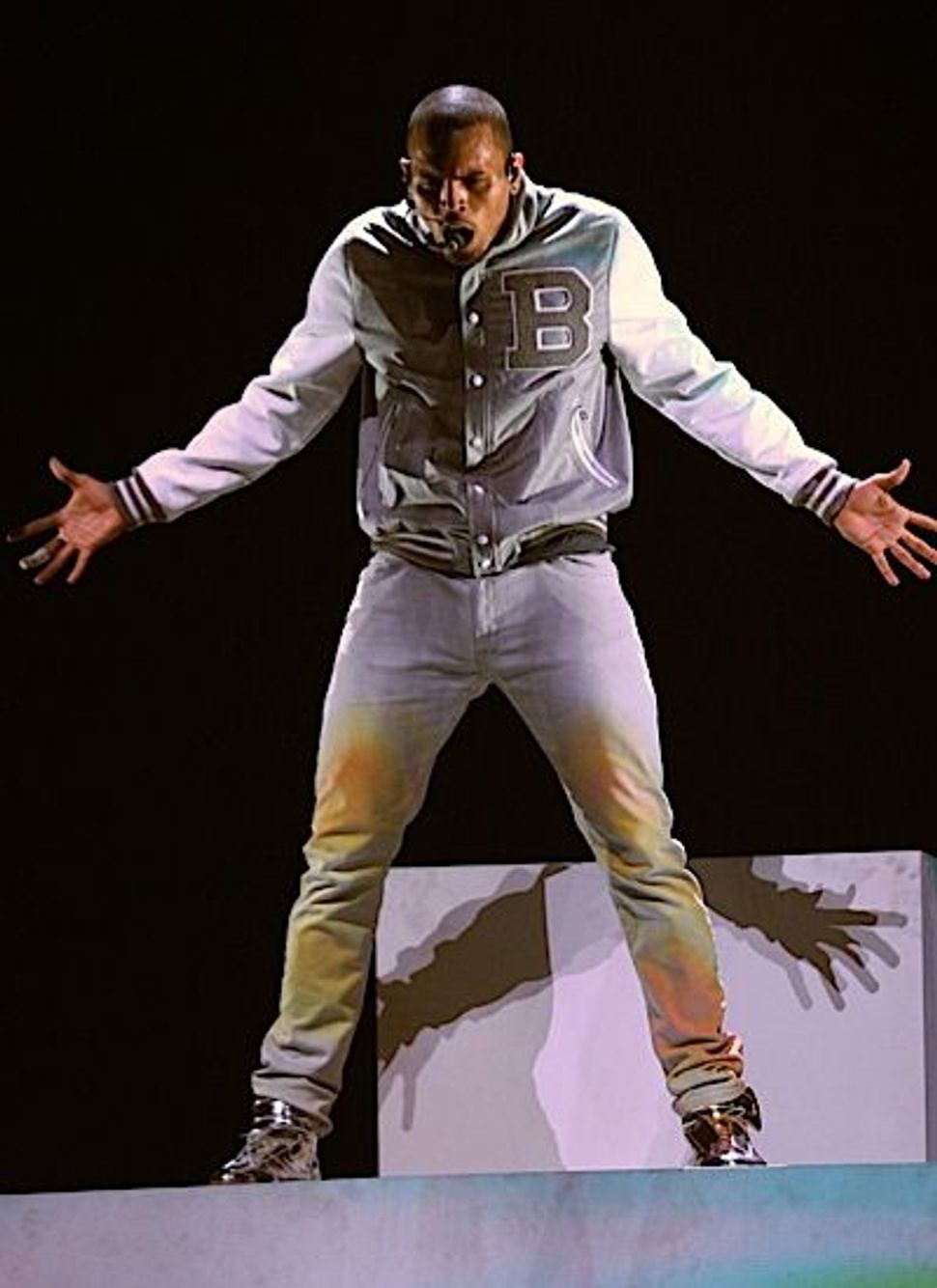 Like Elana, I was riveted by the Grammys Sunday. There were so many narratives, from the tragic passing of Whitney Houston to the triumph of Adele. But also like Elana, there was one narrative I could seriously have done without: the “redemption” of Chris Brown a mere three years, and zero signs of genuine contrition, since the night he seriously beat his then-girlfriend, Rihanna.

Since then Brown has worked hard to advance the narrative that he has been somehow victimized — and childishly trashed his dressing room at “Good Morning America” when the host dared to ask him about the incident.

But then he sold a lot of records, and he was welcomed back with open arms.

Now let me be clear: I do believe that we are all human, that it is possible to make up for past mistakes, even grave ones. I also note that other known abusers — many of them — have showed up on that Grammy stage (or similar Oscar and Emmy and ESPY stages) and been feted, some deservedly at the end of their careers, some ill-advisedly.

But what so disturbed DV advocates and women, I think, was how unquestionably, how uncritically and how soon Chris Brown was asked back to that stage.

Redemption for an act of violence is not the same as redemption for a drug problem or any other celebrity slip-up or scandal. Making up for an act of violence is not done by working hard on oneself and focusing on music or sports. Instead, Brown’s act could only be atoned for by his addressing the problem of intimate-partner violence and working to end it in a larger way, by his recognizing that this mistake wasn’t a personal failing but an aggressive act towards a whole segment of humanity, part of a societal plague.

So women’s advocates have every right to be upset by the message that Brown’s apparent absolution shows to young women — a number of them, as Elana noted, disturbingly posted on Twitter that they’d be fine with a beating because Brown is so dreamy.

This problem isn’t isolated to pop culture: Just recently in the Senate Judiciary Committee, the GOP refused to back a renewal of the Violence Against Women Act. They objected to its including the undocumented and members of the LGBT community, you see, so threw all women under the bus to be true to their bigotry. The New York Times reports:

The law’s renewal has strong backing from law enforcement and groups that work with victims, and earlier reauthorizations of the law, in 2000 and 2005, passed Congress with strong support from both sides of the aisle.

In 2012, violence against women, which affects so many of us, is still a partisan issue, apparently.

And that’s why Chris Brown’s “triumphant” return, so soon and without an apology, is deeply problematic: a highly visible symptom of a deep disease.

On the ‘Redemption’ of Chris Brown