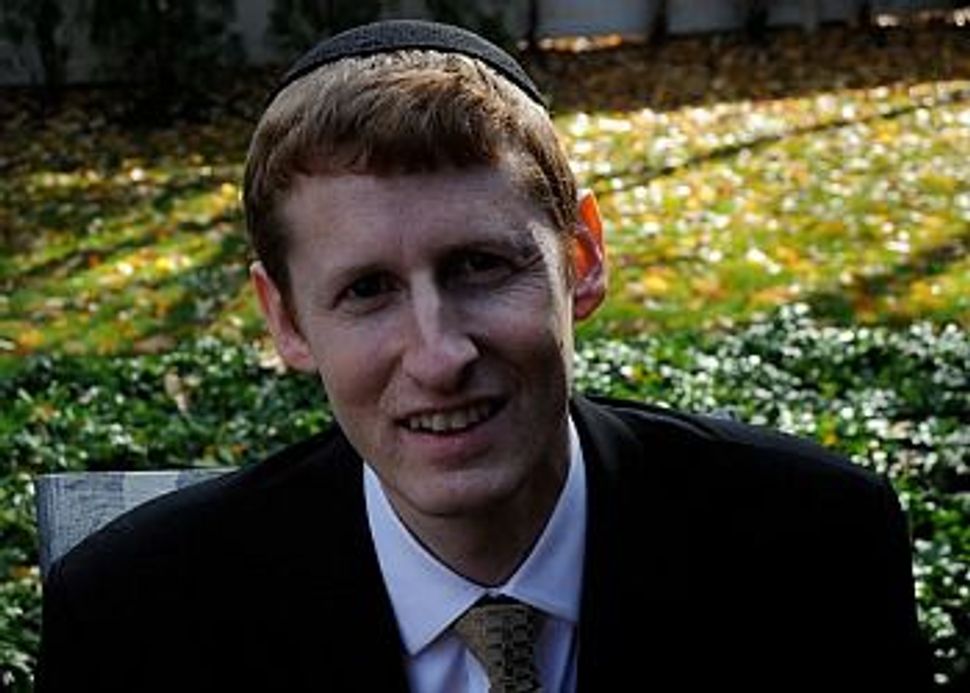 Rabbi Shlomo Weissman, director of the Beth Din of America

On a recent Sunday evening in Jerusalem, 25 married couples gathered to have both partners in each pair sign a “mutual respect contract.” The contract was created by three Orthodox rabbis at the behest of Mavoi Satum, a Jerusalem-based organization devoted to combating abuse of the Jewish divorce process.

If the couple decides to divorce, the mutual respect contract is brought to family court, which adjudicates the couple’s secular divorce and shares it with the rabbinical court overseeing the religious divorce, also known as a get. The contract stipulates that if either member of the couple delays the divorce process by more than six months — if the woman refuses to accept a get or the man refuses to grant it — then the recalcitrant spouse must pay the other $1,500 a month or half his or her salary, whichever is greater.

It sounds similar to the pre-nuptial contract (which can also be signed after a couple is already married) created and promoted by the Orthodox group the Rabbinical Council of America. That contract, which can be seen here, requires that if a couple separates, the husband pay his estranged wife $150 a day until a Jewish divorce is granted. If his wife refuses to appear before the Beth Din of America, then his obligation ends.

The contract has been considered controversial by some rabbis, who believe that any financial inducement for a man to give his estranged wife a get is tantamount to coercion, and therefore invalidates the Jewish divorce.

But Rabbi Shlomo Weissman, director of the Beth Din of America, the rabbinical court connected with the RCA, which adjudicates divorces, put it another way: “It provides an incentive for the get to be given earlier rather than later,” he told The Sisterhood. “It creates an obligation on the part of the husband to support his wife so long as they are married under Jewish law but not living together.”

While controversy about the halachic prenup ran high when it was first introduced in the 1990s, that seems to be waning, according to Weissmann. A survey of RCA members in December 2009 found that 70 percent of the rabbis who responded said they were willing to use the prenup, Weissmann said.

And, while not all RCA rabbis require that a prenup be signed before officiating at a wedding, it is being increasingly used, he said.

“I get the sense that slowly, more and more people are signing the prenup either because rabbis are becoming familiar with it or because brides and grooms have heard about it, are sensitive to the agunah problem and are signing it,” he said, referring to the situation when women are anchored to dead marriages by husbands unwilling to give them a get.

“There is a cultural reticence to introducing new practices in Jewish weddings. That more than anything else is why people have been slow to adopt it,” Weissmann said.

According to a study last year, there were a few hundred women in the U.S. whose husbands were refusing to grant them a divorce. It has become so common as to be unremarkable for men to grant their wives a get only if the women agree to make certain concessions, financial or in terms of custody arrangements, as part of the secular divorce.

While he said he couldn’t comment on the Mavoi Satum contract, he said that signing the RCA prenup before being married in the U.S. helps the Jewish divorce process run smoothly, if a couple’s marriage fails down the road. “The get isn’t used as a bargaining chip.”