My Apartment, My Sukkah 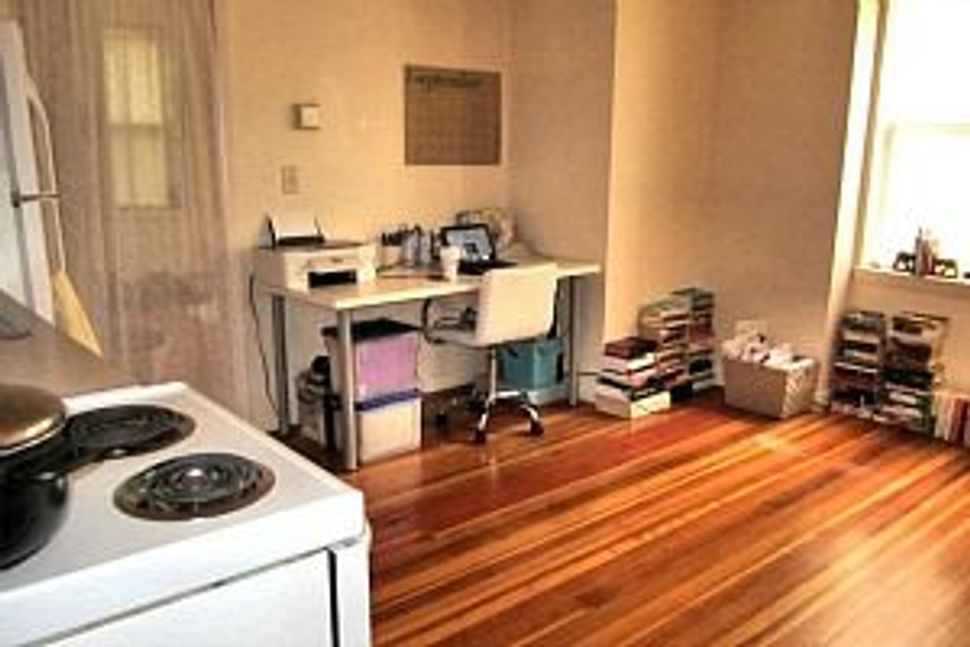 Of all the holidays I’ve never observed, Sukkot has always looked like the most fun. Growing up, I didn’t know anyone who celebrated the autumn festival; my awareness of it came entirely from reading. Sukkot would have seemed exotic if it wasn’t somehow so familiar, a combination of Thanksgiving and being allowed to sleep on the back porch.

Sukkot is known as “the season of our rejoicing,” and though I appreciate the story of the ancient Israelites’ miraculous survival in the desert, what strikes me most is the holiday’s minimalism. Though Jewish law doesn’t forbid you from building an enormous sukkah and filling it with all your belongings, practicality dictates that most sukkahs are small, just a place to eat, (optionally) sleep, hang out surrounded by harvest-themed decorations and, well, rejoice.

So it’s not quite as odd as it sounds that, this year, when I noticed Sukkot was approaching, I thought of my apartment. Sure, it cannot be folded up and stored away, and its roof is neither constructed from natural materials nor partially open to the stars. But my current home in New London, Conn. — and almost every other unit I’ve ever lived in anywhere — is small, basic and, dare I say, sukkah-like. To a lot of people’s consternation, I’m happy with that.

I am hardly the first to make a connection between minimalism, happiness and Sukkot. And I would not be surprised if others had associated this idea with broader debates about American materialism and whether ever-growing McMansions really provide personal fulfillment. (The maximalists seem to be winning at the moment: According to the U.S. Census Bureau, the average size of a new single family house went up 88 square feet from 2010 to 2011.)

As a freelancer who works from home, I can claim a portion of my living space as a tax deduction. But last year, when I told my tax preparer my apartment’s size (under 200 square feet), she didn’t believe me. She even went online and pulled up my building’s floor plan from municipal records, triumphantly informing me that in fact my place was over four times as large as I’d said it was. “But that’s the entire floor,” I said. “That includes two other apartments, one twice as large as mine, as well as a hallway and staircase.” She looked skeptical, and grudgingly typed in a number about twice my actual square footage.

Though I could have argued longer (and maybe saved a few dollars), I knew it was pointless. And it could have been worse; she hadn’t seen the inside of my apartment, where my books line up along the baseboards sans bookshelf, my mattress rests on the floor, and there is not a couch in sight.

Of course it would be different if I still lived in New York. The city is known and sometimes quasi-celebrated for its tiny studios. But while diminutive dwellings exist elsewhere, they’re considered sad. (A story last month in the Hartford Courant listed unit size — 295 square feet — before decrepitude and leaks in a list of problems to be fixed at a suburban senior housing complex.)

I am fascinated by these wee cabins, these people with only 100 objects to their name, these domiciles not much bigger than classroom cubbies. I sit in my teeny one-bedroom and covet other people’s teeny one-bedrooms. It’s weird.

Or maybe it’s just an innate wish to return to a simplicity so long gone we have to look to Biblical times to find it. Maybe that’s what first drew me to the idea of a cozy sukkah and the celebration of simple shelter and the fruits of the harvest.

My Apartment, My Sukkah